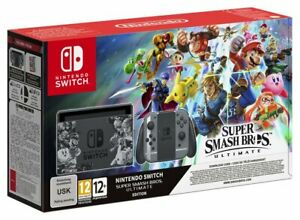 Themed Joy-Con controllers New stages and fighters are joined by the combined rosters of every past Super Smash Bros. Game.

Challenge others anytime, anywhere, whether you're on the couch or on the go Play any way you want—locally, online, in TV mode, Tabletop mode, Handheld mode, or even with GameCube Controllers Fight faster and smarter with new and returning techniques, like the perfect shield and directional air dodge.

PostTweetShare Share with WhatsApp Share with Messenger
Community Updates
EBay DealsEBay discount code
If you click through or buy, retailers may pay hotukdeals some money, but this never affects which deals get posted. Find more info in our FAQs and About Us page.
New Comment Subscribe Save for later
Top comments
5th Sep 2019
Old console so not that great a deal.
29 Comments
5th Sep 2019
That seems like a good deal bundle for an expensive game if its the latest version of the console as well!
Edited by: "alexrose1uk" 5th Sep 2019
5th Sep 2019

Wont be it the Limited Edition Console Bundle released when Smash Bros was released last year
5th Sep 2019
Old console so not that great a deal.
5th Sep 2019
I have one. Dock looks cool, controllers so so and Smash isn’t ideal with joy cons anyway...I’d probably buy a newer model if I had the choice as I tend to use it in portable mode most of the time anyway.
5th Sep 2019

It's the old version.

Only difference is the battery
5th Sep 2019

Only difference is the battery

Only difference is the battery

It's only more energy efficient, hence the battery life is better, it's no biggy! It's no massive upgrade, that will be next
5th Sep 2019

Yeah but never had that problem with mine, I have a launch console. I'll wait for a pro hopefully
5th Sep 2019

Would you say the issue is that people just abuse them? I kind of find it hard to think that there is a manufacturing problem but more that they arent built to take too much of a beating.
5th Sep 2019

I have the drifting on my left joy con. I don’t force the sticks around and there barely used compared to the up down ect buttons because of the games I play. Its a known issue and I think Nintendo “admitted” it recently too.
5th Sep 2019

Thanks for the info, I have been debating buying the older model when the come down in price, are you able to fix the drift yourself?
5th Sep 2019

I did give it a really strong blow a couple time, it only fixed for a day or two. Its gone back to drifting but less than before. Air can or WD40 would be better options.
No permanent fix me thinks other than repair or replace, although not sure if its fixed in the new version either!(shock)
Edited by: "infectious" 5th Sep 2019
5th Sep 2019
Sold out
6th Sep 2019
This got pretty hot considering it's the older console. Surprising.
6th Sep 2019

Well I think going from that I am happy to pick up the original version and just attempt repairs if it saves some money. I guess buying new joy cons in the distant future wouldnt have this issue. Thanks infectious
6th Sep 2019

Oh Nintendo know.
And now they fix them for free.
6th Sep 2019
I’d rather get the newer version of the console as the battery life alone is worth picking that up over an old one, especially if it’s your first switch.
6th Sep 2019
Heat for the price, but as everyone else is saying this is an older unit and I’m sure we’ll see a lot more deals come in to shift older consoles soon enough
6th Sep 2019
I'd love to play super Mario odyssey, and zelda breath of the wild but forking out that much money for a handful of games just too much for me.
6th Sep 2019

If you take it about then for sure. Personally I'd never take such expensive gear out and about so it stays docked and charging when I'm not using it. These older systems are certainly good for those staying indoors
6th Sep 2019
Does this deliver to my area? Often they don't.
6th Sep 2019

Old console so not that great a deal.

Kind of depends what you’re using it for if you barely use the handheld mode it’s pretty great.
6th Sep 2019

Those are the only two games you would need
6th Sep 2019
My order got cancelled now out of stock at my Local Argos
6th Sep 2019
This all comes down to price vs battery life.

I don't need more than the original so I'll be looking forward to picking up older consoles on the cheap soon.
6th Sep 2019

I highly doubt the older consoles are gonna drop significantly. Tons of people are unaware of the new model, and it has no marketing push behind it
6th Sep 2019 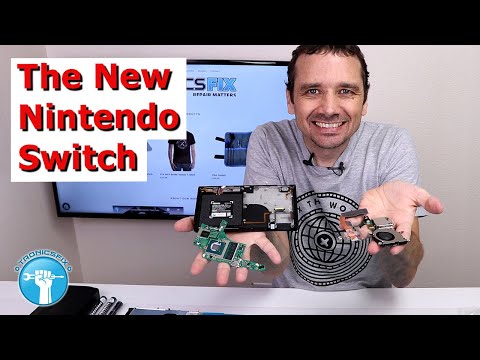