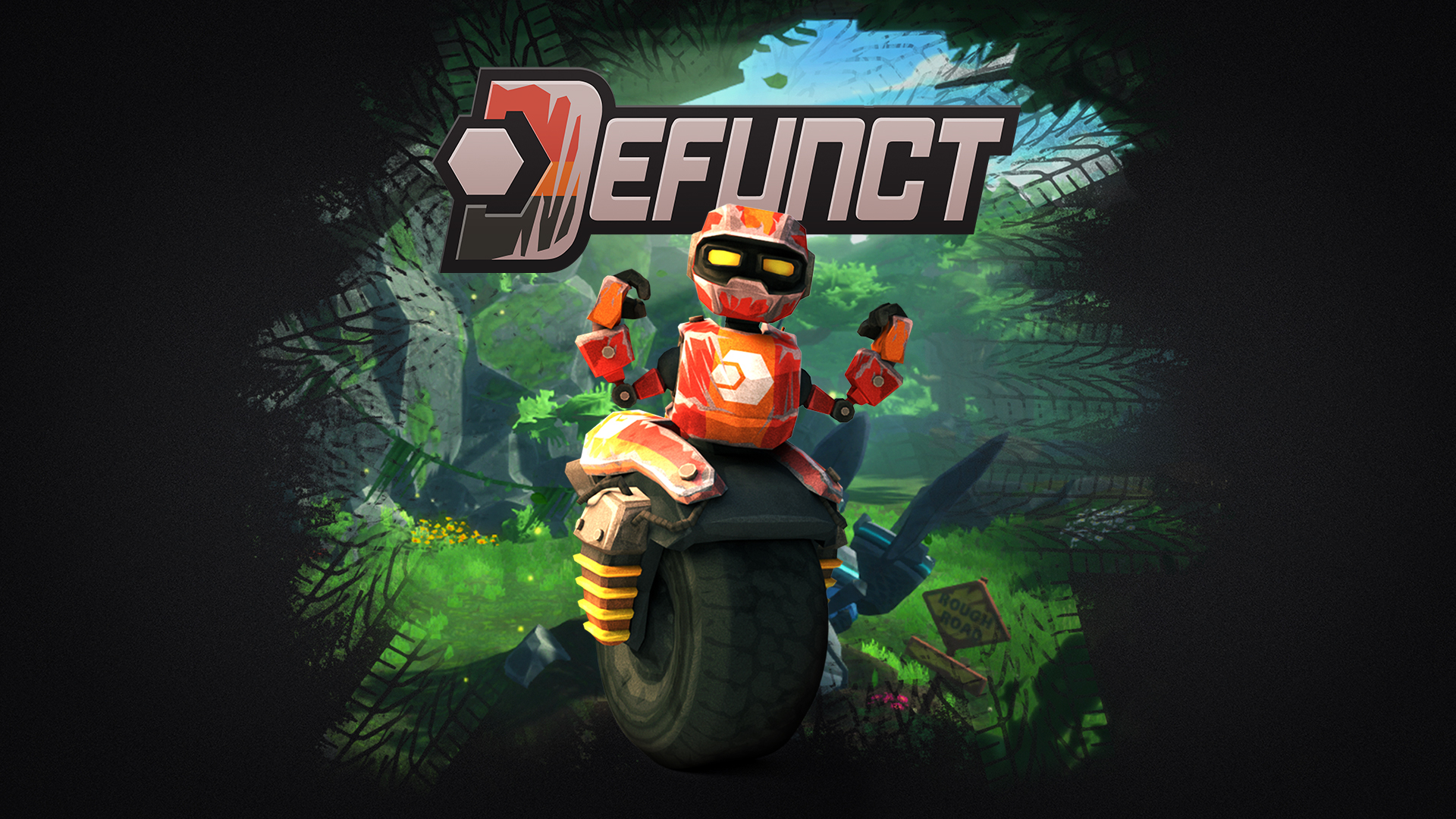 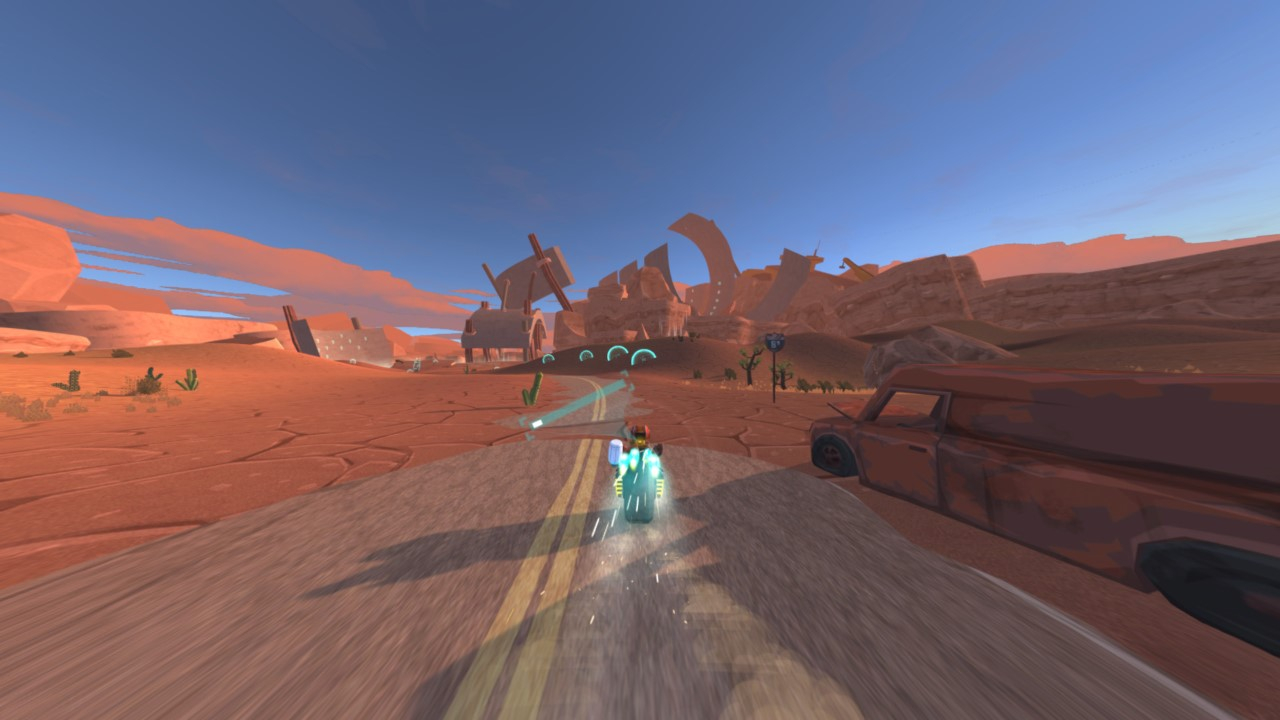 Defunct is an indie adventure game with a focus on flow, speed and an engaging world.You are a broken robot that accidentally falls out of a giant cargo ship onto a post-human Earth, now inhabited by robots. You have to get back to your ship before it’s too late!

You are equipped with a Gravitize engine. It is used to create a separate gravity around yourself; this is the main source of your speed. Use this in downhills to accelerate. But be careful, using it uphill will slow you down. In addition to this the world is full of different speed boosts such as Enerjuice, which you can pick up and use to go faster. 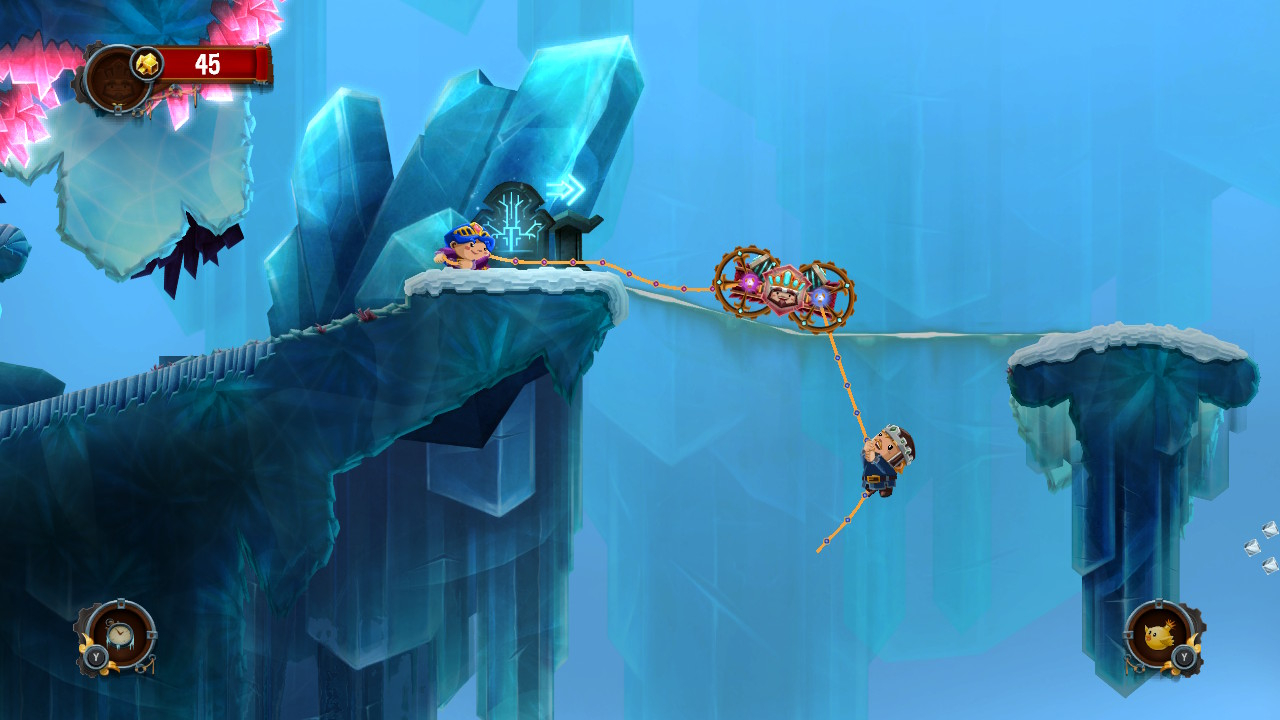 Designed for the Nintendo Switch™, Super Chariot is a 2D platform game that can be played through to the end in either solo or co-op mode. You play as either the brave Princess or her faithful fiancé in a subterranean fantasy adventure...

Manoeuvre the wheeled coffin of the dead King through 25 levels and 5 colourful environments, trying to ignore the incessant insults of the King's ghost.

With original gameplay and an innovative physics engine, hours of exciting exploration, hair-raising sliding sequences and mountains of treasure lie ahead!

Set out on an epic adventure and give His Majesty the trip of his death. Guide a Super Chariot containing the remains of your King through a network of subterranean caverns. On your own or with a friend, lead the brave Princess and her faithful fiancé through the catacombs in search of the ideal resting spot for the King!

The Super Chariot's large wheels enable the heroes to cross crevasses, climb and perform all sorts of perilous manoeuvres. Take the riches from the walls of the many varied environments, find the exit and avoid (or repulse) all the different enemies who try to steal your hard-earned loot! Put your skill, coordination and daring to the test as you try to finish all the levels and dangers aplenty in Super Chariot. Effective teamwork will open up even more possibilities...

• Play with a friend in local multiplayer on your Nintendo Switch™ in TV or Tabletop mode
• Epic challenges await the two of you: cooperation is key
• Wonderful 2D worlds, peppered with unique characters and items
• Over 60 hours of gameplay await, as you make your way through 25 levels dotted with secret pathways and bountiful treasure

US games on sale

It’s worth setting up a US account. Once it’s done and logged into your Switch you just play the games on your UK account and buy on the US one.
25th Apr

True. I probably should. Strange, I thought this was a deal for Dragons Dogma when I commented. I must have got my threads mixed up.
25th Apr

I was arranging the prices when you posted Dragons Dogma is mentioned in the OP. The list of games is at the bottom.
25th Apr

This. It takes a few minutes to set up but then all I do is choose a different profile from the switch to access the U.K./U.S./Japanese e-shops.
25th Apr
These are great prices and both are good games. Heat op. Don’t know why this is going cold
25th Apr
Thanks got Defunct. Slightly cheaper on Mexico store
This months eshop sale has been very good, I must have spent £100 on digital games to fill my 400gb card.
Glad the 200gb memory cards has come down in price now..
25th Apr

Yeah been some good sales lately, I've had to start archiving games that were to cheap to pass up but I probably won't play.
25th Apr
Defunct is a hoot! Don't know what this is getting chilly?
26th Apr

Or more recently SA.
26th Apr
If you can get it to work (it’s a bit of a faff) the Mexican eShop pretty much mirrors the US offers but at lower prices. Eg Defunct is 2 Pesos which is about 7p
26th Apr
Do they send you a code ?
26th Apr

Do they send you a code ?

It downloads to your Switch.