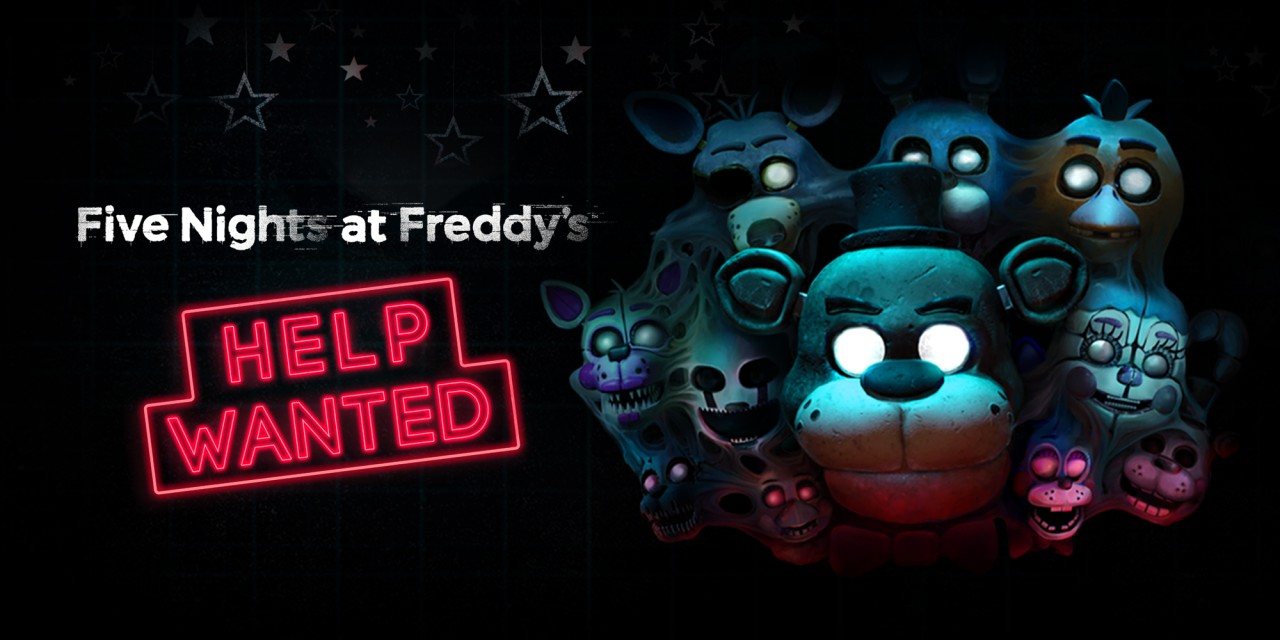 36p for this newly released game on Switch via the Nintendo eShop Swiss? Definitely a glitch in pricing as the UK eShop currently sells this game for £26.99 - price will probably not last long so grab it whilst you can

This game can be bought by changing the region to Swiss/Switzerland within your Switch account settings and pay via Paypal. @pirate1 may be able to confirm (Thanks in advance). You may lose account credit if you have some when switching country. 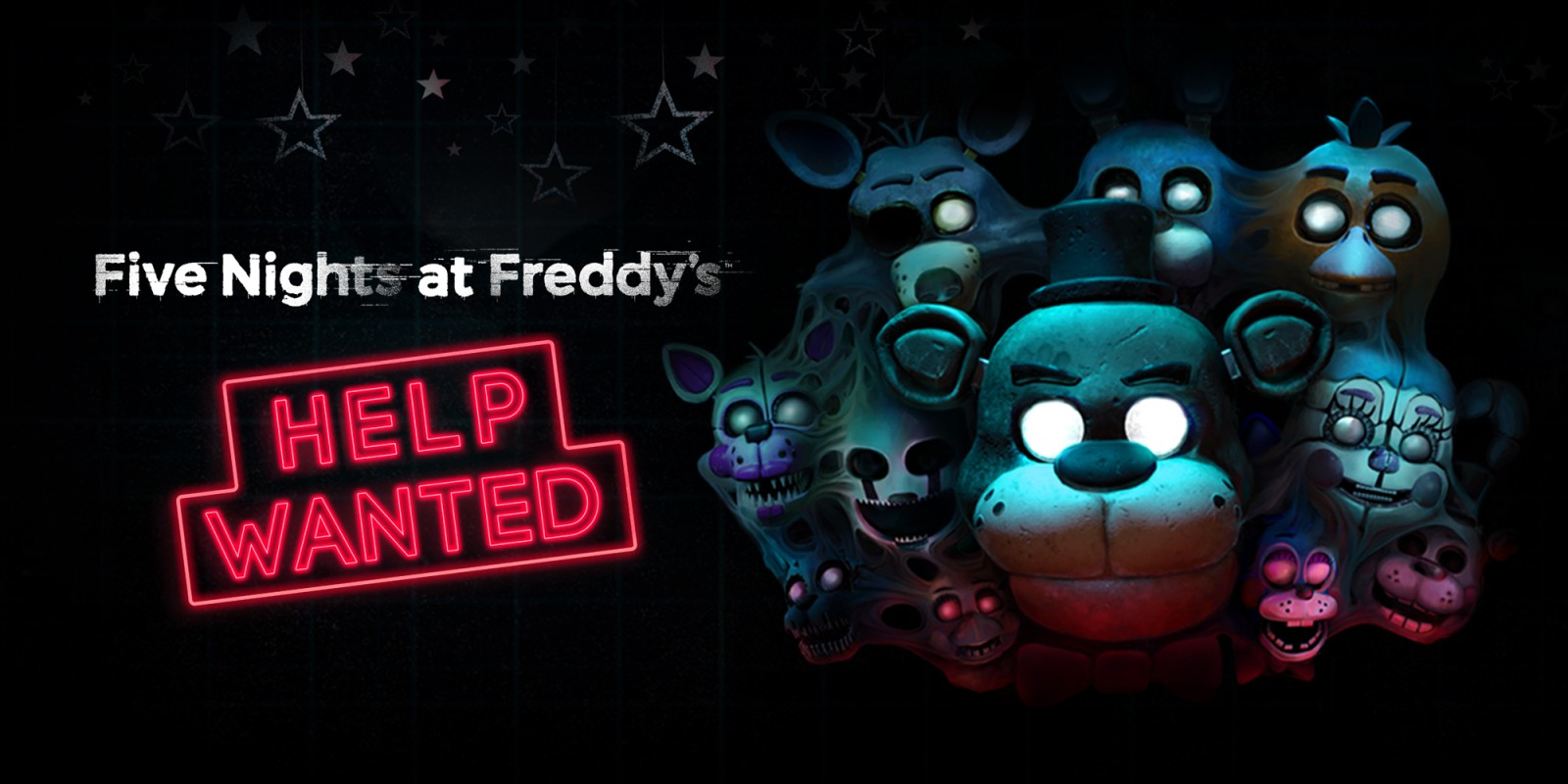 Five Nights at Freddy’s: Help Wanted is a collection of classic and original mini-games set in the Five Nights universe. Survive terrifying encounters with your favorite killer animatronics in a collection of new and classic FIVE NIGHTS AT FREDDY’S™ experiences. “Where fantasy and fun come to life!”

YOU’RE HIRED - Time to get your hands dirty. Repair claustrophobic ventilation systems, troubleshoot broken animatronics that could activate at any moment, or spend your evenings cowering in the nighttime security guard office.

NB.
If you have a Nintendo network id linked to your account, unlink it to change regions ( can be linked back after ).
Also, if you have an active NSO membership set to auto renew, you will need to cancel auto renew. Same applies to Pokémon home.
Nintendo eShop DealsNintendo eShop discount code
New Comment SubscribeSave for later
Top comments
23rd May

Change region on a browser in profile settings. If you have a Nintendo network id linked you need to unlink that first and also if you have NSO set to auto renew you need to cancel the renew.
24th May
Someone explain why I did this? I'll never install or play it; I wouldn't have got it if it was a free to play game. It's like getting the deal was the important part.
23rd May

To change region you got to log on to My Nintendo, pick the sidebar and go to account settings, profile and it should Country/region. Change it to Switzerland (somewhere at the beginning of the list of countries) and accept.

If it stops you, you have a running subscription for like NSO or Pokémon Home. You need to turn off auto renewal.

Log back on to the eshop and search Help. Its the first result at CH 0.42. Then check out as normal.
23rd May
Took me ages to work this out (because I'm useless at this sort of thing) but I got there in the end. For anyone having trouble I did it like this.
1. Go to http://accounts.nintedo.com and log into your account.
2. You can change from UK to Switzerland in the settings. (user information then profile) Save this setting
3. Went onto my switch and selected eshop. It says you have changed region and you have to log in again.
Just log in again (on the eshop) like you normally would.
4. The eshop has changed region and you can now buy five nights at freddys for 0.42 Swiss francs (36 or 37p). Start download.
5. Go back to your account (pc or phone browser) where you changed the region and change it back to UK.
6. Next time you go to the eshop it'll ask you to log in again as you've changed country. Just log in as normal.
FNAF should download as normal (though I've found it's taking ages, probably due to the amount of people downloading)
Hope this helps someone. And a big thumbs up and heat to the OP.
Edited by: "Adrian_Lindsay" 23rd May
574 Comments
23rd May
Can confirm I paid 0.42 CHF which is 36p
23rd May
OOF!! Just done it, yep 36p. This is insane!! Thanks OP!
23rd May 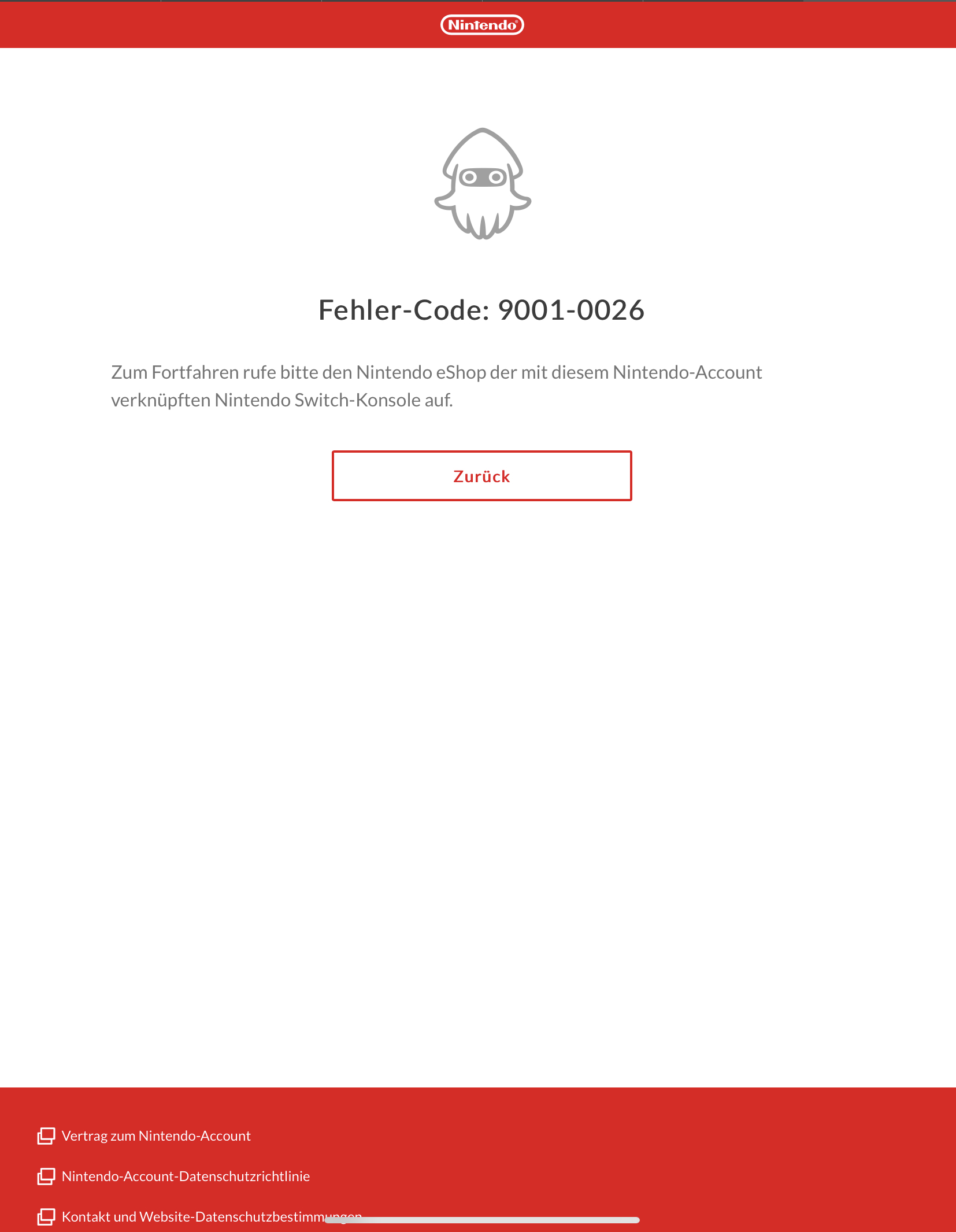 I keep getting an error code why I try to buy.
Edited by: "skinrush" 23rd May
23rd May

Same! At 36p?! Why not
23rd May
How do I change the region? Thanks
23rd May
Could you please let me know how to change the settings to buy this .. new to Nintendo
23rd May

On a web browser, in profile settings, change region to Switzerland
23rd May

On a web browser, in profile settings, change region to Switzerland

Press 'Get Deal' link and change region there
Edited by: "pirate1" 23rd May
23rd May

To change region you got to log on to My Nintendo, pick the sidebar and go to account settings, profile and it should Country/region. Change it to Switzerland (somewhere at the beginning of the list of countries) and accept.

If it stops you, you have a running subscription for like NSO or Pokémon Home. You need to turn off auto renewal.

Log back on to the eshop and search Help. Its the first result at CH 0.42. Then check out as normal.
23rd May

Laid out the steps above.
23rd May

I definitely changed region, I do it frequently.
23rd May
Downloading much slower than usual for me! Anyone else? Also, will changing the region back mid download cause any issue?
23rd May

All download speeds have been capped atm due to bandwidth demands. And nope, just did it there and is still downloading.
Edited by: "GamerFirebird90" 23rd May
23rd May
Morning Glitch Crew
23rd May

I definitely changed region, I do it frequently.

No idea sorry - perhaps someone here can advise.
23rd May

I definitely changed region, I do it frequently.

Is it stopping you adding it to cart? Or at the end? Some credit/debit cards flag it up and stops the transaction.
23rd May

Thanks, changed back and it’s continuing to download! But seems to now regained the usual speeds I’m used to. Regardless, Stonker of a deal - this was released two days ago!
23rd May
Thanks OP, bought it!
23rd May

No idea sorry - perhaps someone here can advise.

It's difficult to check once purchased, but the price is the same so id expect it to still work. I used PayPal and it worked fine

I try to add to cart, then prompted to sign in, then get that error. I'm doing it from a browser rather than the Switch. It might be that.
23rd May

You doing this on a laptop or on the switch itself? Struggling to find the setting
23rd May

The Nintendo website is a mess. Do it from the switch instead.
23rd May

I just bought it from a browser as well
23rd May
Does Revolut work for Swiss store or is it only paypal can anyone confirm
23rd May
Does changing region cancel Nintendo Switch Online?
23rd May

No problem mate - thanks for confirming.
23rd May

Oops sorry I should of said the first part is all in a PC browser.
23rd May

So all you do is change region to Switzerland, purchase game, change back to UK and the game is there and everything else is unchanged?
23rd May
Hot hot hot
Worked for me just now
23rd May

Pretty much. I usually do this for South Africa and Russian stores. Or USA if I have acode to redeem.
23rd May
Downloading as we speak
23rd May
Got this one, paid 37p on Paypal. Thanks op!
23rd May
just sorted it thanks
23rd May
Doesn't changing regions wipe out any credit you might have?
23rd May
Got an error on my first attempt, but worked second time around. Don't know why as I've been buying from the South African Store quite a bit lately.
Anyway, heat op!
23rd May

First time I've ever done this worked like a dream its downloading now and worked a treat I've changed my region back to uk thanks op for heads up and thanks for explanation, I used paypal and no issues at all
23rd May

Doesn't changing regions wipe out any credit you might have?

Yes, eShop credit- not gold points tho.
23rd May

Welcome to the world of country hopping on the switch. Your wallet may hate you after this xD especially if you see some of the South African deals.