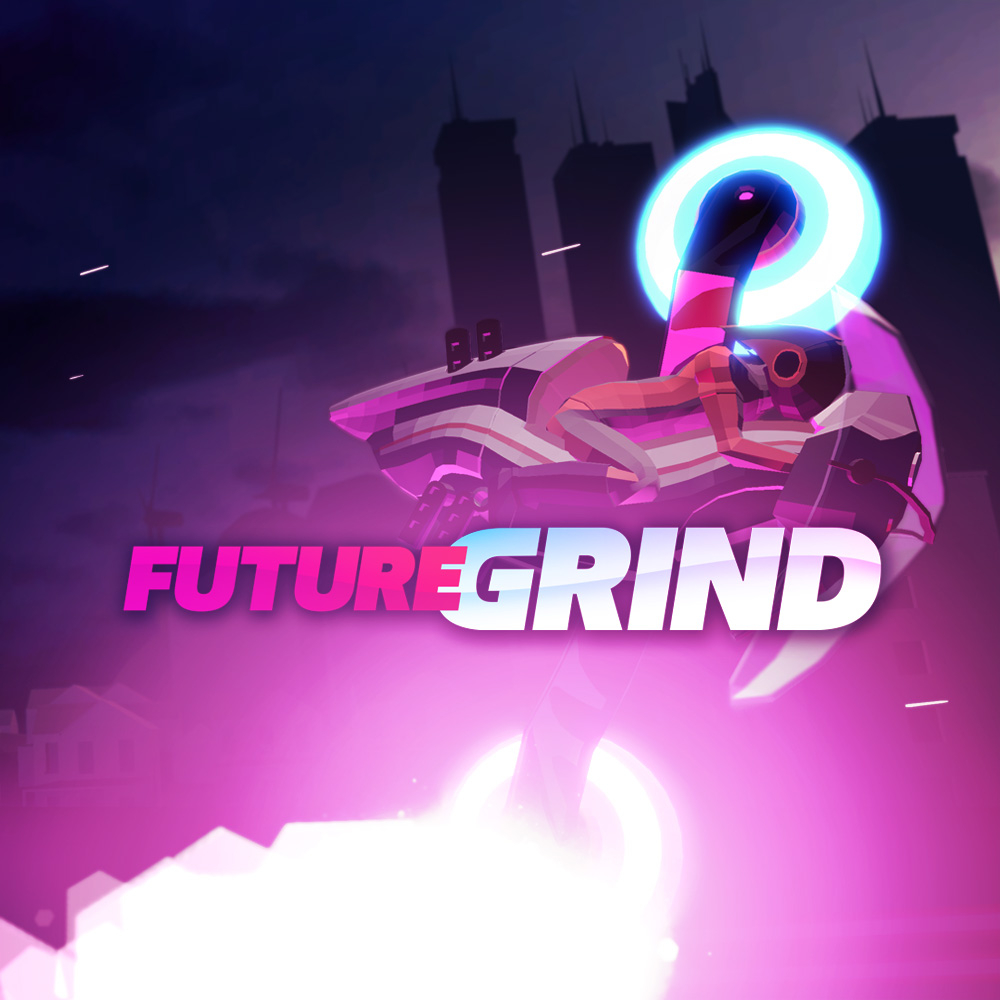 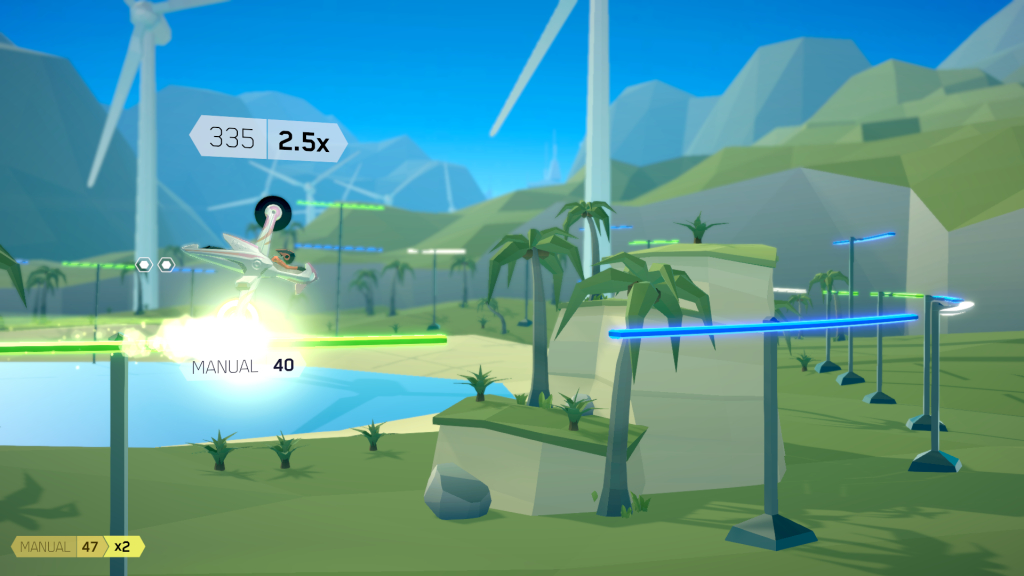 Grab your bike and hit the rails in FutureGrind, a stylish stunt-racer all about tricks, skill, and speed. Use your futuristic bike to chain together huge combos on tracks made of floating rails, but watch out: touch the wrong color and you'll explode instantly!

Keep your sponsors happy and you'll find yourself earning new bikes and racing mind-bending tracks built for the pros. But not everything is as it seems. Someone is watching your every move. Who is it, and what do they really want with you?

Think you have what it takes? Test your limits while grinding to the bass pounding beats of an original soundtrack by bignic. 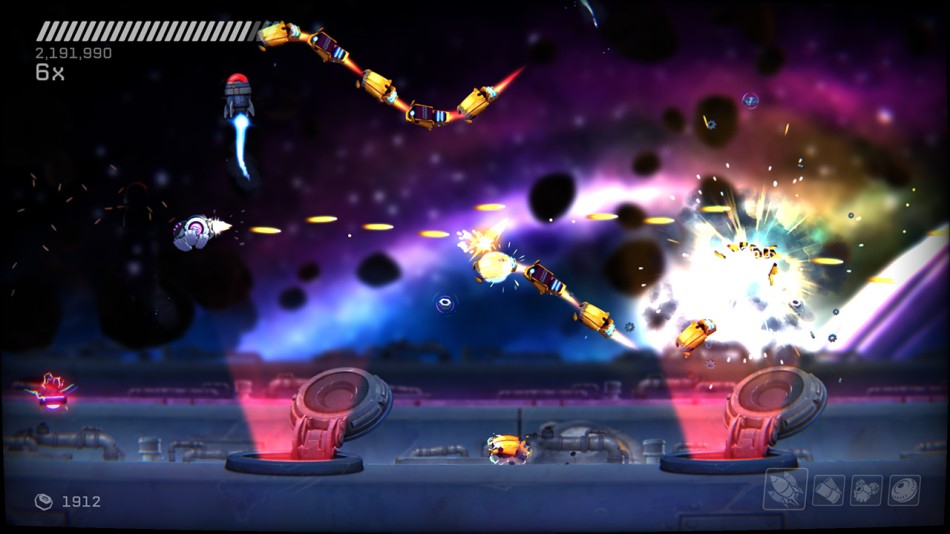 Pilot your spacecraft through the depths of a derelict vessel that’s home to underwater labyrinths, functioning train lines and hundreds of robotic enemies, all ready to blow your craft to pieces over and over from every angle!

Exclusive to the Ultimate Edition on Nintendo Switch: 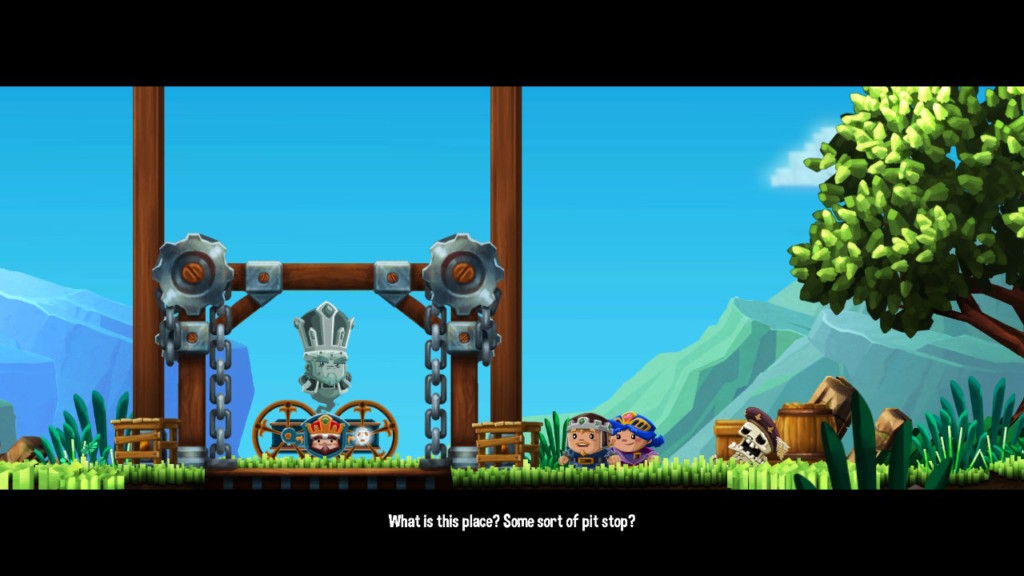 Designed for Nintendo Switch, Super Chariot is a 2D-platform game that can be played through to the end in either solo or co-op mode. You play as either the brave Princess or her faithful fiancé in a subterranean fantasy adventure...

Manoeuvre the wheeled coffin of the dead King through 25 levels and five colourful environments, trying to ignore the incessant insults of the King's ghost.

The Super Chariot's large wheels enable the heroes to cross crevasses, climb and perform all sorts of perilous manoeuvres. Take the riches from the walls of the many varied environments, find the exit and avoid (or repulse) all the different enemies who try to steal your hard-earned loot! Put your skill, co-ordination and daring to the test as you try to finish all the levels and dangers aplenty in Super Chariot. Effective teamwork will open up even more possibilities...

PostTweetShare Share with WhatsApp Share with Messenger
Community Updates
Nintendo Shop DealsNintendo Shop discount code
New Comment Subscribe Save for later
6 Comments
28th Jan
Thanks managed to get it for free with my points too
28th Jan
Do watch the trailer video. I decided it wasn't my cup of tea. But I'm happy for those who enjoy it.
28th Jan
Super chariot looks fun.
28th Jan
Rive Ultimate is a great twin-stick shooter. Pretty darn difficult though.
29th Jan
FutureGrind and Super Chariot are both totally worth it!
31st Jan
Just been playing through the demo of Super Chariot and really enjoyed it was about decided to purchase it but just seen it has been half this price again! but still great price