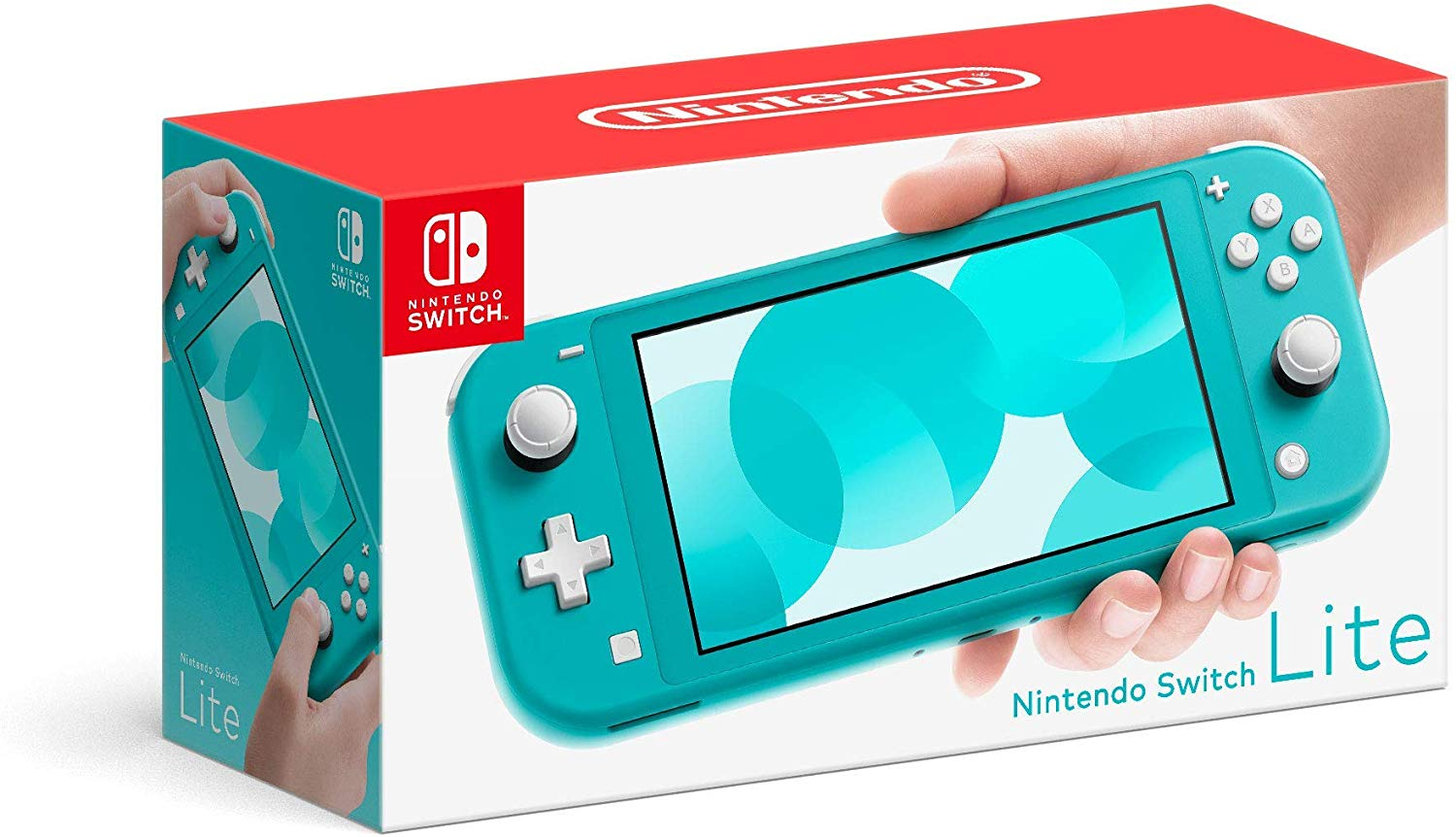 Cheapest price yet, and a respectable saving if paying using a fee free card. Only Turquoise is available at this price. You can use your UK Amazon account details to purchase.

Nintendo Switch Lite supports all Nintendo Switch software that can be played in handheld mode. It’s great for people who have lots of opportunities to play outside, and also for anyone who wants to play online or local wireless multiplayer with friends or family who already own a flagship Nintendo Switch console.
PostTweetShare Share with WhatsApp Share with Messenger
Community Updates
Amazon Italy DealsAmazon Italy voucher codes
New Comment Subscribe Save for later
Top comments
28th Jan

Check back next week lol
22 Comments
28th Jan
In case of faults can these be returned to amazon uk or would I have to deal with amazon italy?
28th Jan

Italy, I believe. Bear in mind the last time I dealt with them, nobody in their customer service knew English, so I literally had to Google translate my communications to them. Very odd
Edited by: "MUFCristiano" 28th Jan
28th Jan
Very tempting but something’s still making me wait .
28th Jan
why uk amazon prices so bad
28th Jan
hmmmmm tempted but i dont know
28th Jan
i had to return my switch lite as it had dead pixels. not sure about ordering abroad
28th Jan

Read my mind
Also I'm weary of joycon drift on the lite. Not a easy fix.
28th Jan

why uk amazon prices so bad

It's an easy fix to replace drift stick for a few dollars from China. You tube is ur friend.
28th Jan
Eu warranty so can deal with Nintendo UK right?? Are we still in the EU???
28th Jan

Check back next week lol
28th Jan
You have to love the way some people mention ripoff Britain, no doubt the sort of fellows to vote for Brexit and not understand basic economic laws.

In reality people can't understand simple facts, such as how we are bound to exchange rate as these aren't made in the UK. The Pound is as bad as its been in our history so whilst some will call €189 vs £193 "ripoff Britain" they're ignoring the main facts, that being exchange rate is very important. Back in 2016 this would have cost £135. The yen itself is down about 25% since 2016 resulting in direct cost increases, because they aren't gonna lower the profit they make per unit, it just doesn't work like thar.

Just the example I needed, you're my star to my "people can't understand simple facts" comment.

The price would have existed thought wouldn't it? Or did €189 not exist in 2016 either?

I understand that you wish it was 2008 but will settle for 2016, that the current exchange rate is poor and that you’re unhappy with the Brexit vote.

Ive been to the US and Japan when the exchange rate was great, but it’s not anymore. it’s not ideal but it’s not going to stop me going on holiday, but I’m not crying over purchasing a £170 galaxy’s edge lightsaber in Florida like you appear to be.

You seem to have plenty of disposable income so just enjoy yourself.
Edited by: "jaypr" 28th Jan
28th Jan
yea i think you

Yea i think u r getting things abit mixed up they are imported from japan (light sabers from the usa ???!) . even with the conversion they are still £150 to buy from amazon japan. £160 from amazon italy. whats up with the amazon uk pricing at £200.
28th Jan

‌
28th Jan
Direct from Amazon Italy? If so all gone.
28th Jan

why uk amazon prices so bad

Because we live in rip-off Britain.
28th Jan

How am I getting mixed up, the scenario is exactly the same but with yen, and obviously they are imported from Japan

But the point is still there, the fact the Japanese pay half as much sales tax adds some, then you put importing fees and the fact that exchange rate doesn't fluctuate for amazon, when they're buying the consoles the price is solid and they will still have stock paid for with a different exchange rate, whilst adjusting for new orders with a new exchange rate.

When buying a Japanese imported console from Europe you're really stiring the pot. It goes from Yen, to Euros, and finally to Pounds, with endless fluctuations inbetween.

But that's just amazon, and as I've tried to explain they are at the mercy of current exchange rate mathematics. It's why it costs £165 in Germany despite them using euros.

It's not a rip of UK thing, you can get it cheaper elsewhere in the UK. Its simply a economic variant that happens for everything. Much of the time we benefit.
29th Jan