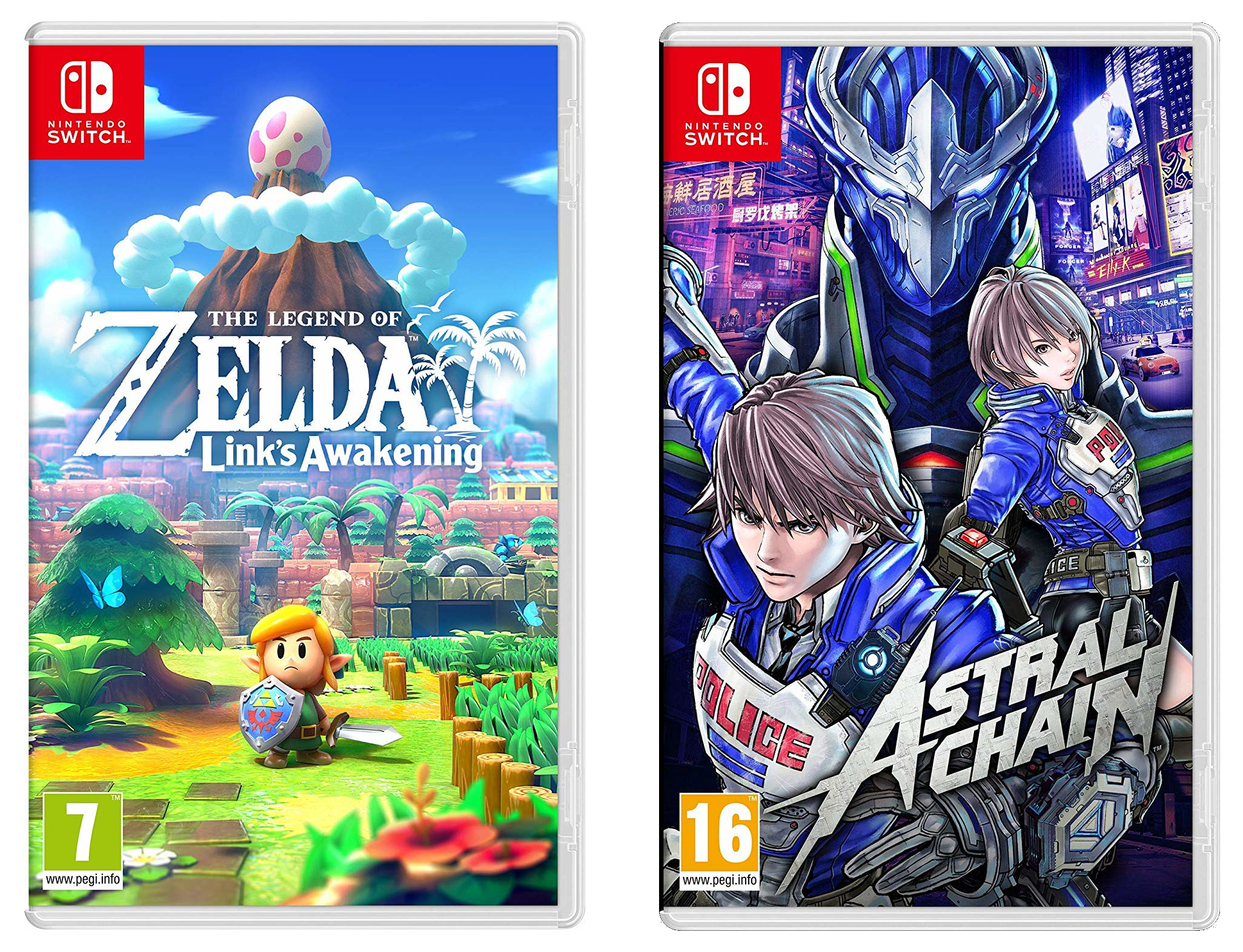 More The Legend of Zelda deals 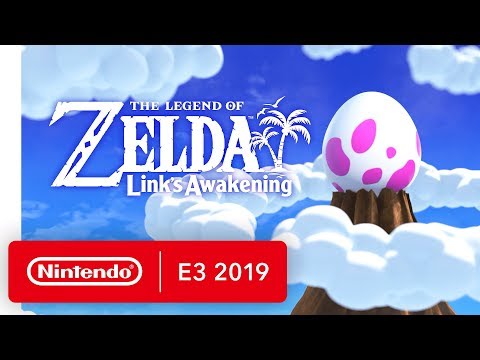 Explore a reimagined Koholint Island in one the most beloved games in The Legend of Zelda series. 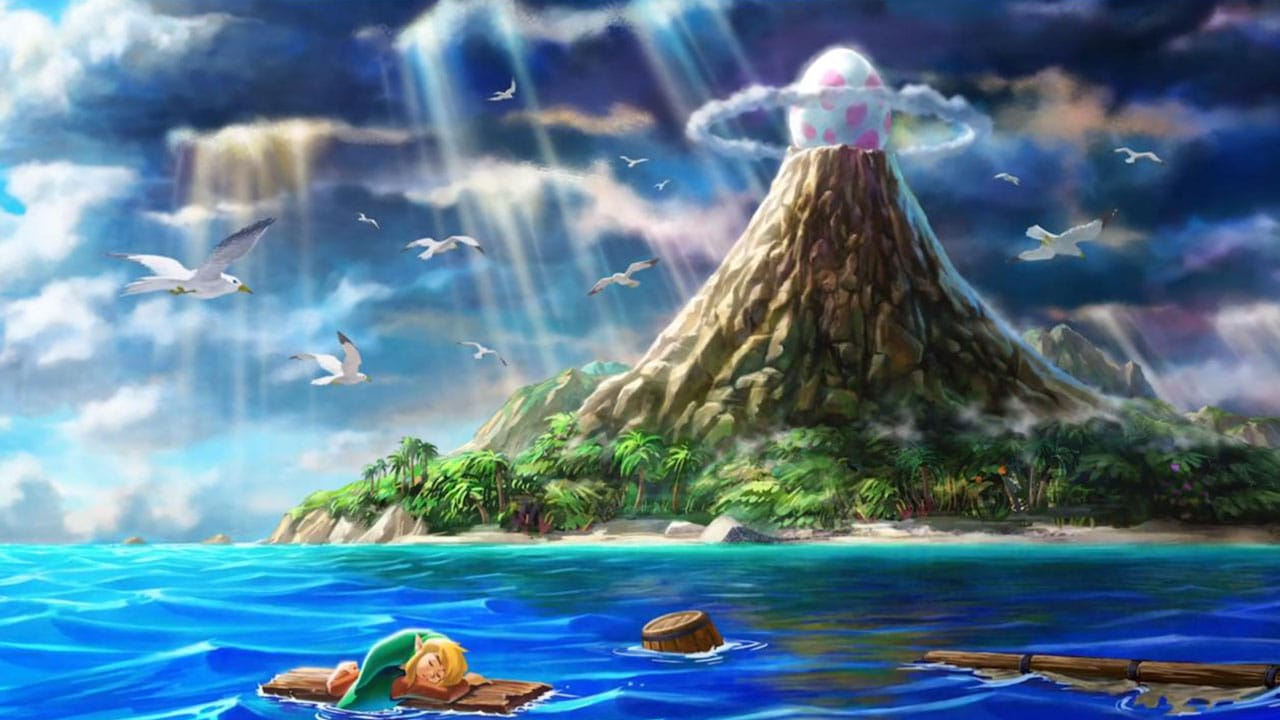 Link has washed ashore on a mysterious island with strange and colorful inhabitants. To escape the island, Link must collect magical instruments across the land and awaken the Wind Fish. Explore a reimagined Koholint Island that’s been faithfully rebuilt in a brand-new art style that will entice fans and newcomers alike. Battle enemies as you conquer numerous dungeons and uncover the hidden secrets of the island. Encounter Super Mario enemies like Goombas, Piranha Plants, and more, and interact with unique locals who help Link on his adventure. 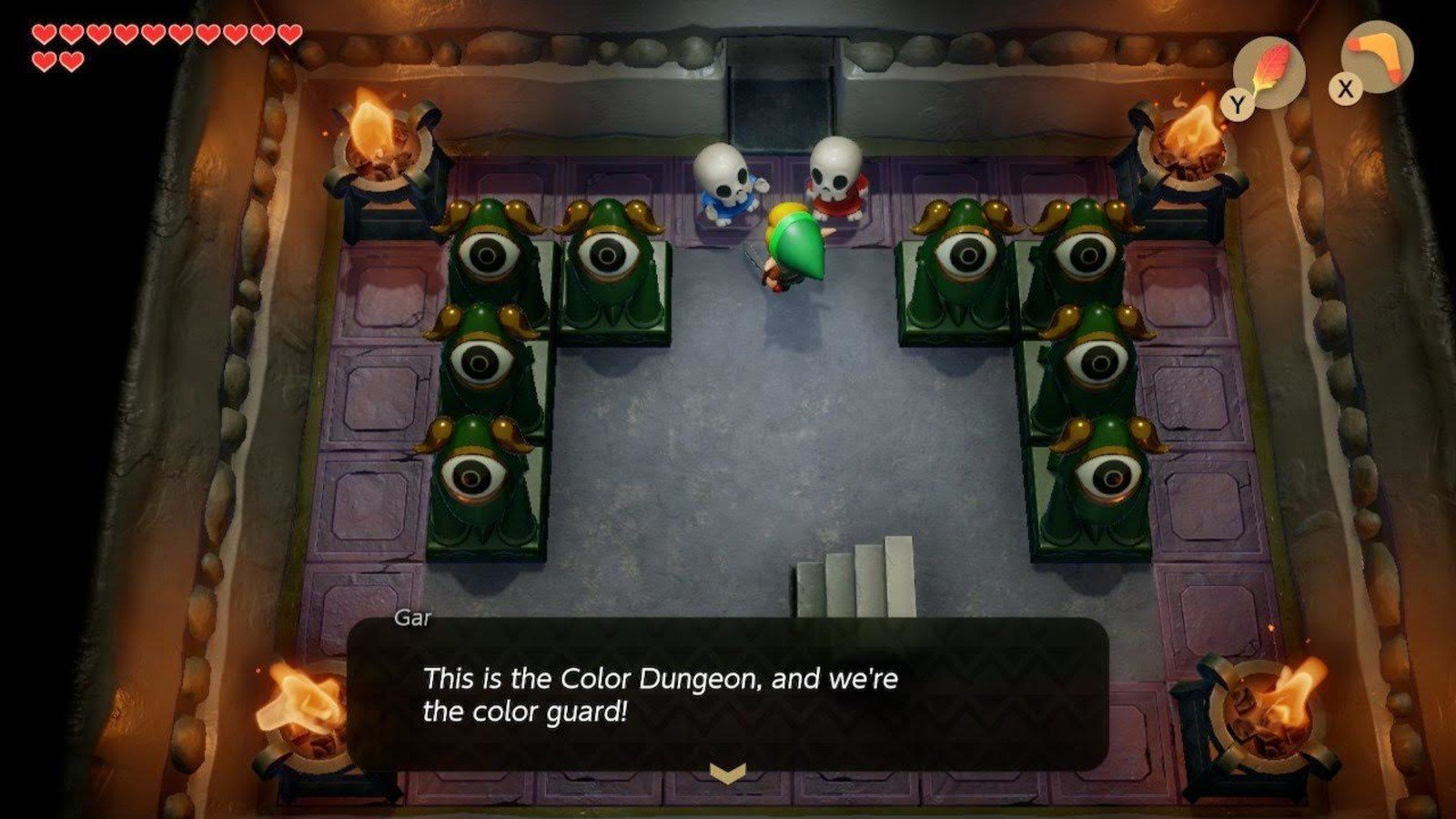 As you clear dungeons throughout the main story, earn dungeon rooms (Chambers), then arrange them into custom layouts in the all-new Chamber Dungeon. Place your dungeon entrance, Nightmare room, and everything in between as you try to fulfil objectives and play through a new dungeon.

Tap compatible amiibo figures to earn more Chambers and additional Chambers throughout the game in updated mini-games, such as the river rapids, trendy game, and fishing. Features: 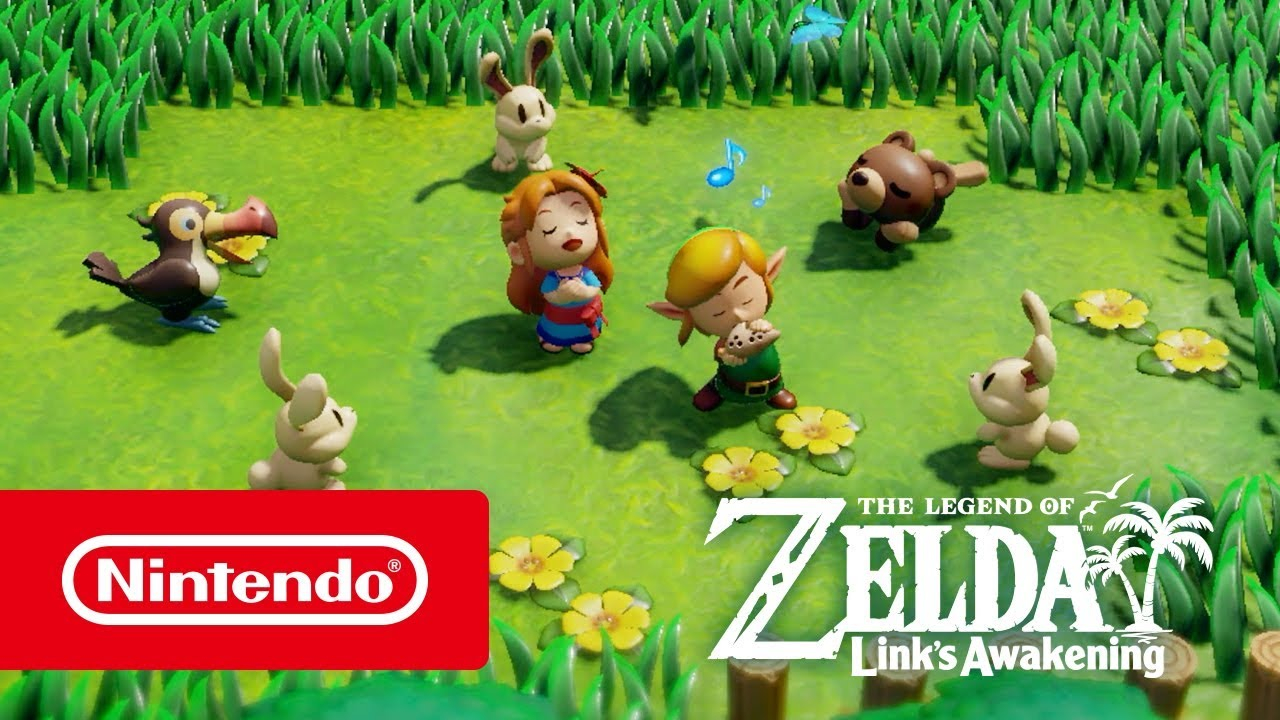 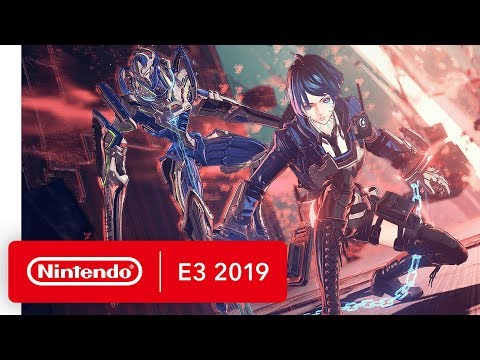 In the Ark, a multi-cultural city in the near future, disaster strikes when gates to another dimension suddenly appear. Dangerous creatures begin to emerge, attacking the people and polluting the land. To stand up against these threats, a brand new, special police unit known as Neuron is formed.

Choose between two playable characters – one male, one female – on your adventure. The character you don't choose also appears as your younger twin, and a fellow member of Neuron. In order to resist the creatures, humanity developed a special weapon: the Legion. The Legion acts as your partner, and helps with your investigations. However, it's in battle where the Legion shows its real ability.

Work together with the Legion and use all sorts of combat styles to fight your enemies. You could both attack the same enemy simultaneously, target different opponents, or send your Legion on the offensive while you support it with items. 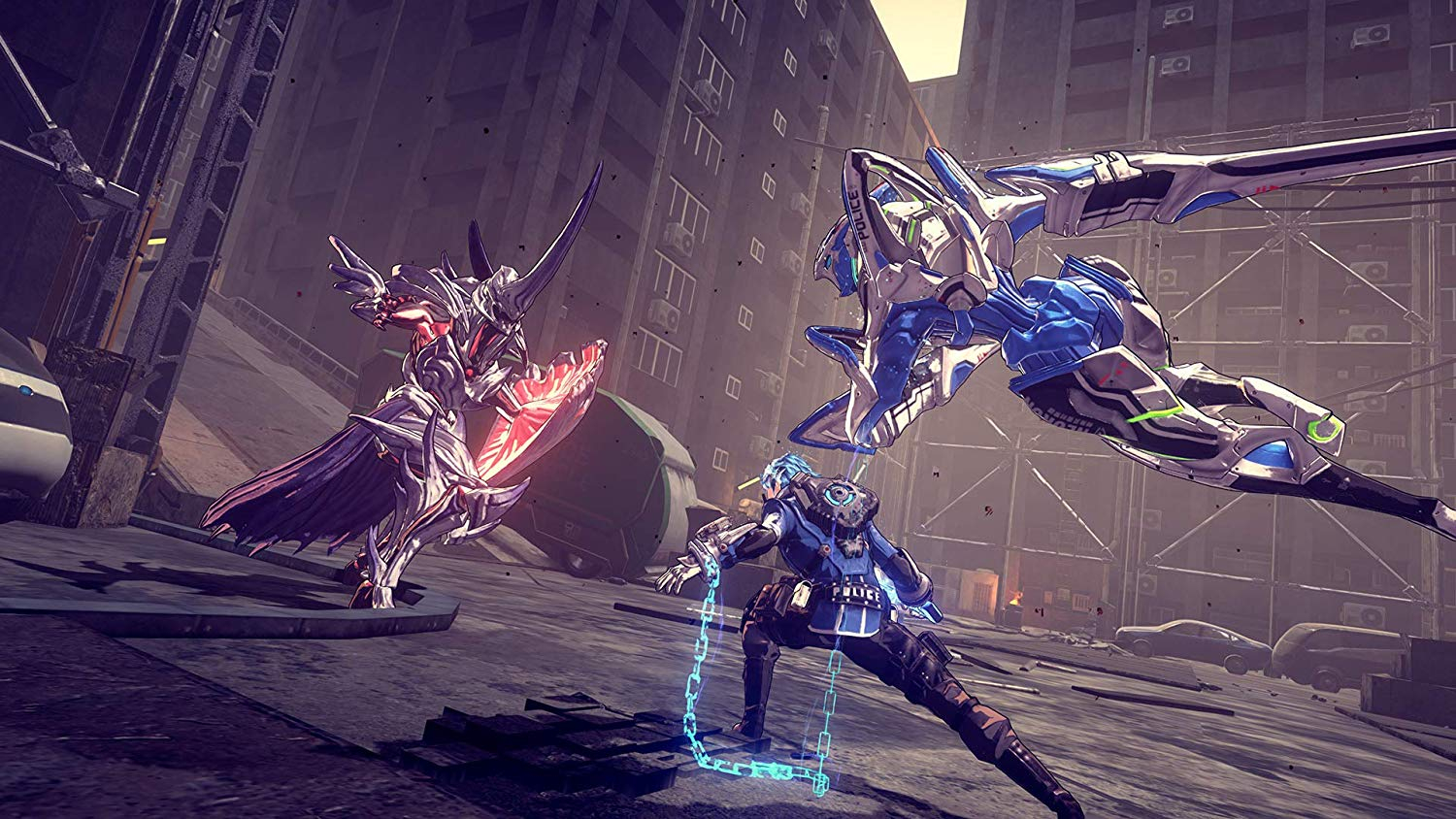 PostTweetShare Share with WhatsApp Share with Messenger
Community Updates
EDITOR
9th Jan
The Legend of Zelda: Links Awakening dropped further to £35.99 - Amazon have price matched if you prefer
Currys PC World DealsCurrys PC World discount code
If you click through or buy, retailers may pay hotukdeals some money, but this never affects which deals get posted. Find more info in our FAQs and About Us page.
New Comment Subscribe Save for later
16 Comments
4th Jan
Is astral. Chain any good? I'm looking for NSW exclusives.
4th Jan

Is astral. Chain any good? I'm looking for NSW exclusives.

Is astral. Chain any good? I'm looking for NSW exclusives.

It's really good, just as long as you know what you're getting into. It's not a fast paced action game like Bayonetta but it's still a solid and unique action title.
4th Jan
Thank you for this - A chance to use my £5 voucher from the purchase before Christmas to get Zelda for a good price
4th Jan
My little one hasn't played Zelda before, does she need to have played the previous one for this one to be relevant ?
4th Jan

Link's Awakening is a remake of the first Zelda game (1993) for the Game Boy with a "retro-modern" art style on Switch. So it's okay if you haven't played any other game in the Zelda series
5th Jan
Can I repost this deal in 7 days?
8th Jan
Has anyone managed to get the 'unique code' for the 6 month Spotify Premium subscription?
9th Jan

Can I repost this deal in 7 days?

I got the code off my brother who doesn't use Spotify, I created a new Spotify account (with a different email address), and was told that I wasn't eligible for the offer when I entered the code... Does anyone know if the code is tied in with the email it was sent to?
9th Jan

Did they ask you to specify a payment option when creating the account (even though you were entering a free code)? Spotify not only track emails that are linked to accounts, but they track payment methods too, so if you try to set up a new account with a different email, but with a payment method that's already been used, they'll decline any offer codes intended for new customers.

I'd exhausted my card / PayPal details having set up various accounts, so just got a Revolut card instead
9th Jan

Hi, no I wasn't asked for any payment method when creating the account. I went to spotify.com/currys and created a new account using an existing email account that I've never associated with Spotify. Confirmed my account to finish creating the Spotify account, entered the code and was told to jog on (sort of).

Good luck with it Spotify have always been a bit of a bugg3r when it comes to creating multiple accounts
9th Jan
Waah! I saw it said PC World and I got all excited thinking it was on steam or something but alas not. Anyway I just bought Stardew Valley so my game time is on lockdown!
9th Jan
I'm sure I cheated in the original Gameboy game, there was a dungeon that had a passage blocked off that I got over by (I think) glitching over a corner. But it is so long ago now, I'm not sure!
9th Jan

Each Zelda has Its own story so you could play them in any order. I love Links Awakening. Great place to start