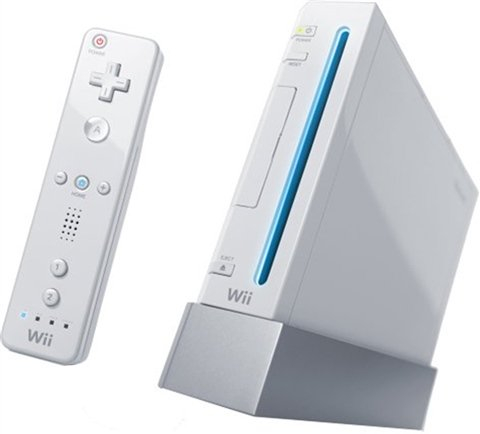 Feels like a decent price here for the console especially when you consider the 2 year warranty. The closest price I could find id £39.99 at MusicMagpie with the £10 discount applied.

Plenty of stock around when posting, might not be a bad idea to pick from store - as I do with most preowned (preloved? ) items, coz it allows me to inspect them and be happy before buying.

Description
DESIGN Featuring a compact design that makes it a natural addition to any television setup, the Wii console is white in color and can be displayed either vertically or horizontally.

COMPATIBILITY The Wii is backward-compatible to all Nintendo GameCube games and includes four ports for controllers and two slots for memory cards.

SIZE About 8.5 inches long, 6 inches wide and less than 2 inches thick (roughly the size of 3 DVD cases stacked on top of each other).

INPUT / OUTPUT‌ Input: Four Wii Remotes can communicate with Wii, which features a bay for an SD memory card.

Output: An AV Multi-output port for component, composite or S-video.NETWORKThe Wii console communicates wirelessly with the Internet via wireless or a Wii LAN adaptor. Wii also can connect wirelessly with Nintendo DS.

Hope it helps someone.
PostTweetShare Share with WhatsApp Share with Messenger
Community Updates
CeX Deals
If you click through or buy, retailers may pay hotukdeals some money, but this never affects which deals get posted. Find more info in our FAQs and About Us page.
New Comment Subscribe Save for later
Top comments
17th Nov 2019

I don't think you saw the news last week that the Wii version of Just Dance 2020 (released a couple of weeks ago) actually outsold the Xbox One and PS4 editions in the UK. So, there is still a lot of Wii players out there.
17th Nov 2019
Serious question I thought I was the only person left in England that still plays on this, each month we get this out and have a Wii games night...... Does anyone else still play this regularly like me and my family?
17th Nov 2019
Perfect console to mod to restore life back in to
18th Nov 2019
A lot o f the Cash Converters type shops do these for a tenner. Probably worth checking one of those out before you go to CEX.
120 Comments
17th Nov 2019
Voted hot, this is a really good price. my remote control broke, checked at Cex, it was £15 only for a remote, so this is really cheap.
17th Nov 2019
Still loads of play left on these. My 7 year old loves it
17th Nov 2019
Would be even better if it included Wii sports.
17th Nov 2019

Would be even better if it included Wii sports.

Sure thing, but at this price I for one am not complaining
17th Nov 2019
Perfect console to mod to restore life back in to
17th Nov 2019
Serious question I thought I was the only person left in England that still plays on this, each month we get this out and have a Wii games night...... Does anyone else still play this regularly like me and my family?
17th Nov 2019

I don't think you saw the news last week that the Wii version of Just Dance 2020 (released a couple of weeks ago) actually outsold the Xbox One and PS4 editions in the UK. So, there is still a lot of Wii players out there.
18th Nov 2019
Good price, considering the flurry of WiiU consoles at £50 though I would put my money there. instead. Makes my wii games so much better over HDMI.
18th Nov 2019

Wow! That's amazing I actually didn't even know they still made games for it anymore Ive been re-playing my old games over and over again, I thought this was obsolete when I started seeing adverts for the Wii u? I'm not bothering to get the Wii u though
18th Nov 2019

Yeah it is the last game to be made for the Wii, it is all officially over, but had a hell of a run!
I recommend 2nd hand wiiu's if you want to upgrade your wii games to HD... well at least enough not to get a headache!
18th Nov 2019

does the wiiu play all wii games ?

does the wiiu play all wii games ?does it play gamecube disc games also ?

Yeah it has a virtual wii inside it.
Gamecube, unfortunately not. Not discs anyway.
18th Nov 2019

does the wiiu play all wii games ?does it play gamecube disc games also ?

It certainly plays all the Wii games we have. Not sure about GameCube though
18th Nov 2019
If the U is still too costly then grab a cheap wii hdmi converter as that does make a big difference when you set the console to 480p, best option for the wii with best picture.
18th Nov 2019

Yup. This is quite good to be honest. If you are a meter away it looks quite decent on a 55inch 4k tv.

Wii games don't look that much different when played on a Wii U though.

I have the HDMI adapter and it's really handy.
18th Nov 2019
A lot o f the Cash Converters type shops do these for a tenner. Probably worth checking one of those out before you go to CEX.
18th Nov 2019
Greatest console of all time.
18th Nov 2019
Fyi, the link is discounted which means that there's a possibility that you'll get an non official controller so it's definitely worth picking up either the unboxed version or some official remotes while you're at it
18th Nov 2019
I'd go for a wii u. Agree with all those who say that wii looks crisper over hdmi, with res set to 1080p.
18th Nov 2019

We only swapped from the Wii to the WiiU a few months back, but still mostly play Mario Kart Wii
18th Nov 2019

From what I see at my local store the "discounted" machines usually have the flaps missing.
18th Nov 2019
I just resurrected my old Wii for my 3 year old son! Any recommendations for games for his age? I bought Nickelodeon kids fitness or something for £1 from CEX. I bought cooking mama too but tested it out while he was asleep and it'll probably be a bit too difficult for him to move the remote in the correct way...
18th Nov 2019
The greatest Xmas party console ever! I know I know... a Wii's not just for Xmas. 😁
18th Nov 2019
I agree with the others who suggest going for a Wii U instead. It's worth paying the extra to be able to play Breath Of The Wild, Mario Kart 8, Smash 4, and the improved HD remasters of the Zelda games Twilight Princess and The Wind Waker. The Wii U is extremely easy to hack and makes for a superb retro console, played either with the Gamepad or especially with a Dualshock 4 controller using HID To Vpad on a modded console. And once you've soft-modded it let's just say you can have a very merry Christmas if you know where to look. It's definitely a much superior gaming machine.
18th Nov 2019
Best console ever for social gaming, my daughters still play it as much as the PS4. So many cheap games available too.
18th Nov 2019 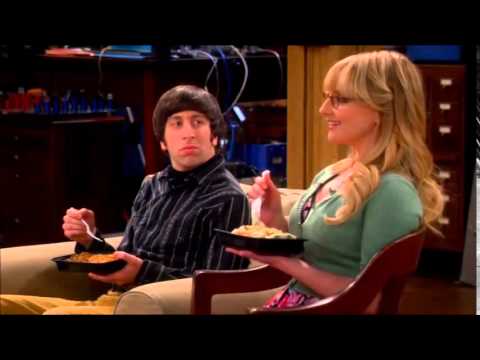 Early wii's can with a little tweaking but the chances of getting a early release wii are very slim indeed.
18th Nov 2019
I borrowed it from a mate for both the Super Mario Galaxy games, they were awesome
18th Nov 2019
Hot! Picked one up for my kids recently and they absolutely love it.
18th Nov 2019

I was playing Super Mario Galaxy just yesterday. Awesome game. Five hours gone in the blink of an eye and just what Sunday's were made for!
18th Nov 2019
I have one of these. It's been chipped to play games from the previous generation consoles. Games are easy to download from torrent sites. Slap onto an external HD and your good to go
18th Nov 2019
It was so exciting getting a Wii back in the day, I don't really know why because there was only 1 good game for it
18th Nov 2019
Such a versatile console for modding. 'Nintendont' is great for playing GameCube ROM titles.
18th Nov 2019

It's not that easy. I had to watch a number of outdated YouTube guides before finding ones that still worked.

Adding the homebrew channel is simple enough, but some of the emulators are a pain to set up.
18th Nov 2019

Would be even better if it included Wii sports.

You have more chance of getting a Gamecube compatible Wii than a non-compatible one, by a large margin.
18th Nov 2019
I should point out, the discounted white, early model Wii consoles often have the plastic side covers missing at CEX.

These parts cover up the 4 GameCube controller ports and another, which IIRC, covers the memory card ports.

You don't need these to use the console, but the contrast of white on black does look a bit noticeable, so just bare that in mind if you order one and it looks a bit rough around the edges.
Edited by: "tumbleweed34" 18th Nov 2019