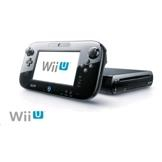 Cheapest i can find it atm and they will notify you when its actually in stock and if you wish to continue with the transaction and can be cancelled free of charge. They WILL NOT take you money until dispatched