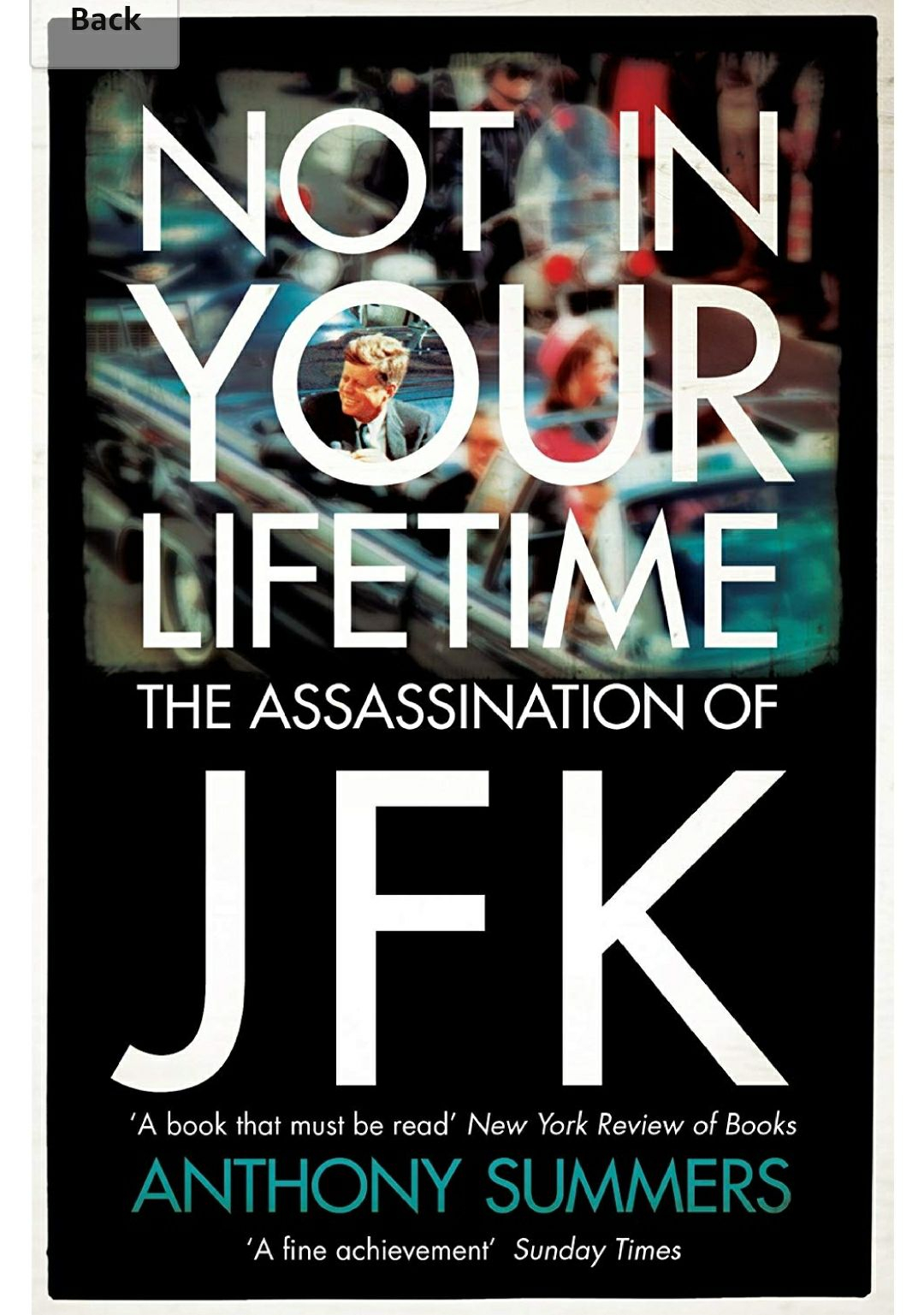 Not In Your Lifetime - The Assassination of JFK - Anthony Summers. Kindle Ed - Now 99p @ Amazon

It might not be in your lifetime', said the Chief Justice of the United States when asked whether the files on the assassination of President Kennedy would be made public. If the President was killed by a lone gunman, as the first official enquiry claimed, why can we still not see all relevant records?


Fifty years on and the murder of the century remains unsolved. Drawing on thirty years of investigation, Anthony Summers examines the case in compelling, forensic detail. He analyses the evidence for Oswald's guilt, the Mafia connection, and the links to Cuba and reveals, for the first time, a plausible admission of involvement. This updated edition of Not in Your Lifetime is the most definitive account of one of the most intractable mystery mysteries of our time.

By far the most convincing book . . . enthralling (Observer)

A book that must be read (New York Review of Books)

Reveals a honeycomb of CIA deceit and corruption (Sunday Times)

Races along like a John le Carré novel (Norman Mailer)

Anthony Summers is the award-winning author of eight bestselling non-fiction books. As a BBC journalist, he covered events in the United States and wars in Vietnam and the Middle East for Panorama. His most recent book The Eleventh Day, co-authored with Robbyn Swan, was a Finalist for the 2012 Pulitzer Prize for History. It also won the Crime Writer's Association's Gold Dagger award for best non-fiction - which the first edition of this book also won. Summers is the only author to have won two Gold Dagger awards for non-fiction.
PostTweetShare Share with WhatsApp Share with Messenger
Community Updates
Amazon DealsAmazon discount code
New Comment Subscribe Save for later
9 Comments
6th Jan
The only president ever that would have changed the World as it is today for the better!

But we’ll not get into that fact.

Hot.
6th Jan
Looks interesting, at that price i guess its worth a read.
6th Jan
Thanks
6th Jan
The other gunman was the secret service agent scrambling to protect him and accidentally letting a few rounds off.

Everyone closed ranks to protect the guy.
6th Jan

We'll never know. Vietnam War would, probably, still have taken place as it was JFK that started the build up of US military personnel in the country.