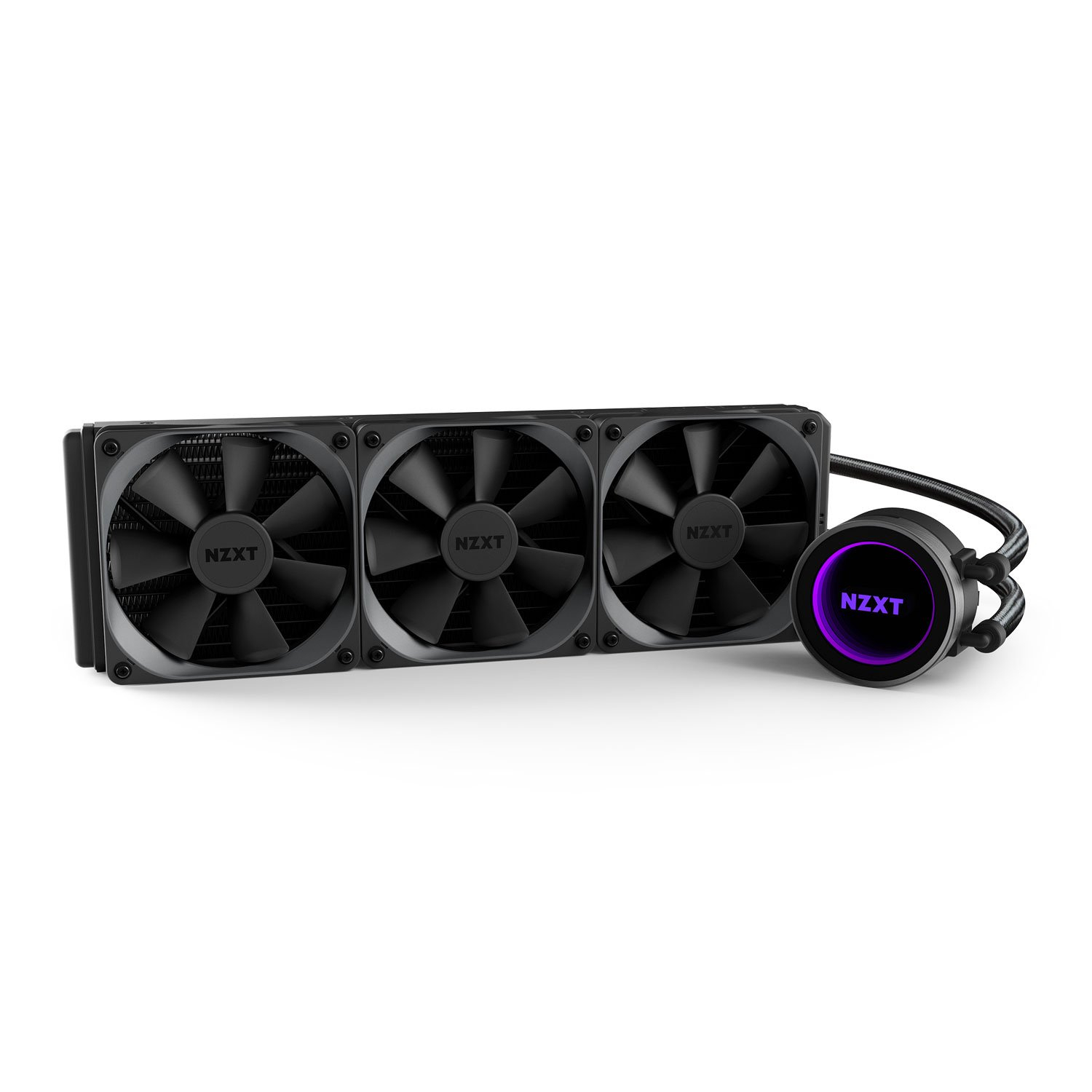 Bought this from Scan in a bundle with G12 for £139.99. But today they reduced the x72 by itself and got the difference back.

This uses an older gen asetek pump which is minimally different to latest x73! So this is a total bargain, imo!!

Free delivery if you have Hexus or AVForums account linked to Scan. So this i got for 99.98.
PostTweetShare Share with WhatsApp Share with Messenger
Community Updates
Scan DealsScan voucher codes
New Comment Subscribe Save for later
23 Comments
1st May
I'm not on the market for the AIO since I have one but the price is decent.
Heat added not just for the price but for that Hexus account linked to Scan tip.
I've been paying for delivery all these years without knowing about this method.
Cheers.
1st May

I've been using Scan since 2009!! Free delivery since!! And the CS been great, prices generally for some items are better than many, overclockers for example (also free delivery on overclockers if you're on their forums).
Edited by: "qal1h" 1st May
1st May
Just be aware that in several reviews/tests this has been shown to run hotter than the x62 which is why I decided to buy that instead!

One bonus of this gen is that fan controller is built in where-as the 3rd gen fans will need to be controlled/powered directly from the motherboard.
1st May

Also this is for the GPU which can be cooled by a 120mm rad, and will perform well. This is wayy overkill for a GPU, but its cheaper than other options and will work nicely in front of the case in my Corsair 680x.
1st May

It appears the x72's fans run faster and louder than the x62, so when they are normalized for noise (which is what many reviewers do), the x62 often wins.
1st May
Link not working?
1st May

Is for me, even …Is for me, even incongnito..https://www.scan.co.uk/products/nzxt-kraken-x72-360mm-all-in-one-cpu-hydro-cooler-with-rgb-lighting-cam-control-3x120mm-pwm-fan-for

Cheers, it seems to be working now
1st May
ordered thank you
2nd May
I've been wanting one of these for a while. Stupid question but presume these fit the current generation CPUs (I read a comment somewhere that said it was for last generation). Heard the Z72(73) had a nicer display but that is £250?
2nd May

The Z73 is nice, decent display on the pump but certainly not worth the xtra. Unless thats your thing.
2nd May
Does this support ryzen 9 3950x please?
2nd May

Thank you
2nd May
I got this morning

Whilst I plan on mounting to my GPU I thought is try the CPU first.

With the x72 - on a custom setting, relatively quiet operation with LL120s on the rad open side panel, I'm getting 64c max. Pump speed st 75%. Conclusion it can handle shit!! ‌ ‌
2nd May

Arctic cooling, NZXT, Thermaltake, EVGA, Some corsair, Asus - they ALL use the same basic inventory of parts with about the only tweaks being minor quality of life bits, RGB and the included fans.


asetek.com/gam…ers - so all these brands are pulled from the same basic kit with a few tweaks and some branding slapped on.

arctic cooling aren't listed, usually pretty good (include 2x the fans for push+pull)
fractal use them too but their kits are usually much more custom with the ability to expand them to a full custom loop.
Edited by: "llamaalarmallama" 2nd May
2nd May
Would this fit comfortably on the pure base 500 DX case?

First build in many years so waiting on the case and GPU. Actually had GPU but postie damaged it so waiting for replacement ‌
2nd May

was just adding (plenty of) context Not directed directly at you, just quoted as your comment spawned mine
3rd May

Any idea how to use avforums as there is no info or page that works telling us how, its not explained here either, very confusing, cheers
3rd May

I see this in my accouint, limit was £20, now £50
You have linked your account to the AVFORUMS free carriage offer. You will get free carriage on orders over £50.00 (excluding VAT) to uk mainland addresses only on selected carriage services.


So I am almost certain I did it with Hexus forums and not Avforums, although I am part of both so not sure exactly why it says AVFroums account is linked.


Aside from that, maybe get in touch with Scan live chat, they're generally busy, 20+ people but get through eventually, its pretty quick. And ask them, I dont have an option in my account, probably because I've already done it. Make sure to have sound on your computer on, you'll hear a ding when a rep is live in the chat.
5th May
Now down to £100. Bargain!

Hey thanks for the reply, i will do that and look into it, many thanks