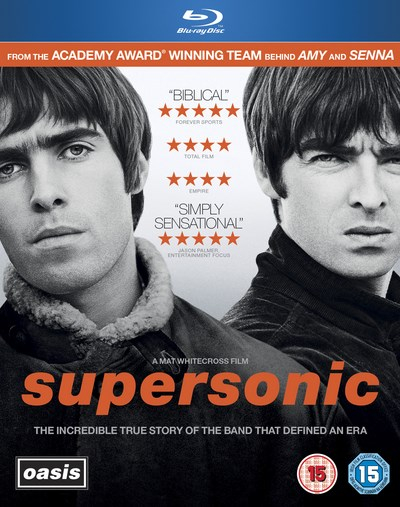 Documentary about the career of Britpop band Oasis. Growing up on a Manchester council estate, brothers Noel and Liam Gallagher started their journey as Oasis in 1991. They hit the peak of their fame in 1996 as they played their home ground of Manchester City and two consecutive nights at Knebworth. The band went on to become one of the most successful acts of the time, achieving seven number one albums and 24 top ten singles. Throughout their career the band found themselves the subject of many controversies including several legal battles over plagiarism as well as being outspoken about their views on politics and the media. After a very public split in 2009 the brothers went their separate ways leaving behind hours of footage put together in this documentary by director Mat Whitecross.
PostTweetShare Share with WhatsApp Share with Messenger
Community Updates
Zoom DealsZoom voucher codes
New Comment SubscribeSave for later
Top comments
20th Aug
I definitely maybe will get this.
9 Comments
20th Aug
Phenomenal documentary. I'm a huge Oasis fan and this is the best.
20th Aug
Great film, on Netflix for those who subscribe
20th Aug
I definitely maybe will get this.
20th Aug
Legend.
20th Aug
Its really good..... Watched it recently on Netflix.
20th Aug
They only got to do it once.
20th Aug
Biblical
20th Aug
Bought this from Tesco when it first came out. I got a roll with it ‌ ‌ ‌ ‌ ‌ ‌ ‌ ‌ ‌ ‌ ‌ ‌ ‌
21st Aug
Cracking doc and I'm not that big a fan. I was shocked at how big they were and how quickly it happened.