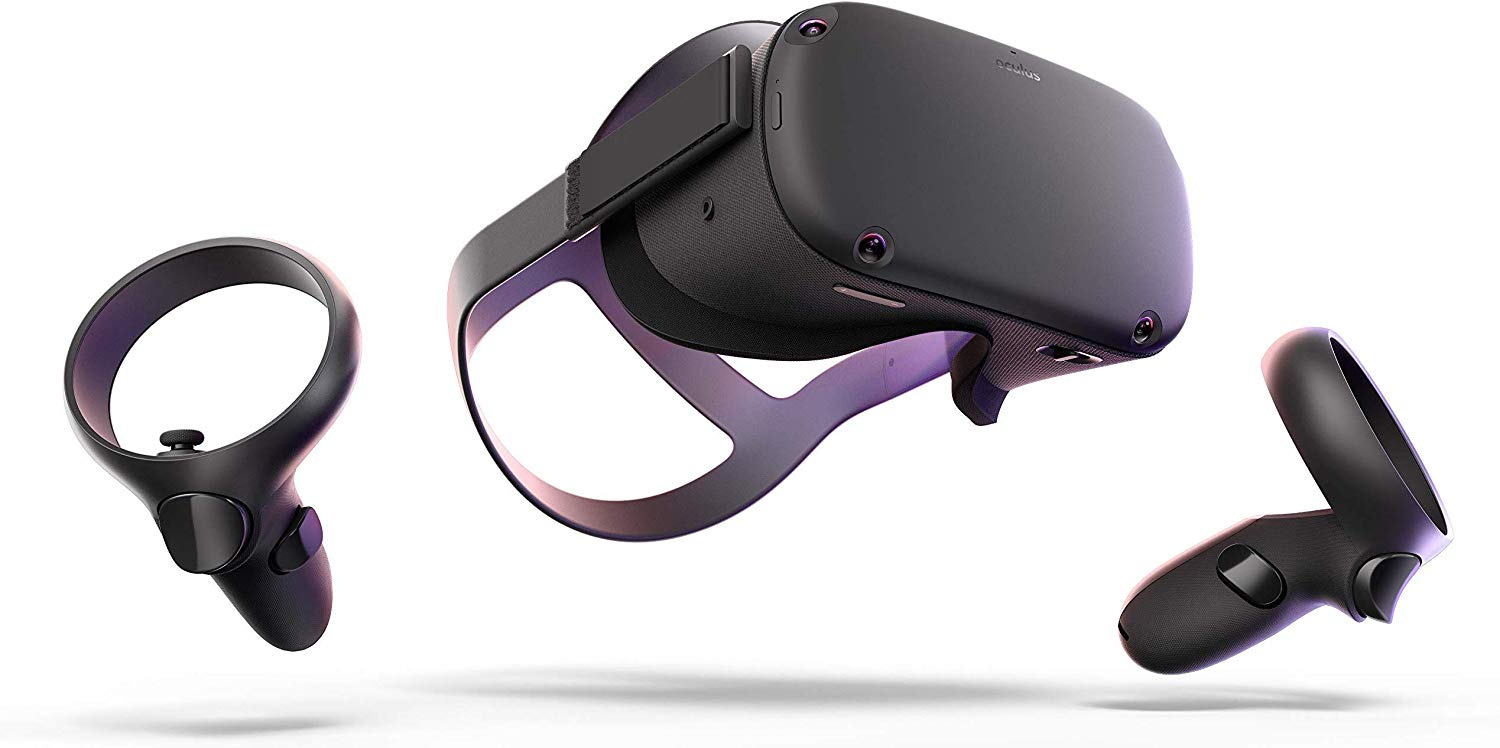 Edit: Was posted just to let people know they're coming back in stock as they've been sold out everywhere.

These have been out of stock since before Christmas and the first I've seen back in stock. Will ship tomorrow if ordered and will be recieved within 1 - 2 days

Get ready to immerse yourself in Virtual Reality (VR) worlds, without the need of an expensive gaming PC or annoying cables, thanks to the Oculus Quest, All-In-One VR Gaming System, with VR headset and controllers.

Fire up the Oculus mobile app and you’re all set to explore VR from almost anywhere. Four ultra-wide angle sensors inside the headset precisely track your environment – and instantly translates your movements into the VR game.

Haptic feedback and an ergonomic design means the Touch controllers provide you with a sensory and comfortable gaming experience. Your hands and gestures will appear in VR with faithful accuracy.

Set up in no time and start gaming. Oculus Quest handily works with your environment, so you can play standing or sitting as well as in spaces that are large or small.

There are 3rd party cables for a lot less that do the same jobb that are tested and recommend by others. Never got around to testing my one because my Quest died lol. Plus most of the stuff I wanted was available on the Quest without having to revert to my Rift library.
17th Jan
I bought mine from amazon.de at a far better price and it's never been out of stock

Isn't this the normal price for these now. No saving here

This isn’t HotUKStock. Deserves to be ice cold.
17th Jan

You don’t need a cable. Use Virtual Desktop!
17th Jan
The best purchase I’ve made in the past 12 months - absolutely love showing this to VR virgins
17th Jan

They're not 5m long optical cables though. If you plan on just using it in a chair next to your computer go third party, but not if you want room scale VR.

The cable is expensive but there's nothing else on the market that size or build quality for the price unfortunately.
17th Jan

Aren't you going to contact oculus support about that?
17th Jan

£89 for a goddamn cable, they are out of their minds.

Hopefully something aftermarket (and a lot cheaper) will appear at some point - until then I'll have to make do with the 3m + active extension cable someone bought for me.
17th Jan

£89 for a goddamn cable, they are out of their minds.

Ditto, although I am finding 3m frustratingly limiting so was looking forward to this coming out. Ah well, I'll probably end up biting the bullet after the next pay cheque. Stupid addictive Quest.
17th Jan

Aren't you going to contact oculus support about that?

Got it from eBay. Returned it and got refund.
18th Jan
Official cable review - youtube.com/wat…u8M
20th Jan
Back in stock at Currys too (useful for anyone who gets discounts through their employer).
currys.co.uk/gbu…tml

I'm still waiting for the 64GB ones to return.