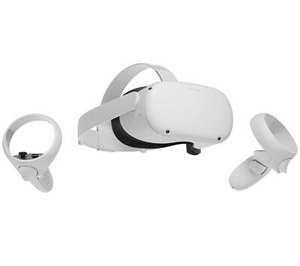 Not much of a saving i know, but it's unusual to find find a saving on the 256GB version so thought I'd post it as I'd not see it posted before.

Yes the Quest 2 Pro/Quest 3 is on it's way, but probably not until next year and details about it have been pretty much non existent. So it could be a while off being released yet.
Specification Brand: OCULUS

Headset sensors track your movements without the need for external cameras