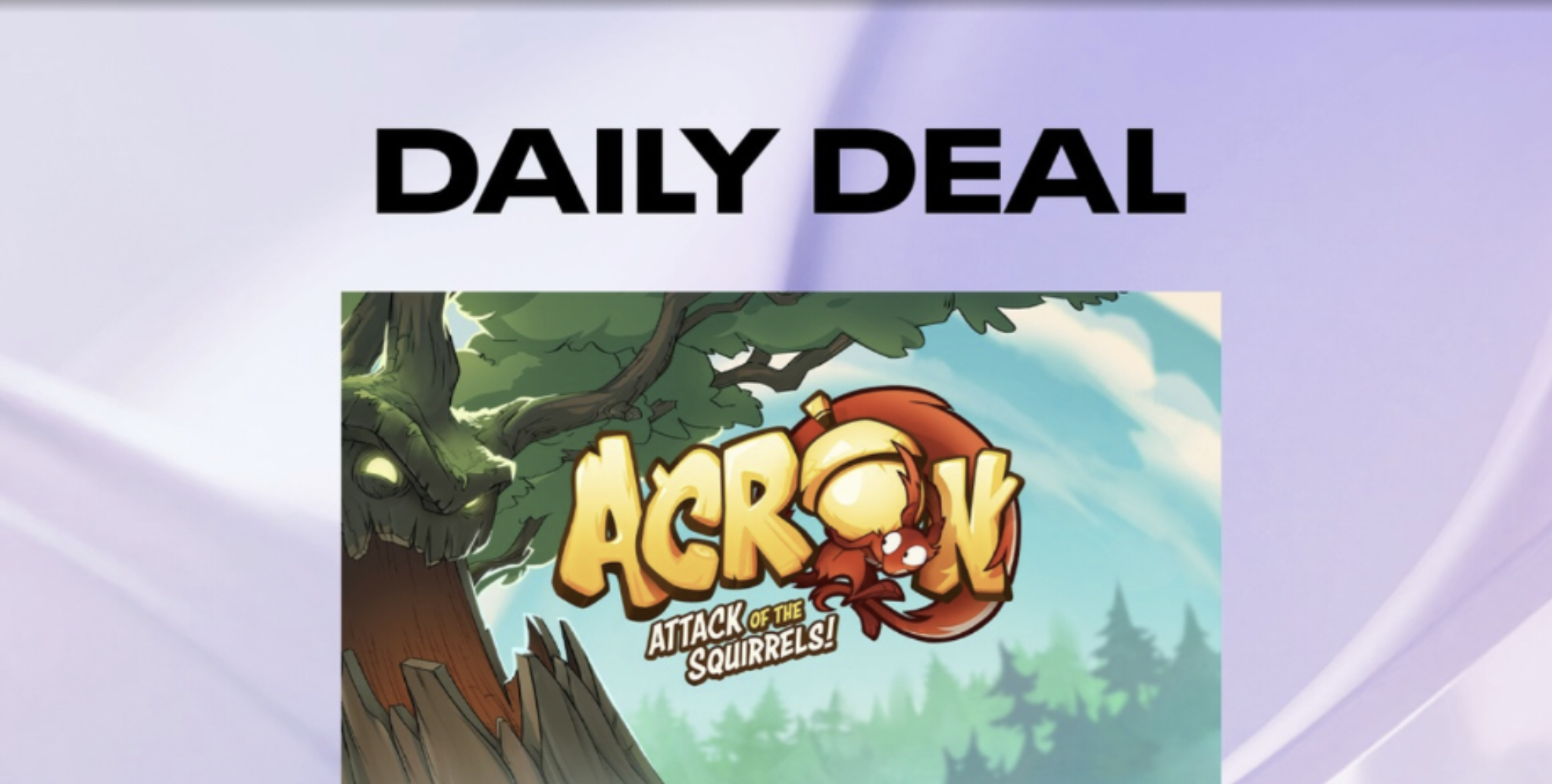 WARNING: This is a highly addictive VR game and must be played with at least one other person who joins the game on a mobile device.

The golden acorns are under attack! It’s up to you and your friends to protect them or steal them in this cross-platform party game, Acron: Attack of the Squirrels!, from Resolution Games.

A game that’s at its best when played as a couch party game together with a group of friends, Acron: Attack of the Squirrels! is both competitive and cooperative in nature for players across VR and mobile devices.

In this hilariously fun experience, one player in VR takes on the role of a large, ancient tree that is the sole protector of the golden acorns. Meanwhile, one to eight frenemies can then grab their iOS and Android devices to become rebel squirrels - who can be customized with 12 unique skins! - that'll do anything to steal the golden acorns using an arsenal of unique abilities across seven different maps.
PostTweetShare Share with WhatsApp Share with Messenger
Community Updates
9 Comments
Post a comment