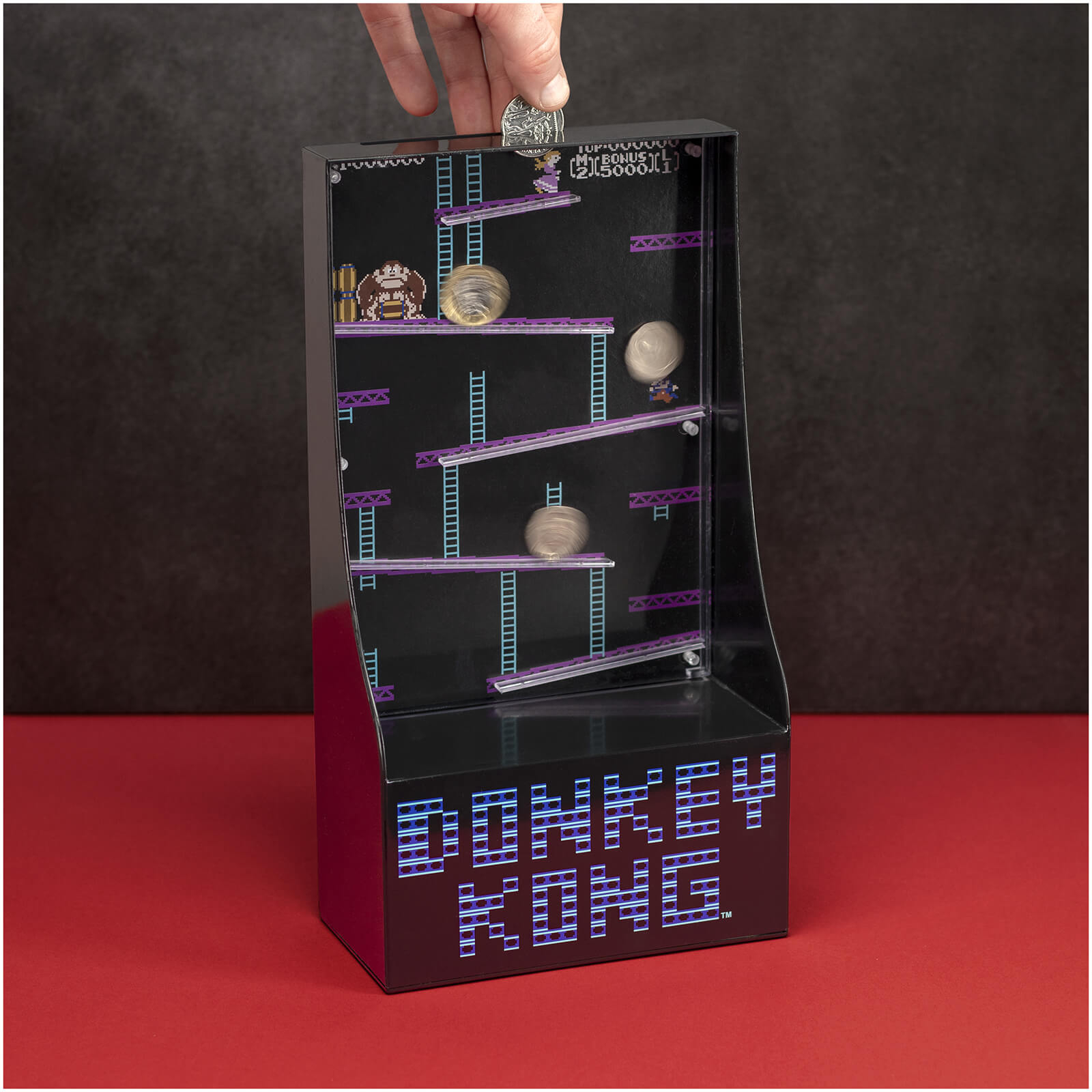 Use code ACFREE for free delivery.

Let the biggest, meanest gorilla around look after your coins with this fun and stylish Donkey Kong Money Box.

This 30cm tall money box has a super-retro design that features the instantly recognisable Donkey Kong arcade machine. So make sure you drop your coins in and keep them safe!

Donkey Kong was Super Mario’s original nemesis, and this fantastic piece of merchandise is a great collector’s item and makes a wonderful gift for lovers of the Super Mario franchise.

One of the most popular and instantly recognisable video game characters of all time, Mario first appeared in the iconic 1981 arcade game Donkey Kong under the name 'Jumpman'. Since then, Mario has become a legend within popular culture and has been a defining figure not just for Nintendo, but for the whole gaming industry. Since hitting the big time with Super Mario Bros. Mario has had huge success with other instalments such as Super Mario Galaxy, Super Mario 3D World and the hugely popular racing spin-off Super Mario Kart. 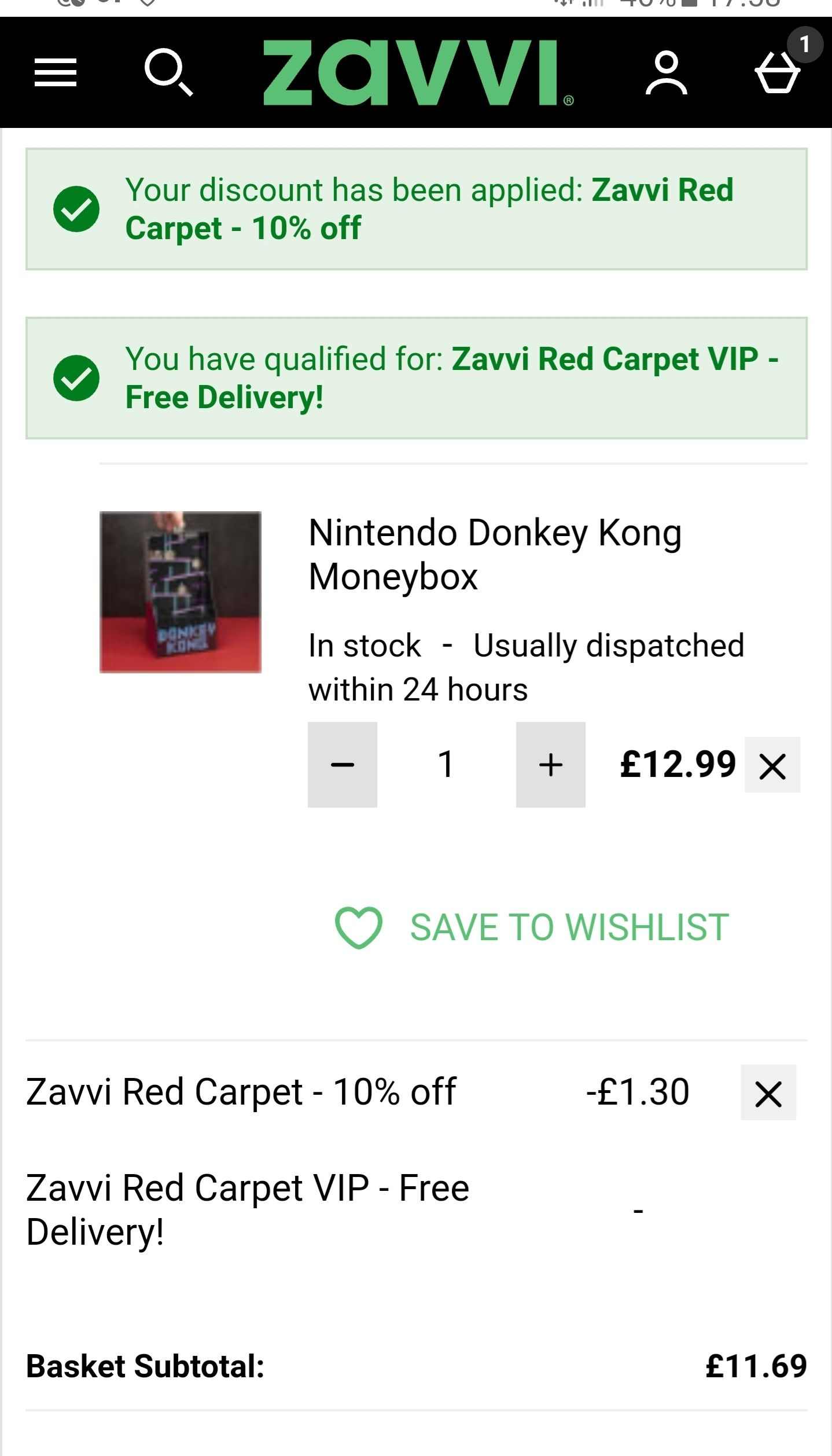 17th Jun
Does it come pre-loaded?
17th Jun
Looks horrible and cheap, cold
18th Jun
That has to be the longest product description I’ve ever seen. Is there a copywriter out there charging Zavvi by the paragraph?
18th Jun
Just a word of warning. I ordered some items on May 30th and they're still being processed. Worth bearing in mind before ordering from this company