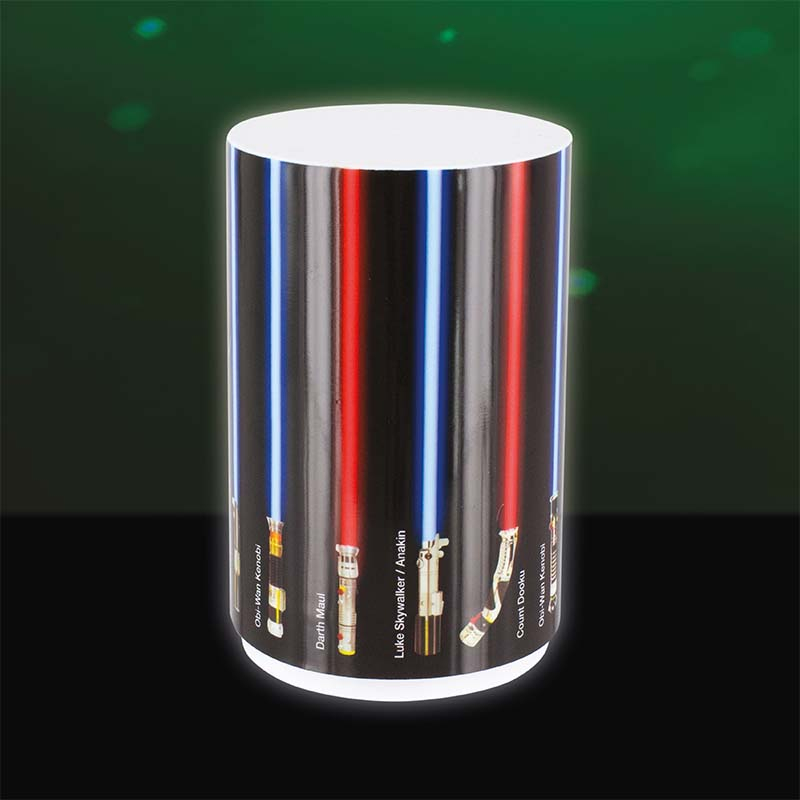 I thought this was agood price for this light, that even makes lightsaber sounds.
In the ongoing battle between light vs dark, tip the balance in your favour with this Star Wars inspired Lightsaber Mini Light!
Perfect for desktops, shelves or bedside cabinets, the Lightsaber Mini Light is an 11.5cm (approx. 4.5in) cylindrical light based on the iconic Star Wars weapon. Dual powered by either battery or USB (USB cable included, 3 x AAA batteries not included), the light also makes authentic sound effects when turned on and off.
Star Wars has been one of the most successful film franchises in cinema history since its original release in 1977, quickly becoming a defining moment in popular culture. The series has continued to win new generations of fans with each instalment, resulting in a global fan base of millions. From A New Hope and Return of the Jedi through The Phantom Menace and Attack of the Clones, right up to more recent successes such as The Force Awakens and Rogue One, Star Wars continues to reach new heights by introducing great new characters as well as focusing on old favourites.
The Lightsaber Mini Light is an officially licensed Star Wars product. 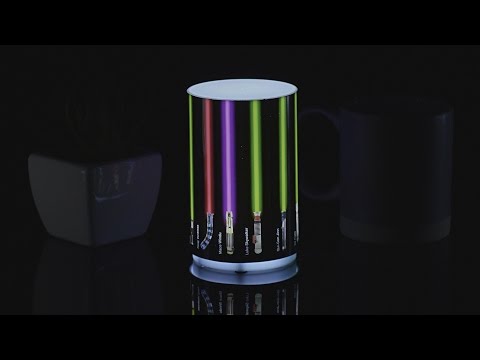 PostTweetShare Share with WhatsApp Share with Messenger
Community Updates
Thegiftandgadgetstore DealsThegiftandgadgetstore voucher codes
New Comment Subscribe Save for later
6 Comments
12th May
Ordered thanks
12th May
I have one of these but it does not run on usb.....Mine is the same as the one in the video and the bottom is the same where the batteries go. even same writing on mine.
Can't find a better pic to see where the usb suppose to plug-in.
12th May
Bought 4 different ones when Maplin's was closing down.
12th May
Daughter would love this
12th May
Out of stock
12th May 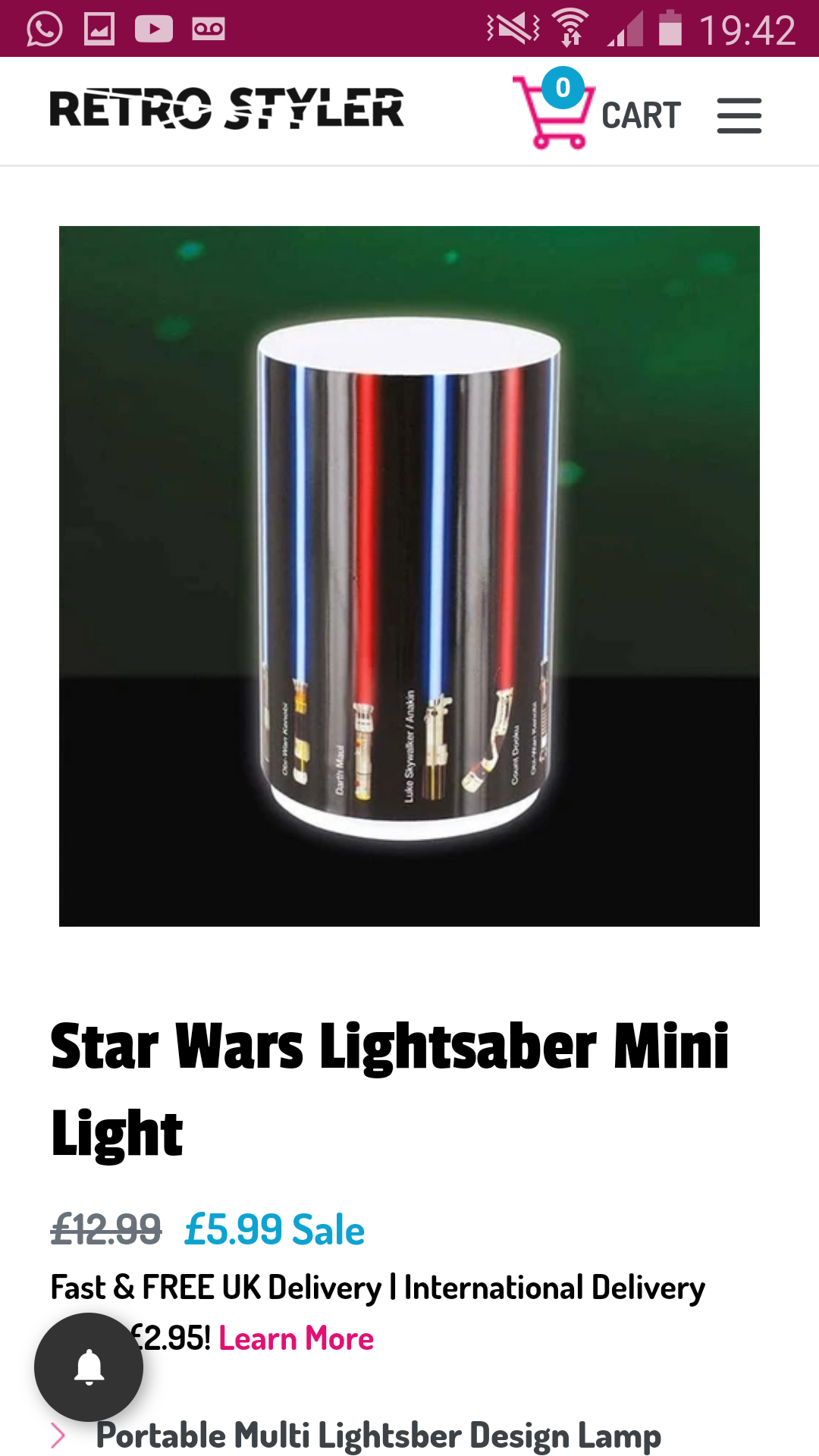 Not sure how to add the link, but these are available online at Retrostyler right now for the same price.