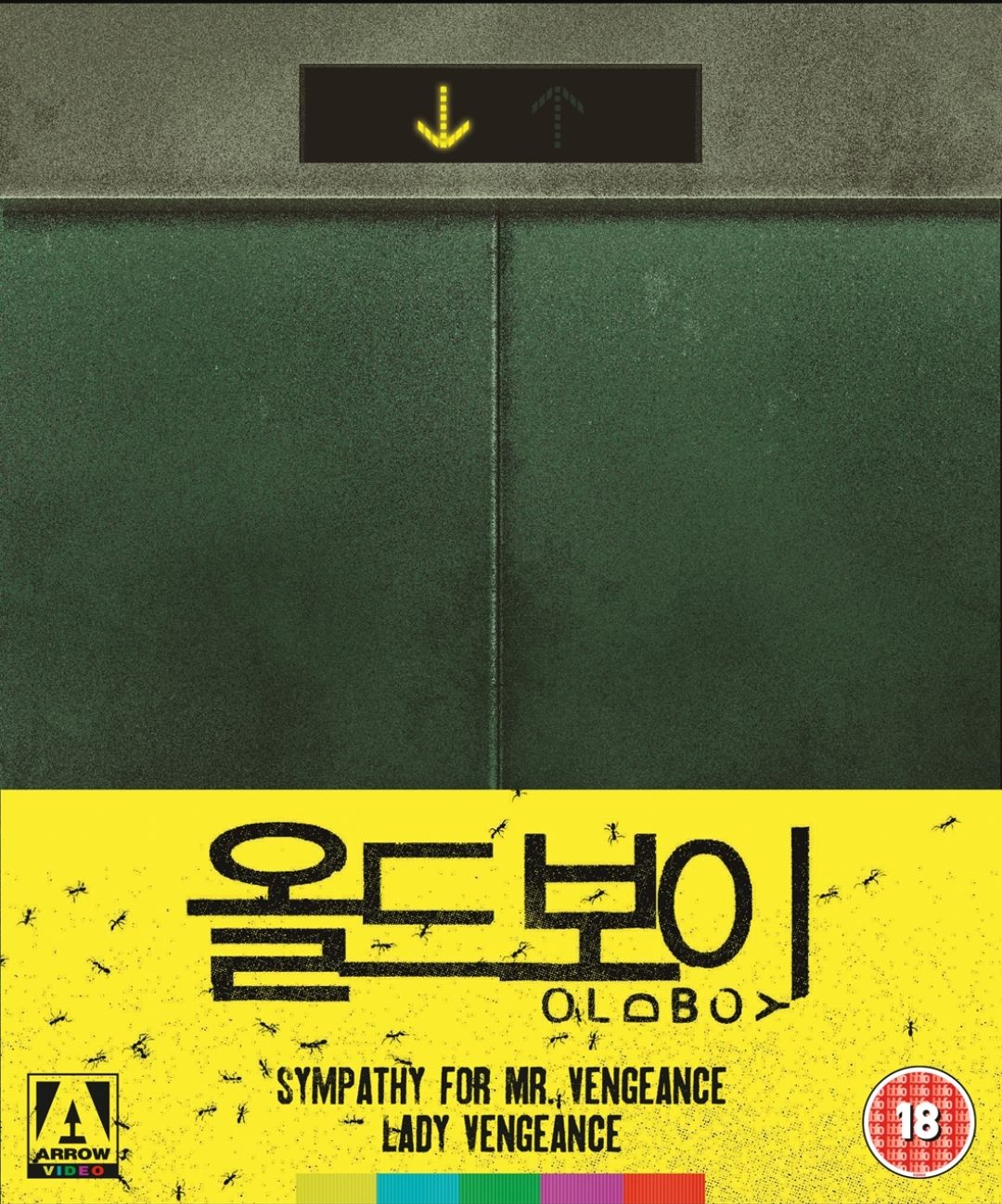 Without a doubt one of the best films ever made. Remastered in 4k but only normal blu rays from the negative. Also includes blu rays of Sympathy for Lady Vengeance, and Sympathy for Mr Vengeance. The film won't suit everyone as it's in Korean. It also has a VERY uncomfortable scene, (that I can't get into without a major spoiler), that might not sit well with some people.
But if you don't mind watching a film with subtitles, and love a good thriller. You would seriously struggle to find a better film.
You can pick it up on normal blu ray fairly cheaply. But if you're a fan of this film, you might be seriously interested in this.
It has already sold out on zavvi, despite being a fiver more expensive.
Go on....treat yourself.
PostTweetShare Share with WhatsApp Share with Messenger
Community Updates
HMV DealsHMV promotional codes
If you click through or buy, retailers may pay hotukdeals some money, but this never affects which deals get posted. Find more info in our FAQs and About Us page.
New Comment Subscribe Save for later
Top comments
27th Jul 2019
The product description is a little misleading so I think it's best to point out: There is NOT a 4K UHD presentation of the film in this set. The 4K refers to the restoration only, it's a Blu-ray set.
25 Comments
26th Jul 2019
Also sold out on the Arrow Official site
26th Jul 2019
Absolutely brilliant movie, remake not so much
26th Jul 2019
while i like a copy in 4k. cant say i like the artwork for this steelbook. 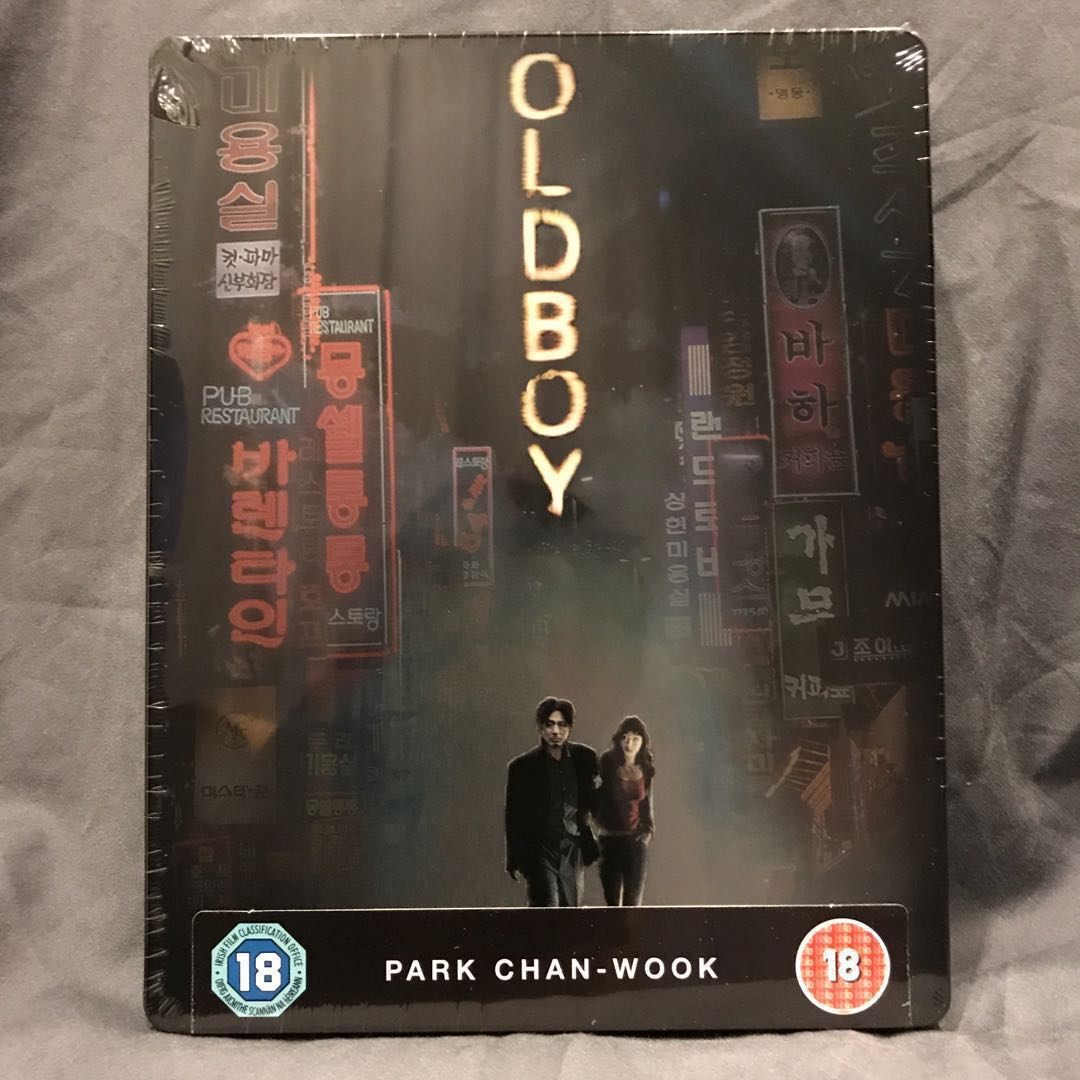 will stay with this one for now.
27th Jul 2019
The product description is a little misleading so I think it's best to point out: There is NOT a 4K UHD presentation of the film in this set. The 4K refers to the restoration only, it's a Blu-ray set.
27th Jul 2019
not a 4k ? missed that.
27th Jul 2019
The proper 4K print will be in cinemas from 2nd August - if you want a sneak preview it’s showing at Bristol’s Watershed ahead of nationwide release on Saturday afternoon at 15:45. (This will be the best version ever shown in the UK)

As pointed out, this is only a blu-ray of the restoration - will be better than the Tartan print but disappointing that none of these boutique labels like Arrow, Criterion or Eureka are bothering to step-up to putting out 4K discs yet, which seems ludicrous if they’re so concerned with being the cinephile’s optimum format.
Edited by: "Hadouken!" 27th Jul 2019
27th Jul 2019
I misunderstood that too then. I'll be cancelling my order. Thought perhaps not. As it's only Oldboy I've got on blu ray. Not the other two vengeance ones. Only have them on DVD
Edited by: "picorosco" 27th Jul 2019

Except that your release doesn't include Sympathy for Mr Vengeance and Lady Vengeance, and it doesn't come with a 100-page book.

I really enjoyed this and the remake to be honest. Have some heat.

They're probably hoping to make money twice, by selling it to mugs like me that had oldboy on DVD, then blu ray, then this slightly better blu ray. Before finally releasing a proper 4k version on disc, that I'll have to pay for all over again. They might also get money from people for the 4k digital version.
27th Jul 2019

I updated the description to reflect this. Cheers for pointing it out. I'd been fooled. I'm still buying it though.
27th Jul 2019
This and I Saw the Devil are amazing Korean films
27th Jul 2019
Probably worth mentioning the other films that come with the package as £24 for just oldboy seems steep
27th Jul 2019

"Without a doubt" nope, there's plenty of doubt, a terrible film

Well, it's always subjective, but the aggregate reviews on various sites would disagree.
27th Jul 2019
Just watched the remake and enjoyed it. Not seen the original though (yet).

All three films are brilliant. I don't understand why Oldboy gets all the attention, because the other two Vengeance films are on a par with it.
27th Jul 2019

Although they're known as the vengeance "trilogy", they were never planned, as far as I'm aware, as a trilogy. They just have very similar themes. I can't remember much of Mr Vengeance as I have not seen it in well over 10 years. But they're all well worth watching. I've not seen the remake, but from what I've heard from those who have seen both (they all saw the original first), the original is much better. The remake also misses out some of the more disturbing themes. Though I believe they were not in the Manga graphic novels/comics, that the film was based on. I own the first couple, but have never read them (waiting until I can get the rest at a reasonable price).
27th Jul 2019

Yeah it's a great bargain, already had it pre-ordered at the same price elsewhere though! HMV are a lot more reliable than the likes of Amazon on pre-orders as well.
27th Jul 2019
Heat from me. Love Oldboy, and i can finally get around to the other vengeance films.
30th Jul 2019

Is this true? I'd love to see Oldboy in the cinema!! Big fan of the other films, Lady Vengeance is my favourite of the three (and I did see that in the cinema when it came out).
30th Jul 2019

I’ve even done some work based on your username.
Assuming you’re in Cardiff - one screening at the Cineworld Cardiff 20:00 next Monday night.
30th Jul 2019

You are a total legend!