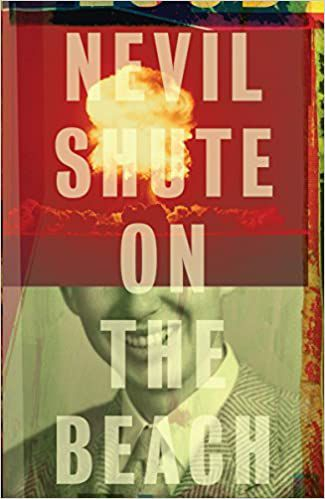 On the Beach by Nevil Shute 99p @ Amazon Kindle store

After a nuclear World War III has destroyed most of the globe, the few remaining survivors in southern Australia await the radioactive cloud that is heading their way and bringing certain death to everyone in its path. Among them is an American submarine captain struggling to resist the knowledge that his wife and children in the United States must be dead. Then a faint Morse code signal is picked up, transmitting from somewhere near Seattle, and Captain Towers must lead his submarine crew on a bleak tour of the ruined world in a desperate search for signs of life. On the Beach is a remarkably convincing portrait of how ordinary people might face the most unimaginable nightmare.
PostTweetShare Share with WhatsApp Share with Messenger
Community Updates
Amazon DealsAmazon discount code
New Comment SubscribeSave for later
7 Comments
27th Apr
Great writer.
27th Apr
Allegedly the inspiration for the lyrics to Everyday is Like Sunday by Morrissey. Not read the book but love the song. Might take a punt at that price.
27th Apr
Good book, but written shortly after WW2 before theories like a nuclear winter were developed, so the post nuclear holocaust in the book isn't anything like what we would now expect.
Edited by: "Regprentice" 27th Apr
27th Apr
Cracking read
27th Apr
A fantastic and rather haunting movie with Gregory Peck, Ava Gardner, Anthony Perkins. Well worth a viewing especially in the current climate.
27th Apr

I thought the 2000 remake was very good too. Around 3 hours long, it had more time to flesh out the characters than the first film.
27th Apr
Great book