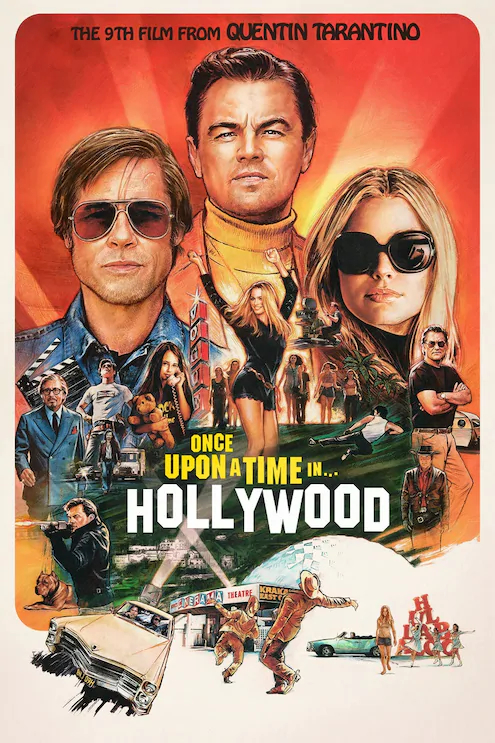 I agree. Brad Pitt’s scene at the ranch was tense and brilliantly shot.
24th Feb

Not terrible but yes it was very random. So much so I lost interest
24th Feb

the final scene is excellent, but like you I thought wtf is this, but then I saw an American post on another forum and say you need to understand the story from the 60’s

so basically anyone who did not grow up in the 60s in Hollywood/America will struggle with it...I did not even know it was based on true events or about Sharon Tate etc
Edited by: "Aeschylus" 24th Feb
24th Feb

Whilst I agree with the 'poo' sentiment, I do hope Mr Tarantino takes a long hard look at himself and realises his monumental mistake in making this 'film'.

Surely (don't call me Shirley) he can come up with another masterpiece...
24th Feb
I only remember that good looking girl with an armpit hair but can't remember what was movie all about...was it documentary? Some people walking, talking...
24th Feb
Same price on iTunes to rent.
24th Feb
Not a good film at all. All this blurring of real history hides what was a horrendous murder of a heavily pregnant woman...and others.
24th Feb
Just what I needed. Thanks
24th Feb

Just the one armpit hair? Bizarre.

I enjoyed it. Good but not great. But I wouldn't sit through it again. Like all his others bar Reservoir Dogs and Pulp Fiction, it felt very bloated. Needs to cut the run time of all his later films by one hour.
24th Feb

Good acting though, but that's about it
24th Feb

I enjoyed it
24th Feb
so, so dull. Didn't finish it.
24th Feb
I torrented this film and feel ripped off. Woeful. Absolutley terrible.
25th Feb
I watched it on Saturday and although it was quite long, I enjoyed it. Worth looking at the Wikipedia page for the background to the plot. Acting & visuals excellent but it was quite slow moving with 10 minutes of cartoon violence at the end.
25th Feb

I agree. Brad Pitt’s scene at the ranch was tense and brilliantly shot.

That was one very good scene in this film. Overall it was pretty shambolic in my opinion. Tarantino's foot fetish also reaches it's pinnacle in this film
14th Mar
Deal expired, now £4.49