The first One Punch Man game to come to PC and main consoles is here! Developed by Spike Chunsoft Co., players will create their own avatar to fight in ONE's world. The fighting system is a dynamic 3 v 3 that features random events and allow you to use your powers as you wish in open spaces.

OPM: A Hero Nobody Knows is a 3D fighting game based on the popular series by ONE. The fights are somewhat closer to what players saw in Spike's previous title JUMP FORCE than in most BAMCO fighting games, so this means that there's plenty space to players use their powers. The game will also feature a character creator and players will be able to join forces with characters from the series in order to take part in these battles. Of course, there's also a system in place that allow your character to upgrade their superpowers.

As for pre-order bonus: "Pre-order now to receive the following bonuses: 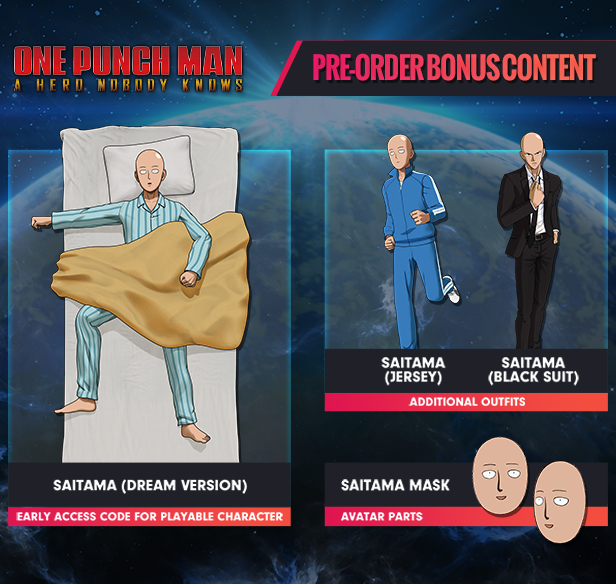