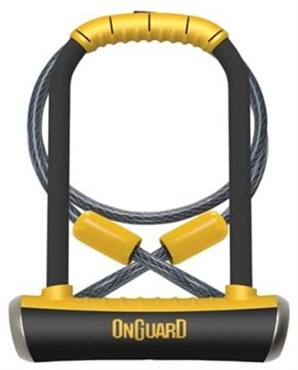 Thanks to @reindeer333 and @matwalaboy for posting this deal last year

The OnGuard Pitbull U-lock bike lock is accredited with insurance friendly Gold Sold Secure. This is the highest protection rating that a bike lock can achieve so you can be sure your bike is safe and secure. It is rare to see such a solid bike lock at this price that can offer such protection.

The OnGuard Pitbull bike lock is designed for use in medium to high crime areas. A 14mm hardened steel shackle offers excellent cut resistance whilst being tough against leverage style attacks.

OnGuard’s Pitbull comes with plenty of spare keys, including one which features an LED for easy locking and unlocking at night. A protective vinyl coating means your valuable paintwork won’t get scratched. 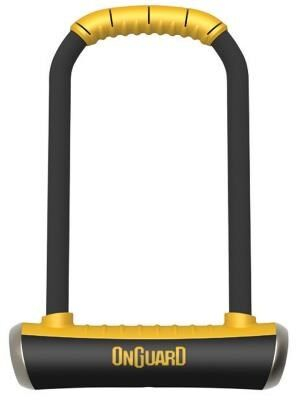 Key Features
PostTweetShare Share with WhatsApp Share with Messenger
Community Updates
Tredz Online Bike Shop DealsTredz Online Bike Shop evouchers
New Comment Subscribe Save for later
24 Comments
27th Feb
Great price!
The RRP on this lock is over £50
Thieves will need more than bolt cutters to get through this.
I believe it has some sort of insurance if your bike is stolen too.
27th Feb

I bought this lock, locked my bike with it to a u-bracket on the wall and then no matter what I tried it would not unlock it lol I had to in the end angle grind the lock off. I hope mine was a one off experience but was a costly purchase to make.
27th Feb
I have one of these for locking my nice bike in the garage. Really sturdy and comes with 4 or 5 keys IIRC. Mine was more than this, great deal
Edited by: "cactusbob" 27th Feb
27th Feb

Omg...Did you contact them?
I have a Pitbull LS(Long Shackle) and a Brute.
My mates have the same all with no issues for over 3 years.
27th Feb
Have had this lock for a couple of years and it's been pretty decent with very little corrosion.
27th Feb
This has been a great purchase for me. Also one of the keys comes with a light built in! But never seen it for £50. I think I paid £28.99 2 years ago so good price now.
Edited by: "twe" 27th Feb
27th Feb

Me too. Twice. Managed to get mine off with a hammer. The second was the replacement that I received under guarantee for the first!

I do have another, which is older than both the others and which is still fine. Guess they must have changed something.

Anyway, I have gone back to Abus.

Thank you @PhilipGregson for the info
27th Feb
Nothing is gonna stop a battery powered hand held grinder with a cutting wheel on. If you have an expensive bike dont leave it anywhere regardless of whatever fancy lock you have. Battery powered grinders should be outlawed.
27th Feb

Sad but true, security is only ever a delaying tactic. I use my new local train station to get into Manchester for a pub crawl, and would love to cycle there and back from the station. They have a bike shed inside the station compound but no cameras surveying it, or secure containers for the battery. Off topic perhaps, but if you want people to use bikes we need to get the security aspect up to speed.
27th Feb 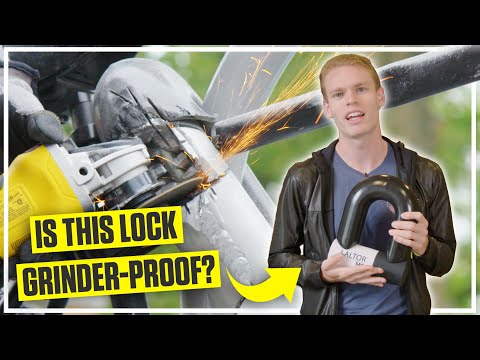 27th Feb
If you get this, be sure to regularly lube the lock mechanism!
27th Feb

This claims to [Video]

Doesn't it just! Like something out of a Warner Bros cartoon.


Actually, you should watch the inventor's youtube video, even after 40 minutes cutting, he is still totally incompetent with an angle grinder. 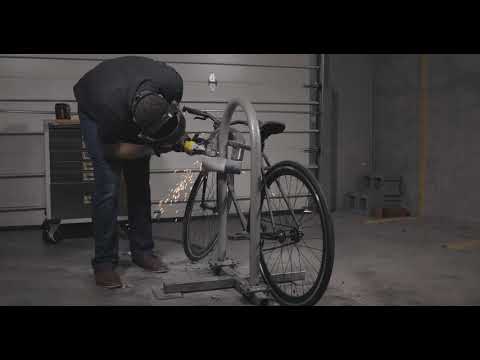 27th Feb
Check out lock picking lawyer on YouTube,video 793, he tries to cut through the Onguard brute 8001 with a rebar cutter, #epicfail ,17mm thick with the usual bucket full of keys. I bought a Magnum made a few years ago that has abloy keys wheras these have the routed out type so it's important to keep all moving parts well lubricated.
Edited by: "trannyboy" 27th Feb
27th Feb

You can break off many modern stands with brute force, I saw a group of 5 kids doing it many years ago, but unfortunately didn't realise what they were up to until I next passed the stands some days later, and noticed the hoop that had a bike locked to it that they were surrounding was missing!

It seems to be a common theme with novel lock demonstrations, always the wrong, unsuitable, or incorrectly adjusted tools, or incorrectly used. Like cable cutters designed only for use on copper on steel cables, and bolt cutters with the jaws miss-adjusted.

But in his case, he should have never have been allowed to progress away from using child safety scissors.

I would attempt to cut out the lock barrel first, but if that didn't work, then I'd fancy my chances with a hacksaw to cut away the aluminium shell, or cutting along the weld line between the two halves of the aluminium shell with the grinder and splitting it to expose the steel u-shackle. Or make an oversized safety guard and use a larger disc to finish the cut, if the grinder is man enough.
Edited by: "melted" 27th Feb
28th Feb