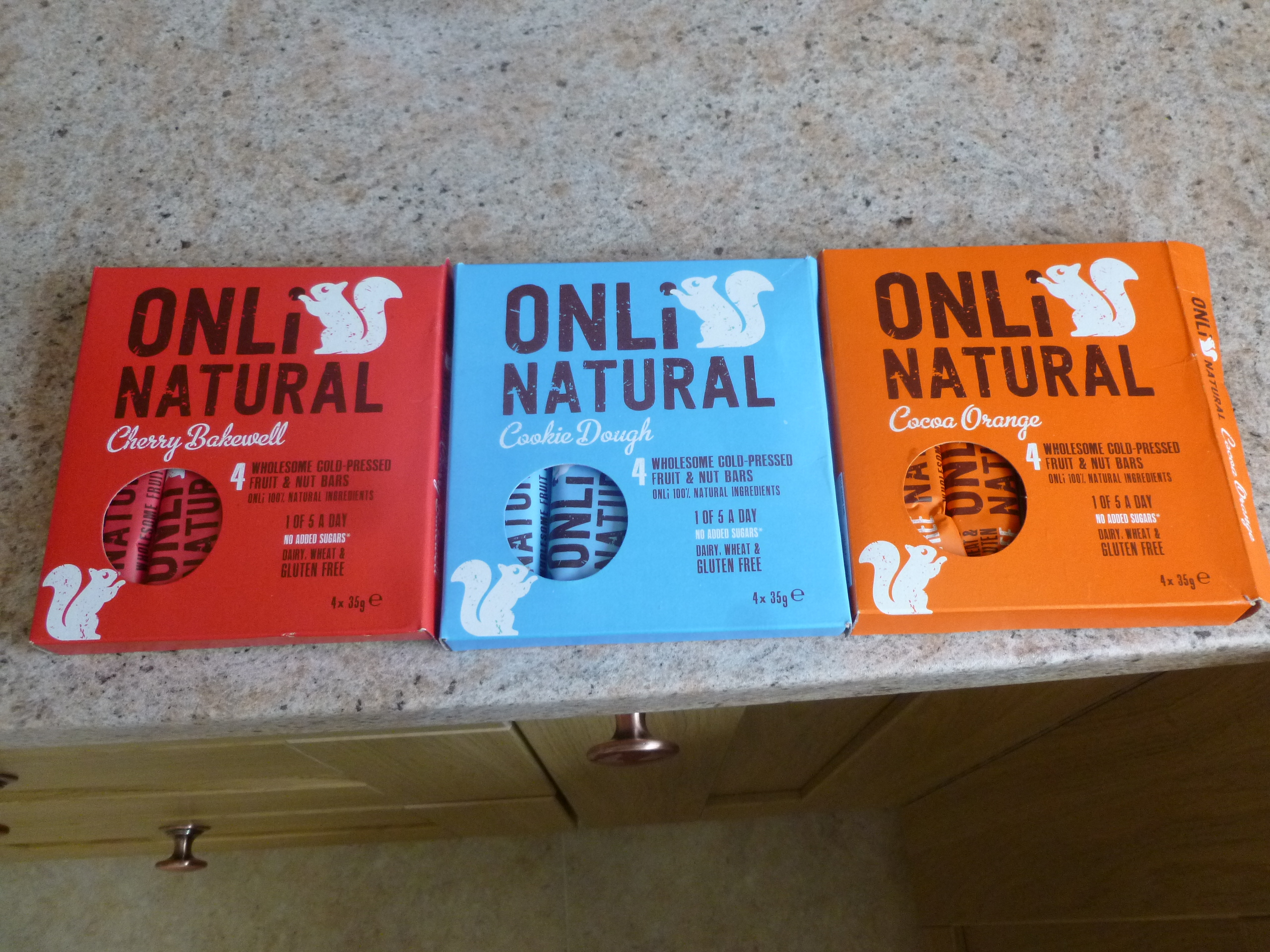 I just saw these in Home Bargains at Langley Mill and bought a packet of each flavour (cookie dough, cherry bakewell and cocoa orange), not expecting them to be as nice as the Nakd brand as they're quite a bit cheaper, but they are as nice, if not nicer! The cookie dough is particularly moreish and as far as I know, Nakd doesn't have that flavour.

All made from cold pressed fruit like dates, cashews and raisins so there's no added sugar or anything - it's basically like eating dried fruit that hasn't been messed with.

I've just eaten a bar of each flavour. At 135 calories each I could've had a bowl of ice cream instead. FML.
PostTweetShare Share with WhatsApp Share with Messenger
Community Updates
Home Bargains Deals
New Comment SubscribeSave for later
4 Comments
9th Sep 2018
I always like to go Nakd but this time I’ll have some of your nuts. Lol ‌ ‌
10th Sep 2018
I love cherry bakewell cakes so naturally went for the cherry bakewell flavour. OMG was disgusting and so chemically tasting. However, the orange and cocoa is sublime.
10th Sep 2018

Really? I thought the cherry bakewell one was nice! The cookie dough is delightful What do you think of the Nakd cherry bakewell flavour then?
14th Sep 2018
These ones are cheap nasty and taste like petrol. Nothing like Nakd bars at all.
Bought for my daughters lunch box and had to launch them in the bin straight away.
Yuck.