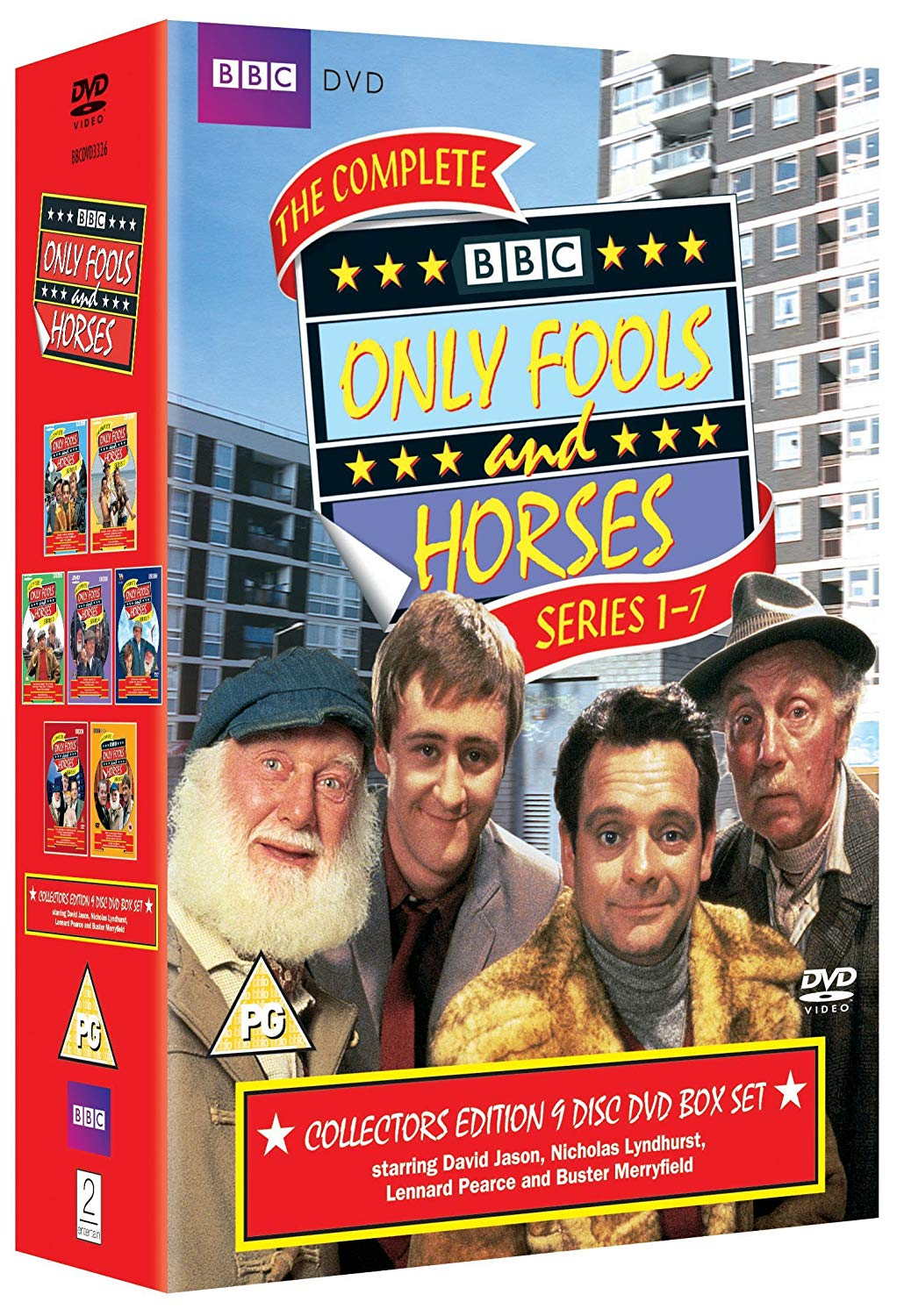 Don’t think I have seen this classic series as cheap as this ever. 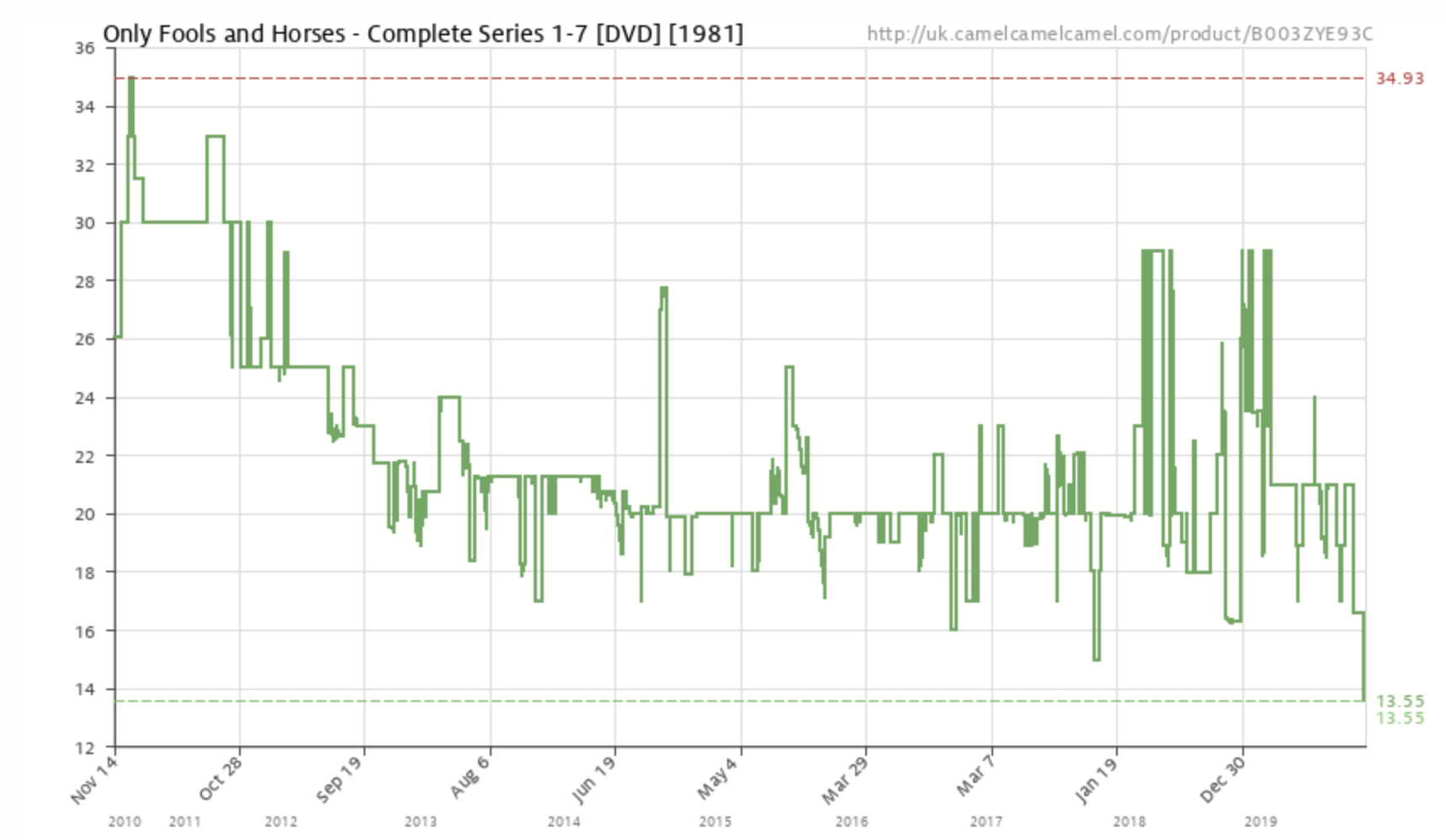 Description
Every episode from the first seven seasons of the hugely popular BBC series about the wheeler-dealer Trotters, starring David Jason and Nicholas Lyndhurst.

Season 1 episodes are: 'Big Brother', 'Cash and Curry', 'Go West Young Man', 'The Second Time Around', 'A Slow Bus to Chingford', 'The Russians Are Coming' and 'Christmas Crackers'.

Season 3 episodes are: 'Homesick', 'Healthy Competition', 'Friday the 14th', 'Yesterday Never Comes', 'May the Force Be With You', 'Wanted', 'Who's a Pretty Boy?' and 'Thicker Than Water'.

Season 4 episodes are: 'Happy Returns', 'Strained Relations', 'Hole in One', 'It's Only Rock and Roll', 'Sleeping Dogs Lie', 'Watching the Girls Go By' and 'As One Door Closes'.

Season 5 episodes are: 'From Prussia With Love', 'The Miracle of Peckham', 'The Longest Night', 'Tea for Three', 'Video Nasty' and 'Who Wants to Be a Millionaire?'.

Gutted they haven't got blu ray version on sale, great deal though

Dont think a bluray version of these ever came out?
3rd Dec 2019

Dont think a bluray version of these ever came out?

That will most probably be why then lol
3rd Dec 2019

you’d be a plonker not to buy it at this price!

It is also available on NOW TV Entertainment
3rd Dec 2019

That will most probably be why then lol 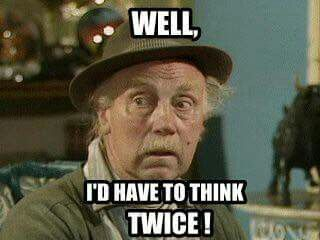 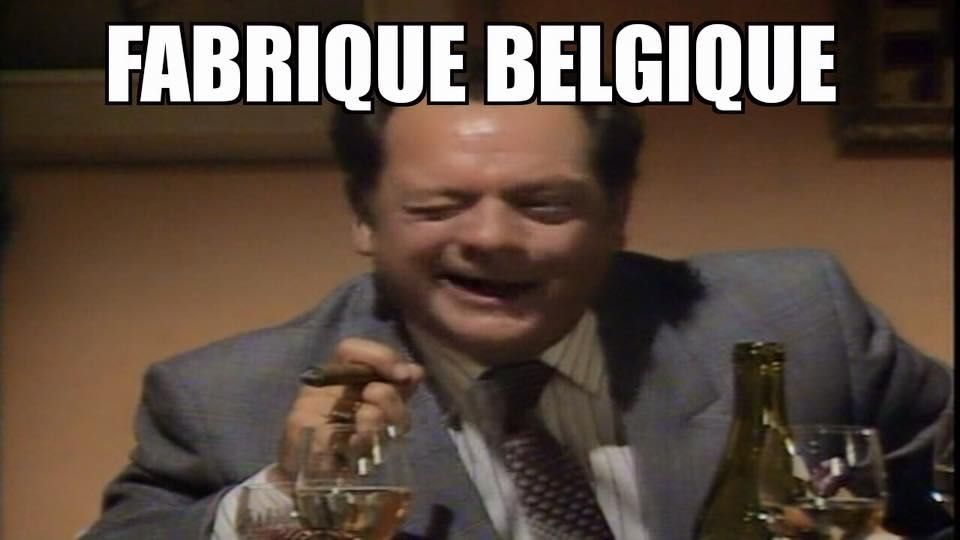 3rd Dec 2019
Half the series is missing! I bought this for my hubby a Christmas or two ago and there are SO many episodes missing it's not even funny.
4th Dec 2019
This is on NowTV. no need to buy it!
4th Dec 2019
Great deal not seen it this cheap. Are the specials included?
4th Dec 2019
alright Dave
4th Dec 2019
Some of these episodes are edited so this box set isn’t the full edition.
4th Dec 2019

This is on NowTV. no need to buy it!

I do not use any online streaming so there is a need for me to buy it. I rather add to my collection and can watch when ever I want and not keep paying for subs for streaming services and to find it not on ther 1 day I want to watch a few episodes.

Great deal not seen it this cheap. Are the specials included?

Doesn’t seem to be.
4th Dec 2019
Wish the bbc would redo these in Blu-ray format and uncut as the bbc have recently released faulty towers on Blu-ray.

Great deal not seen it this cheap. Are the specials included?

No , you want the complete collection

This is on NowTV. no need to buy it!

Just checked & the series is unavailable (I had it on my watchlist) there is only 1 special available to watch.

Sorry my bad. My 11year old boy keeps watching them over and over again. I thought they were on NowTv but we have Turkish Netflix as well.I don't think he has seen the last 4 seasons. I'll pop this in his Christmas stocking. 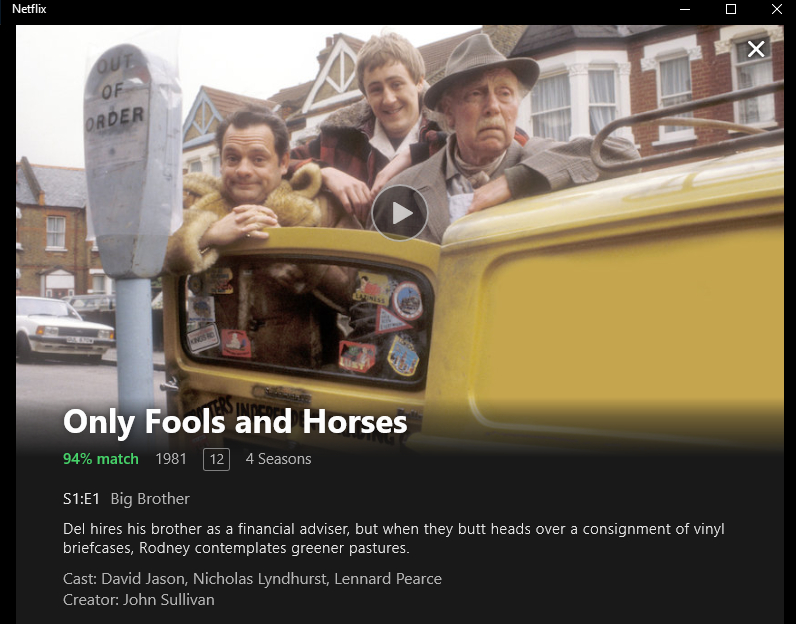 Is the bit when del falls through the bar still on these?

…https://smile.amazon.co.uk/Only-Fools-Horses-Complete-Collection/dp/B07CXGKZDY/ref=sr_1_1?keywords=Only+Fools+and+Horses+the+Complete+Collection+DVD&qid=1575472617&smid=A3P5ROKL5A1OLE&sr=8-1For Complete collection on Amazon.co.uk for £12.96 on Prime.

It should be - the episode is called Yuppy Love.

…https://smile.amazon.co.uk/Only-Fools-Horses-Complete-Collection/dp/B07CXGKZDY/ref=sr_1_1?keywords=Only+Fools+and+Horses+the+Complete+Collection+DVD&qid=1575472617&smid=A3P5ROKL5A1OLE&sr=8-1For Complete collection on Amazon.co.uk for £12.96 on Prime.

Sold out
4th Dec 2019
Everyone needs this in their collection