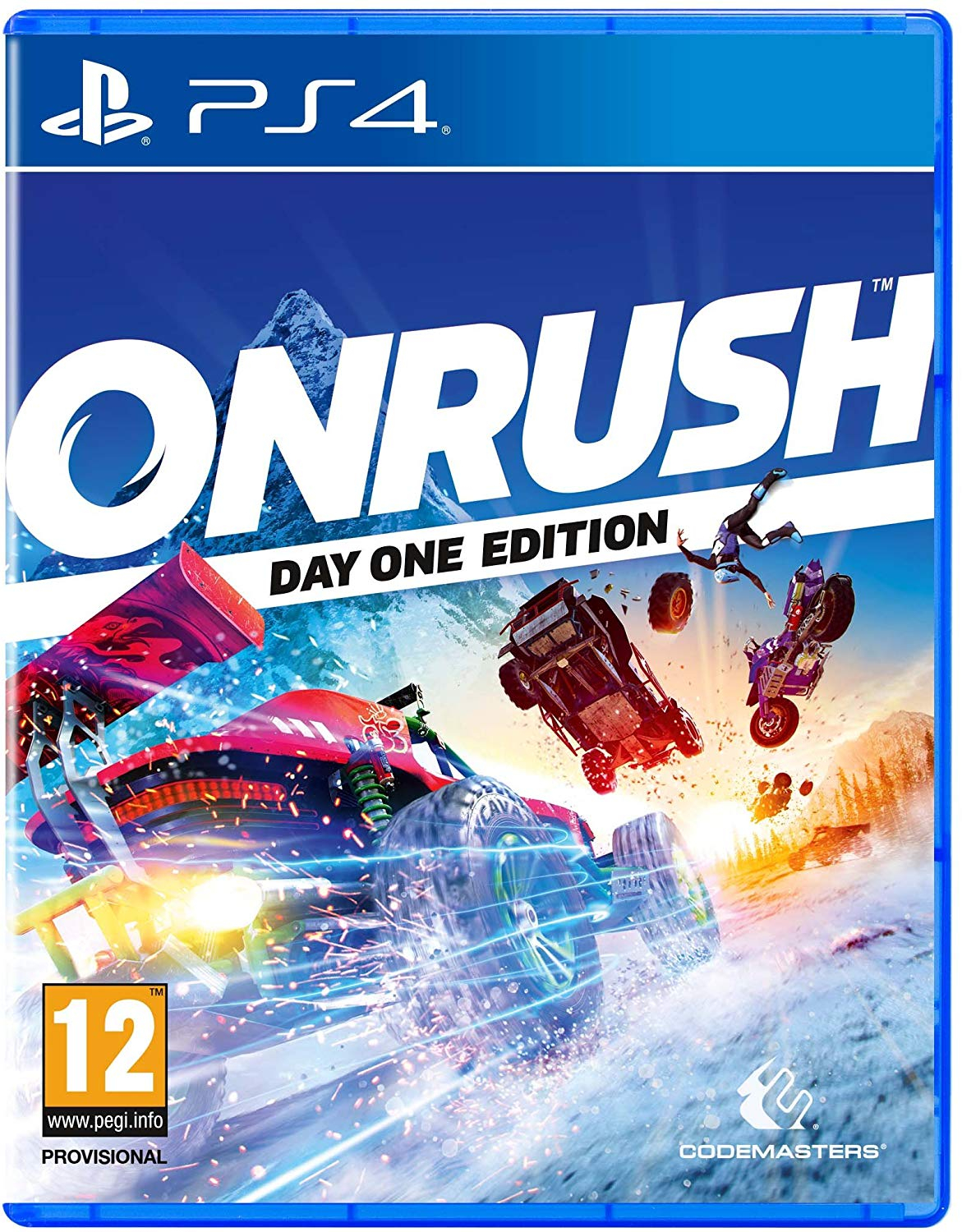 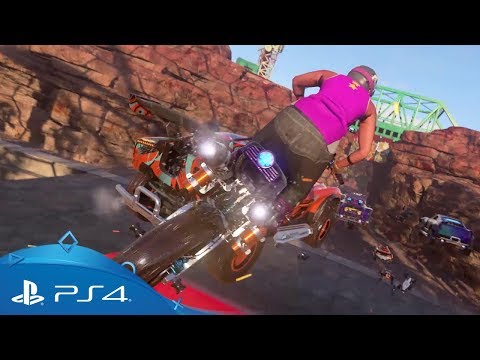 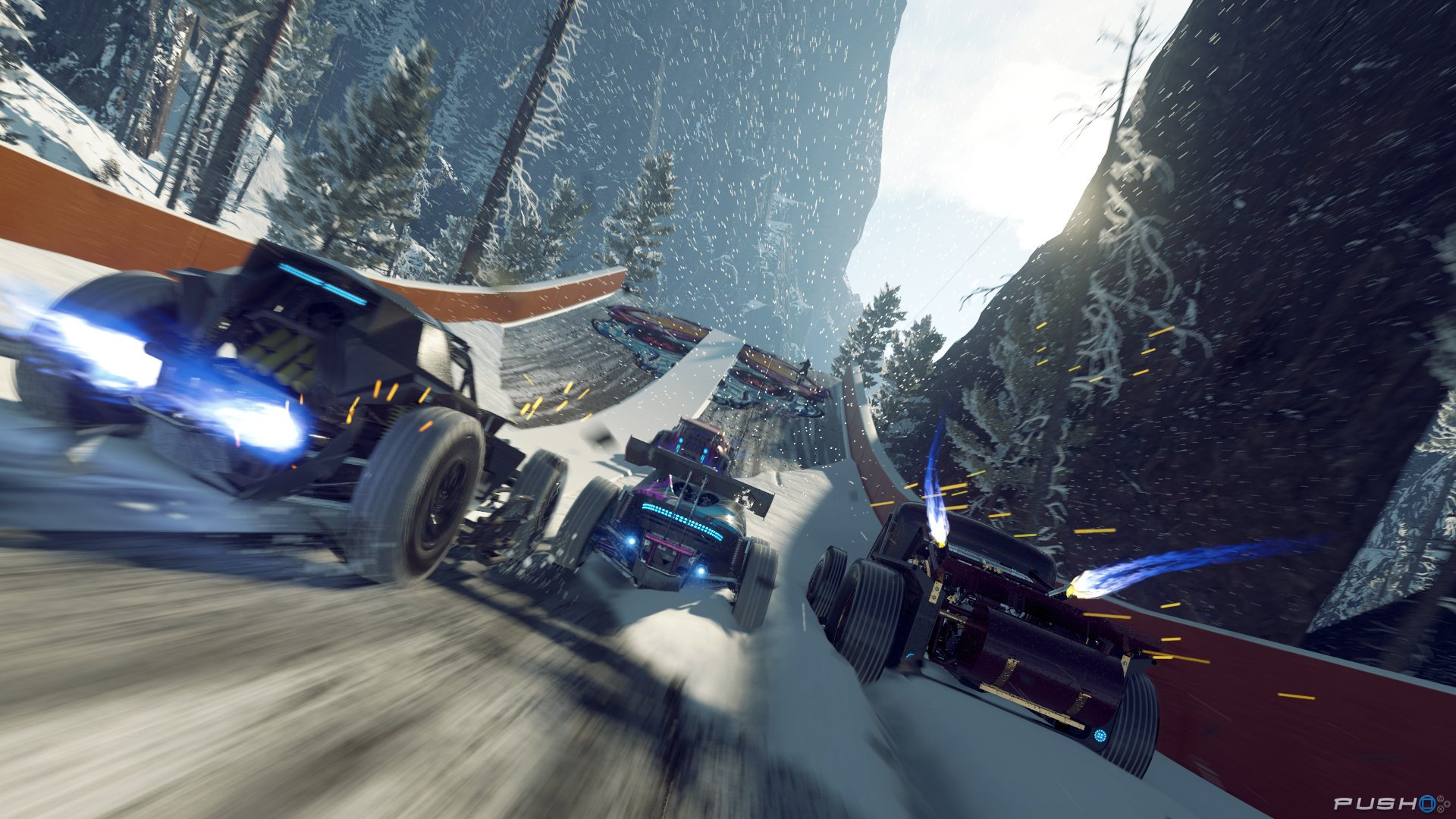 Race, smash and takedown your opponents in a refreshing break from the norm action/arcade racing. Dare to be reckless and win at all costs as you enter into the world’s most celebrated and globally streamed, extreme sport. Onrush catapults you into the heart of the action, as you chase down vehicles in vibrant, multi-layered, landscapes that will thrill, excite and encourage players to perform the most extravagant
takedowns! Win as a team and defeat all to show the world you have what it takes to become the ‘Champion’.

TAKEDOWNS: Takedowns are core to Onrush. Risk equals reward so take on the track and seek out the multitude of perilous but exciting routes through each track. Speed off cliff edges and traverse huge ramps flying hundreds of feet through the bold, bright sky. Land with immense force crushing any opposing teams vehicles unfortunate enough to be below.

VERTICALITY: There’s no holding back as you attempt to take on more and more treacherous routes to find the perfect vantage point. Explore and use the environments to barrel roll hundreds of feet through the air, vault off cliff edges, boost off ramps and even dive round the side of a 400ft Dam.

RUSH: Racing at breakneck speed only gets you so far. To really gain an unworldly edge, build your bar and unleash the invulnerable, euphoric blast of speed and power RUSH!! Completely unique to each vehicle In both look and ability, this is like nothing seen in any racing game before.

TEAM PLAY: Be part of the team and attack as a pack working together to earn Points, XP, Medals, Boost and ultimately ‘RUSH’ to obliterate the opposing team.

ALWAYS IN THE ACTION: With no start or finish line Onrush is a constant exhilarating stampede of action. Been wrecked? Then hold your breath! as you respawn instantly back in the action and ready for revenge.

ADAPTIVE SOUNDTRACK: The soundtrack to Onrush as alive as the game itself. The game pulls songs from a huge library of explosive edge of your seat tunes that mix and adapt as you drive. The type, speed and volume of the tracks all change in real-time reflecting the action in the game. 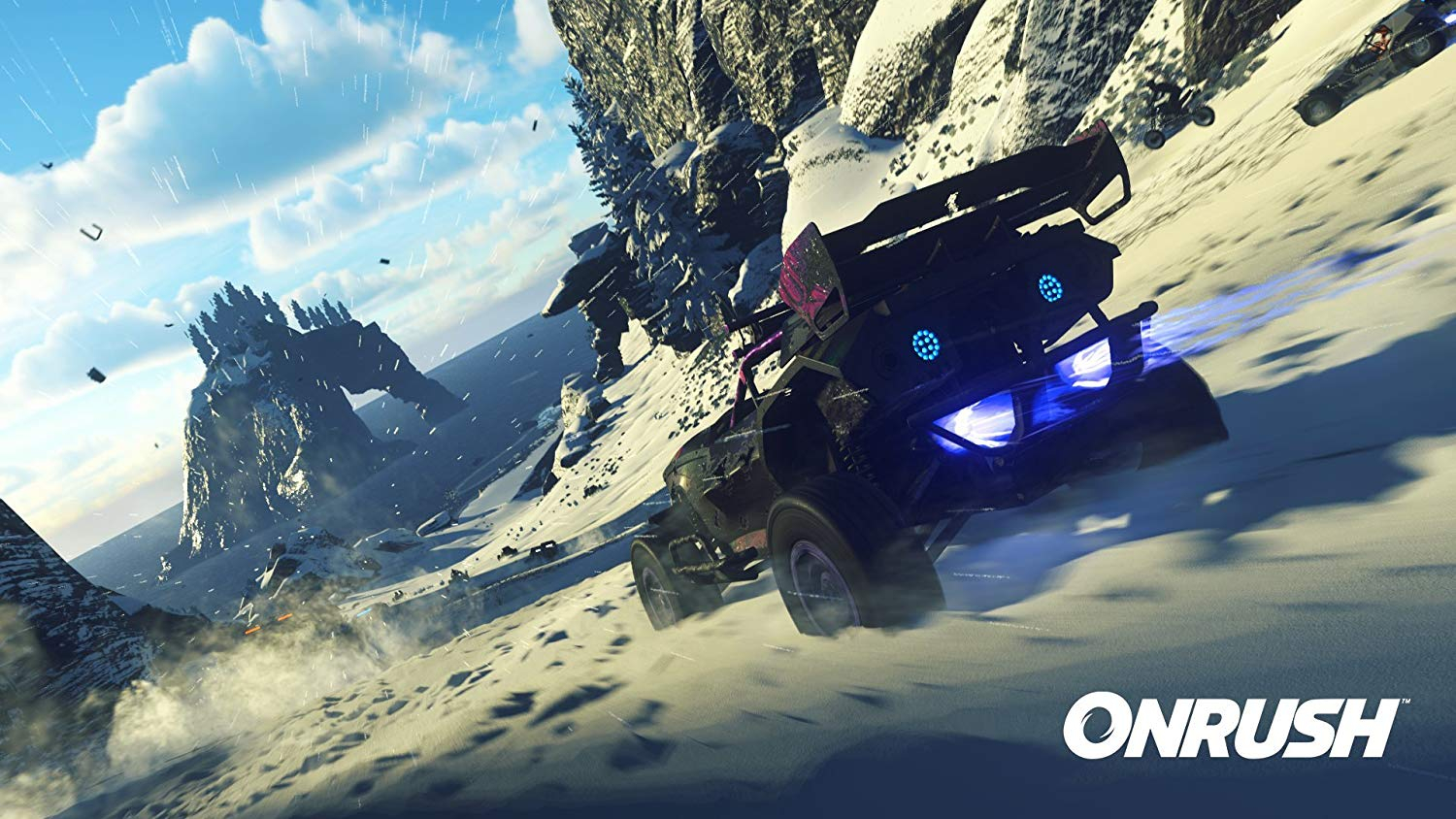 PostTweetShare Share with WhatsApp Share with Messenger
Community Updates
Simply Games DealsSimply Games voucher
New Comment Subscribe Save for later
25 Comments
3rd Feb
Meh. Good fun for about a day or 2. Good price though
3rd Feb
Excellent game. Only 16 tracks though. The studio that made it was shut down, so little to no chances of it being updated.
3rd Feb
Great game
3rd Feb
Really enjoyed this game, IMO not a tough platinum either
3rd Feb
Can you play 2 player off-line, as in somebody in the same room?
3rd Feb
£49,99 on the psn store. has this previously been a free ps plus game? As bizarrely is already own it
3rd Feb

Can you play 2 player off-line, as in somebody in the same room?

Meh. Good fun for about a day or 2. Good price though

If you get into it... Its rather good online
4th Feb

Really enjoyed this game, IMO not a tough platinum either

Only if you have a friend who will do some of the later challenges with. They are near impossible in your own.
4th Feb

Makes it easier but still not bad to do single player.

Because there isnt an end to any race as such going for trophies helps give you a focus in each event. Motorstorm meets COD multiplayer. Great soundtrack too.
4th Feb

I must have tried 100 times to do one of the challenges on my own. I gave up and deleted the game it was that frustrating.
4th Feb

I do remember something to do with doing 3 certain types of jump/takedowns in one race and having to do it on the Quarry looking track...?
4th Feb

Can't remember exactly but I only came close once or twice and thought it would be much easier with another person. Something like number of zone take downs perhaps?
4th Feb

That does ring a bell, remember using the bigger rigs for that as they took more damage before falling out of the zone meaning you had longer in the zones to take out more opponents. They were a bit slower to get back up to the front though...
4th Feb

Yeah could be... One day I might return to it as I'm only two trophies (I think) away from the platinum.
4th Feb

Haha good luck - bet you get them easily when you reload it! I'm the same with Vanquish on the PS3 - one trophy away but it's never gonna happen!
4th Feb

I know the feeling - one trophy from the plat on skyrim ps3.
4th Feb
Oos as per usual when it comes to simply games, they should rename it simply very few games.
4th Feb
Was free game on PSN....cold
4th Feb
Damn I missed it. Thanks anyway.
5th Feb
OOS
_ 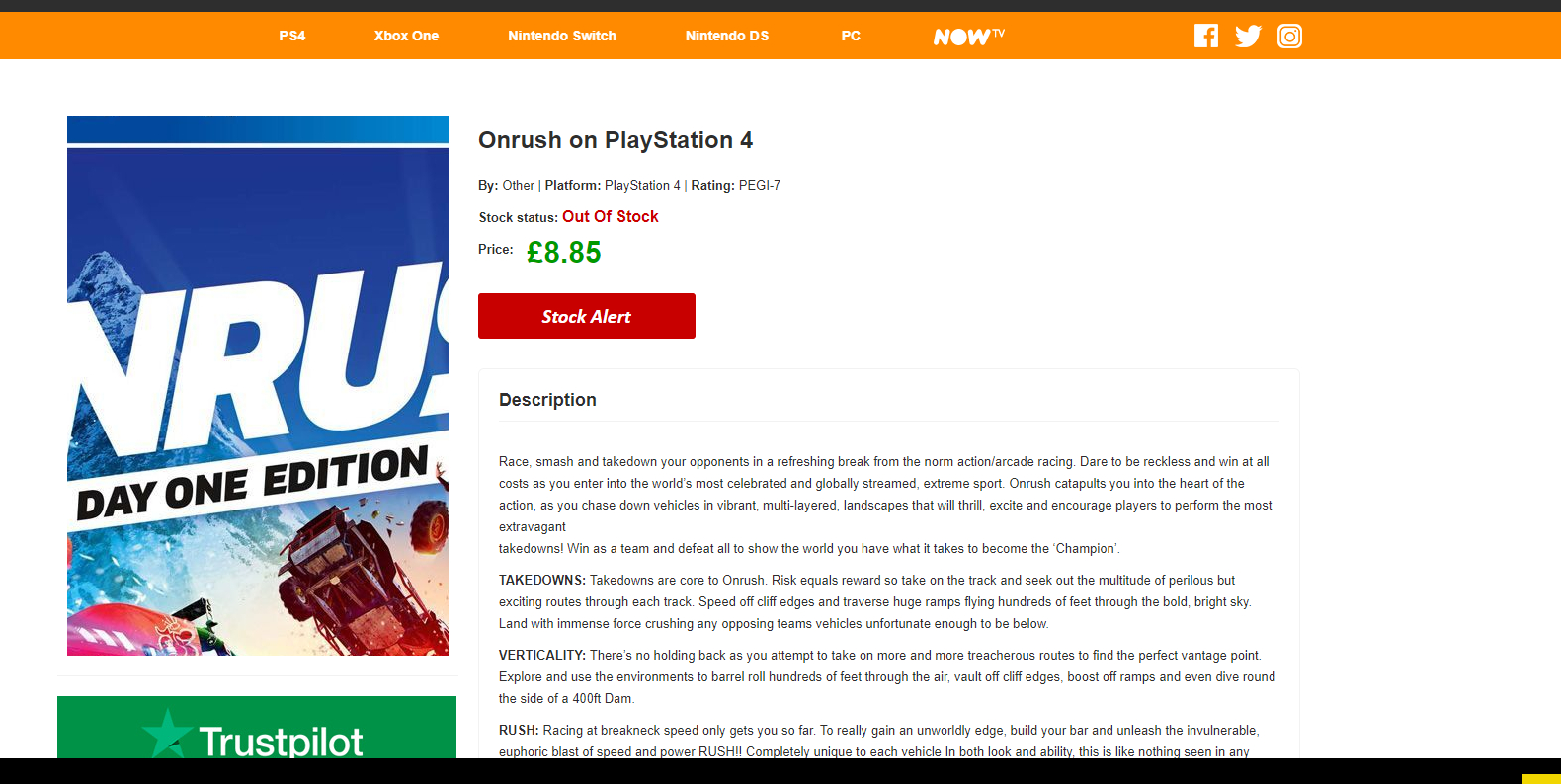 5th Feb
This game is great. I got the platinum over a few months. Good game for listening to podcasts.