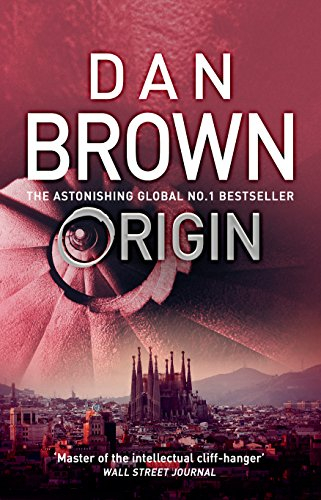 Mindful that his books have the ability to split opinions, but at this price it feels like a decent punt, surely can't go wrong for less then a quid. Personally I find the book quite enjoyable

Synopsis
Robert Langdon, Harvard professor of symbology and religious iconology, arrives at the Guggenheim Museum Bilbao to attend the unveiling of an astonishing scientific breakthrough. The evening’s host is billionaire Edmond Kirsch, a futurist whose dazzling high-tech inventions and audacious predictions have made him a controversial figure around the world.

But Langdon and several hundred guests are left reeling when the meticulously orchestrated evening is suddenly blown apart. There is a real danger that Kirsch’s precious discovery may be lost in the ensuing chaos. With his life under threat, Langdon is forced into a desperate bid to escape Bilbao, taking with him the museum’s director, Ambra Vidal. Together they flee to Barcelona on a perilous quest to locate a cryptic password that will unlock Kirsch’s secret.

To evade a devious enemy who is one step ahead of them at every turn, Langdon and Vidal must navigate the labyrinthine passageways of extreme religion and hidden history. On a trail marked only by enigmatic symbols and elusive modern art, Langdon and Vidal will come face-to-face with a breathtaking truth that has remained buried – until now.


Hope it helps someone.
PostTweetShare Share with WhatsApp Share with Messenger
Community Updates
Amazon DealsAmazon discount code
If you click through or buy, retailers may pay hotukdeals some money, but this never affects which deals get posted. Find more info in our FAQs and About Us page.
New Comment Subscribe Save for later
5 Comments
24th Dec 2019
Thanks from me OP
24th Dec 2019
Brown is always factually miles off but he's making a fortune from it and will milk it as far as he can.

His offerings aren't brilliant but I can't deny they are entertaining, I liked Da Vinci and enjoyed angels and demons - hopefully this is as good.

You know it's all fiction right?