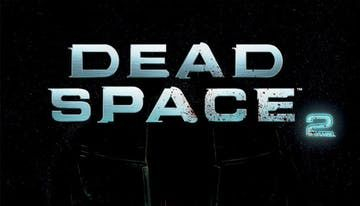 NBP afaik, is from Instant Gaming‌

Engineer Isaac Clarke returns for another blood-curdling adventure in the sequel to the critically acclaimed Dead Space™. After waking from a coma on a massive space city known as "The Sprawl", the lone survivor of a horrific alien infestation finds himself confronting a catastrophic new nightmare. Battling dementia, hunted by the government, and haunted by visions of his dead girlfriend, Isaac will do whatever it takes to save himself and dominate the gruesome onslaught. With an arsenal of tools to dismember Necromorphs and new determination, an engineer will bring the terror to space.


Caught in the middle of a horrific infestation that’s decimating a massive space city, Isaac Clarke will dismember, impale, and stomp his way across the Sprawl.Blast through the Church of Unitology, jet across the Solar Array, and infiltrate the CEC facility on the path to survival.


Familiar as well as all-new grotesque creatures lurk around every corner.Wield a set of devastating tools to bring the terror to space. Impale Necromorphs into the walls with the Javelin, use improved telekinesis to turn limbs into deadly weapons, plant powerful dismembering trip mines, or create a hull-breach to suck a group of monsters out into space.


Fire up Isaac’s suit boosters to rocket around in zero gravity like never before. Explore the depths of the Sprawl and encounter new weightless combat and physics-based puzzles with full 360⁰ movement.


For the first time, experience the horror of a Necromorph outbreak with others. Fight in skirmishes around the Sprawl and strategically dismember your friends.
PostTweetShare Share with WhatsApp Share with Messenger
Community Updates
Humble Bundle Deals
New Comment Subscribe Save for later
9 Comments
13th Apr
Nice - love these classic games!
13th Apr

I only played Dead Space and that was awesome. Never got round to the others
13th Apr

Dead space sums up what's in my head ‌ ‌

‌ ‌
13th Apr
Is this by same people who did bioshock and system shock or different? Really enjoyed prey.
13th Apr

The second and first were fantastic the 3rd isn’t, it’s a good game but it’s just not dead space the co op aspect completely removed the scare factor
13th Apr

No, this was made by visceral games, a studio from EA. If you enjoyed prey, I think you might enjoy this as well. Think of it as a resident evil 4 meets aliens. This one and the second are really good games, the third while not being bad, it lost the survival horror factor, and became more of an action game.