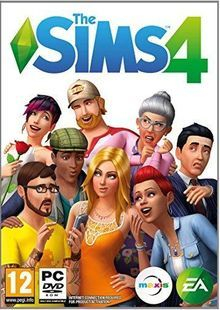 There were no defined story arcs in the original game, but later expansion packs and add-ons issued challenges to the Sims, giving them missions to perform or career paths to follow. This game is still largely a sandbox game which gives you plenty of scope to decide what your Sims should be doing with their lives.

However, like children, Sims can unexpectedly resist: some of these traits are more coding issues, such as going on a date and choosing to sit at opposite ends of the bar, shouting through the crowd to get a flirtation going, while others are just apparent personal quirks, like not using the closest bin and walking a minute or two to find another that they like better! These quirks are engaging and keep your interest on the game: it would be dull if everyone just did what they were told!

What’s New?
This game takes place in a different setting to the others in the series, opening up new neighbours and terrains to players, whether new to the series or old hands returning to breath new life into their existing Sims.

Left to themselves Sims will naturally multitask now, as long as the dual chores are feasible, listening to music while washing up, or chatting while watching TV. You couldn’t, for example, write a novel and do the ironing at the same time.

There are also ‘moodlets’ which put your Sim in a different state of mind: they can be chilled and relaxed, they can be really angry or they can be really excited. This is a great way to make your Sims’ plans feel more real: being excited about a date puts a whole different vibe on the atmosphere of the Sims’ preparations for the date.

A Bit of Back-Story
The game was inspired by a real-life home-rebuilding exercise. Game developer, Will Wright, lost all his possessions and home in a fire and had to rebuild his entire life from scratch. Going through this process put the idea of a ‘virtual doll house’ into his mind and – after a bit of tweaking – the Sims were born.

Like many innovative ideas that later seem to have always been a sure thing, Wright was turned down by the first publishers he offered the game to. Fortunately, the second found the idea striking and he was on his way.

CAS (Create-A-Sim) System
Sims in this incarnation are easier than ever to tweak to make them unique, and you can now make highly detailed customisations, such as:

Abdomen – flat tummy, concave leanness, or a cute little belly? You decide which your Sim is going to sport
Chest – want your male Sims to be big, husky guys, or whippet slender lads? Should you female Sims have moderate cleavage or a great big massive bust? The game allows you to carefully tailor your Sims’ attributes
Arms/ Legs – give your Sim long slender limbs so they can run far and reach the highest shelves. Or keep them small and mighty, so even grocery shopping can be a challenge to them!
Feet – if you have a thing for feet, then you can go to town on your Sims, giving them perfectly formed, slender feet that you can admire, whether they are in shoes or if they are barefoot
Fitness – from gym nut to couch potato, pick a level of fitness for your Sim and let them loose to do their own thing, working out or slobbing around, according to their tastes
Fatness – body positivity comes to Sim land. Use the slider to give your Sim some cuddly curves or have them drop ten pounds at the drag of a slider. If only it worked that way in real life!
PostTweetShare Share with WhatsApp Share with Messenger
Community Updates
CDKeys DealsCDKeys voucher codes
New Comment SubscribeSave for later
3 Comments
19th May
See you on the front page!
21st May
I think my daughter would like this game and at this price it's work a punt.
will this work on a hp elite 8300 sff i5 4gb ram pc?
21st May

I don’t know, but it needs to be a 64-bit computer now. Check the specs in the description of the game to see if they match up.