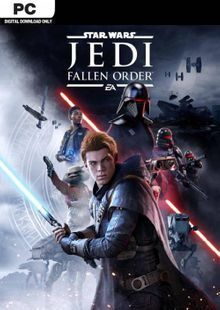 A young Jedi apprentice (Padawan) has been forces to go on the run from the Galactic Empire, following Order 66, a galaxy wide purge of the Jedi Order. An accident occurs and Cal, the young Jedi’s real self is uncovered when he uses the force to save the life of his friend. Following the adage that no good deed goes unpunished, word quickly spreads to the Empire’s minions who set out in hot pursuit, determined to catch the last few Jedi.

Cal’s mission is to find a place of safety, while avoiding capture by the Empire. On the way, he will meet many faces instantly recognisable to fans of the film franchise, including Saw Gerrera (ably voiced by Forrest Whittaker) and Cere (voiced by the wonderful Debra Wilson) and be given information and advice that will help him to achieve his goals.

Linear or Not?
The game is not an open world game in which you are free to explore however and wherever you like. Instead, you have a game map and a mission to complete, but you do not just have one progress front at any one time. Instead, you can hop into your spaceship and travel to any of the unlocked areas in the map – these will obviously widen the more you play – and continue with your mission in that area until you, perhaps, find yourself struggling.

Then it is a simple matter to jump back into your ship, and pop off to another planet or a different area to power up and build the skills you are currently lacking while you solve easier (or perhaps just differently arranged) missions before heading back to try again when it suits you. So, a sort of open-linear-hybrid world that offers some freedom and some direction to the players.
Keep an eye on progress of skill trees – some areas of the game need you to have a certain skill before you can move on
Look for secondary and secret ways to progress around obstacles before committing to going through them. Sometimes you can sneak into caves or find hidden pathways that will lead you safely past a group of storm-troopers or other enemies
Some areas have ‘soft spots’ where Cal can tap into the force and receive Jedi wisdom. These spot are called Force Echoes, and they are always worth finding
Combat is less a matter of repeated urgent button presses and more a case for finesse, timing and precision. Make sure you master all your weaponry properly, charging out yelling and trying to bludgeon your way through the enemy is a certain way to sudden death
Cal is accompanied by his trusty companion, a droid called BD-1 (Buddy #1, perhaps?) who follows Cal, warns him of danger and provides healing packs whenever they are needed. He chunters around, providing running commentary, uncovering secret entries and generally providing Cal with someone to talk to
Above all, bear one thing in mind: this is the Star Wars Game you’ve been looking for!
PostTweetShare Share with WhatsApp Share with Messenger
Community Updates
CDKeys DealsCDKeys voucher codes
New Comment Subscribe Save for later
Top comments
28th Jan 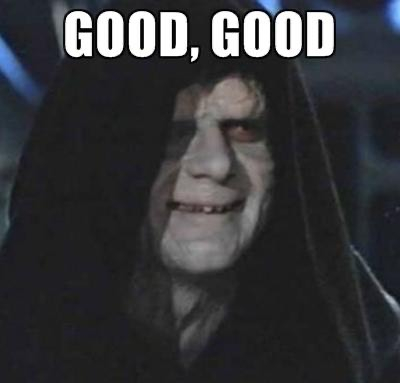 Keep dropping and your journey to the dark side will be complete at sub £20...
6 Comments
28th Jan

Keep dropping and your journey to the dark side will be complete at sub £20...
28th Jan
DEW IT!
28th Jan

ooo i was waiting sub £30 but £20, now we are talking!
28th Jan
Just get a month of Origin Premiere, not much replayability value once finished.
28th Jan
Very very good game.
28th Jan
Worth the full £50. Finally a star wars game done right.