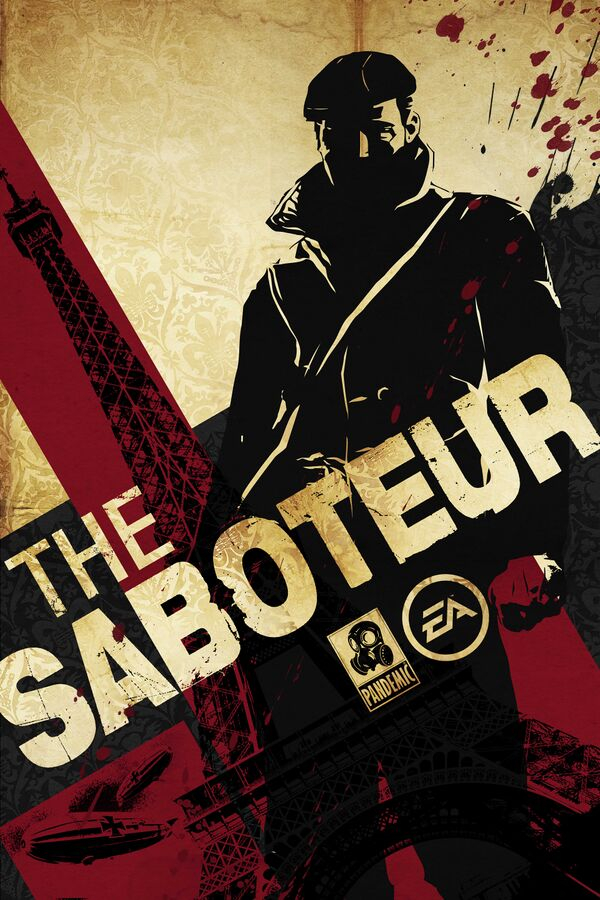 Good price for such an underated game

Avenge the loss of your loved ones by hunting down your sworn enemies in Nazi-occupied Paris. Fight, climb, and race your way through this unique world to destroy the lives of those that have taken everything from you. For the first time ever in a video game, enter the seedy world of a saboteur living in a stylized 1940s Paris, where the women are sexy, the missions are epic, and the revenge is satisfying.

Welcome to Nazi-occupied Paris, a unique open world where you are The Saboteur. Play as Sean Devlin, a street-tough Irish racing mechanic seeking personal redemption on a Nazi officer that has taken everything away from him. Now, it’s time for payback - with the help of the French Resistance, British intelligence, an arsenal of weaponry, and your own street smarts and brawn, you must exact revenge on those who aimed to destroy your life. Motivated by retribution and armed with tactics of sabotage, blow up zeppelins, derail trains, implode bridges, destroy armored tanks, and level enemy facilities in the name of vengeance, in the first open-world action game set in Nazi-occupied Europe.

18th Feb
Loved this wen it came out remember playing in black and white and soon as u do mission in that zone it turned to colour which back then I thought was pretty cool
Edited by: "rizzo777" 18th Feb
18th Feb
Great game, love it on ps3. Should released on ps4.
18th Feb
One of the most memorable soundtracks in a game. Loved every minute of this game on PS3.
18th Feb
I suspect this version is still broken on systems with more than 4 CPU cores. The bug is fixed in the gog.com release.
19th Feb
Excellent game!
19th Feb
Hit those Nazis where it hurts, in the zeppelins!

Heat from me, a superb game. I've played it through twice.
19th Feb
As so many people have said this game is great. Every time I here "Feeling Good" I think of it. I still want to track down the recording of the version of that song that's only played right at the end of the game, I think that scene is one of my favourite musical moments in a video game.
21st Feb

Yes spent hours on this game, Loved it!