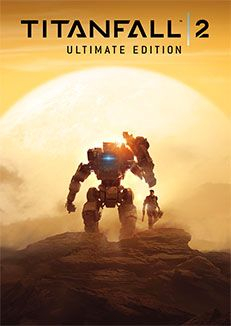 £4.99Origin (EA Store) Deals
Expert (Beta)10
Get deal*Get deal*
Expert (Beta)
10Get deal*Get deal*
Posted 10th May
The best way to jump into one of the most surprising shooters of 2016 is with the Titanfall® 2 Ultimate Edition. Not only do you get access to all of the content included in the Digital Deluxe edition, this bundle also includes a Jump Start Pack which instantly unlocks all Titan and Pilot classes and arms you with the funds, Double XP tokens AND a custom warpaint skin for the R-201 Carbine all to get you up to speed on the Frontier. Ultimate Edition includes Titanfall® 2 base game, Deluxe Edition content (Scorch & Ion Prime Titans, Deluxe Edition Warpaint for 6 Titans, Deluxe Edition Camo for all Titans, Pilots & Weapons, Deluxe Edition Nose Arts for 6 Titans, Deluxe Edition Callsign), Jump Start content (All Titans unlocked, all Pilot tacticals unlocked, 500 tokens to unlock loadouts, cosmetics and gear, 10 2x XP tokens), and the Underground R-201 Carbine Warpaint.

Rejoin the Fight for the Frontier
Get ready for new Titans, new Pilot abilities, a brand new single player mode and more. An exhilarating first-person shooter experience is waiting for you in Titanfall™ 2.

As an infantryman trapped behind enemy lines, you must develop your skills under fire to become a full-fledged Pilot, fighting as one with your Titan.

Titanfall 2 features six all-new Titans, a host of deadly new technology, and expanded Pilot abilities. It's an adrenaline-fueled multiplayer experience that continues the Titanfall legacy of elevating the shooter genre.

Chat with your co-pilots and explore networks by popularity, location and similarity. You can also manage and create new networks.

The apex predator of the Frontier, Pilots are what all riflemen aspire to be - highly skilled, incredibly mobile, and deadly at any range.

Towering over anything that stands in their path, Titans are lethal weapons wrapped in armor and designed to take a punch...or a sword...or a rocket.
PostTweetShare Share with WhatsApp Share with Messenger
Community Updates
Origin (EA Store) DealsOrigin (EA Store) promo codes
New Comment Subscribe Save for later
Top comments
10th May
Playing this at the minute. What a game. Campaign is brilliant.

Just wish the multiplayer servers were a little more populated.
10 Comments
10th May
Playing this at the minute. What a game. Campaign is brilliant.

Just wish the multiplayer servers were a little more populated.
10th May
Still a very very good game love the way you can jump and kill with the Titan thing so awesome it's a must have go guys gooooooooooooo!!
10th May
Yes, the campaign is probably one that I have enjoyed most in all my years gaming.
11th May
I cant find where to get the ultimate edition, links all go to standard and no way to select ultimate
11th May

You need to go through a couple of screens after pressing "Get this game" on the Titanfall 2 page.

It then lets you select the edition before heading to the payment stage.
11th May

Thank you I worked it out eventually, bit silly not making it clearer.
11th May
How do I find ultimate edition, DLC still seems fairly expensive?
Even the ultimate edition link on this page only goes to standard version? ea.com/en-…buy
Edited by: "Raz23" 11th May
11th May 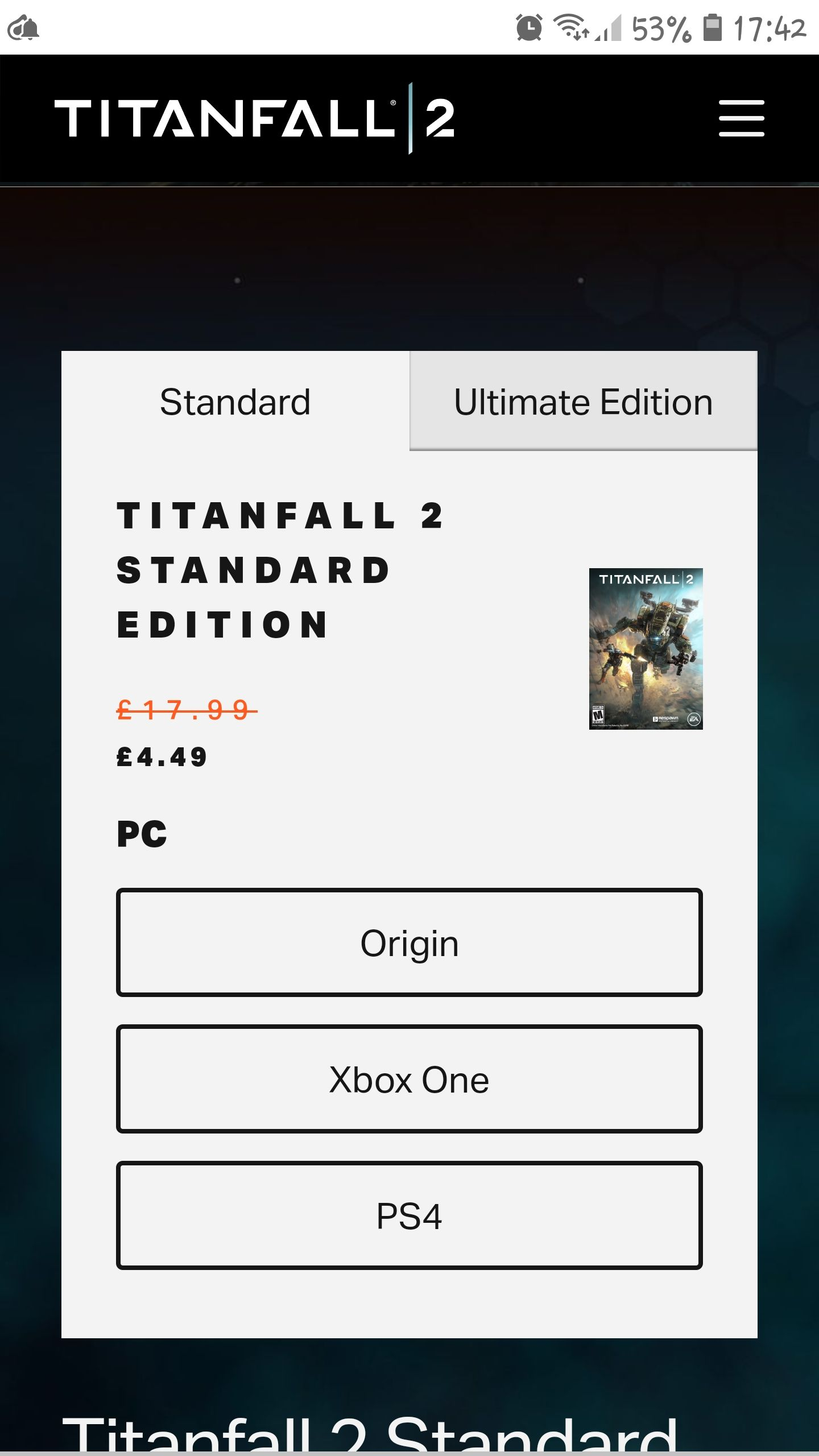 ...and guess where that Ultimate Edition tab takes you? That's right the Standard edition :P
It seems like the only way to get the Ultimate Edition is in the Battlefield 1 Ultimate bundle, which is just strange origin.com/gbr…dle
Edited by: "Raz23" 11th May
12th May
Is multplayer ded?