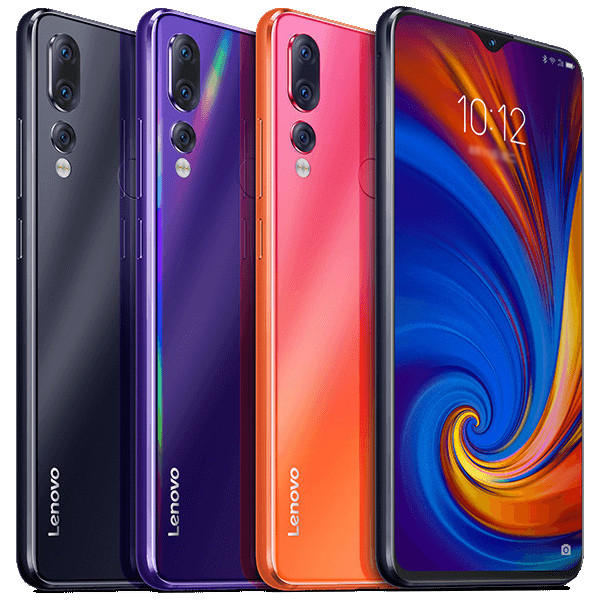 Doubt you can get better for under a ton

I'm not a miracle worker...
14th Jan
What the hell... that's ridiculously cheap!! that's a lot of phone for the money. Have some heat

PS the one's that are complaining or picking out minor flaws are the glass is half empty type... I'd ignore them

These any good? Looking for a new phone.

Its an older model with old-ish hardware. Don't get me wrong it's a solid phone for that price!

Biggest downside, lack of updates...if you don't really care and prefer having something to just give you access to some stuff and be online and willing to swap the phone over a year or so than yeah its ok. My advice, check the phone on YouTube and search for some reviews.

Does it take Micro SD Cards

I think the only thing letting it down is battery size, though very acceptable for the price. It has fast charging as well, so quick top ups.
13th Jan

I'm not a miracle worker...

I thought you were, I'm disappointed
13th Jan
No NFC sadly. At least I can't see it specified anywhere
13th Jan

No NFC sadly. At least I can't see it specified anywhere

Yep, no NFC. Decent enough for some people but personally I use NFC a lot.
13th Jan

Bought my lad the 6/128 for Christmas. He says it lasts all day and charges really fast.

Not saying much as he inherited a couple of my old lgs g4 and g3 and an iPhone6.

Yep, no NFC. Decent enough for some people but personally I use NFC a lot.

Yeah a deal-breaker for me too. If contactless payment isn't important though then this is a decent option
13th Jan

No NFC sadly. At least I can't see it specified anywhere

No unfortunately but then this is less than £100 so compromises had to be made I suppose.
Edited by: "Techgl" 13th Jan
13th Jan
Is this good to go in UK or lot of setting up to do?? Ali express is a chinise importer no??
13th Jan

It's a global rom so choose English as your language and you are good to go.
13th Jan

Perfect thank you
13th Jan
Heat from me. Good spec for the very reasonable price
13th Jan
If this had NFC I would have gone for it.
13th Jan
It infuriates me that this doesn't have NFC lol why would they not in this day and age?
14th Jan
To make it as cheap as possible? I never use it myself, doesn't have any application where I live.
14th Jan

It's a Chinese phone, based in China, and (essentially), for the Chinese market too, etc?.

And also, the Chinese DON'T bother themselves with the usage of NFC related thing's apparently?.

The Chinese use other mobile payment method thing's instead, eg. We Chat QR codes instead, etc etc?.

And besides which too, above all that, it's a hardcore phone, for bare one's money too right? (as already indirectly mentioned by one other on here earlier too, or whatever).

So what do you expect for your sub £100? - especially considering it has 4GB/64GB on board as well? (and a high version of SnapDragon to boot).

If it wasn't cos' of lack of system updates, I'd have considered this myself (as it's a lot of phone, for bottom basement prices, and from a well known name out there too - Lenovo). :-)

I don't use those NFC feature's thing's, so lack of NFC bothers me nowt, lol.


14th Jan
I get what you're saying, but you can rule out paying by mobile which a lot of people do these days
14th Jan

You are right I see quite a few people doing it, personally id rather keep my bank security with the bank and just use my card especially with contactless.
14th Jan
I wouldn't buy anything electrical or high value from AliExpress, as they are too unreliable. I have bought a lot from AliExpress and love the site, but I only buy low value items that if they go missing or aren't as described, I'm not losing a lot of money. As their dispute system is worthless.
14th Jan

I've heard of similar stories to this +in the past though), but I've personally never bought anything via AliExpress, so obviously can't comment conclusively either way, etc.
14th Jan

I've bought about 5 phone through aliexpress and never had an issue, although bought my mrs some hair and ended up having to pay duty so you never know... ‌
14th Jan

Fair point, but you're forgetting the key element what I mentioned via my initial comment to you ...

It's a Chinese phone, based in China, for (essentially), it's Chinese market, etc?.

And (apparently), Chinese people have no use whatsoever for stuff's like these NFC thing's altogether, so why would a phone manufacturer therefore solder in such an additional feature in the first place?.

Especially if by doing so, the cost of their own cheap and chip's phone then skyrockets to the stratesphere?.

It's all about economics, be that via their own GDP, or via the buying habits in general (and/or lack there of), of the local people in China, etc, or a combination of the two, even?.

They have to cater directly for the initial intended market at hand, or whatever?.

They're not generally assuming that when they make these those phone's, that people around the rest of the World would automatically be plying themselves to buy it too, or whatever?.

Though ofcourse, it's always hoped for ...

Case in point, alllllll those 1001 Xiaomi phone Deal's that are blasted on us here on an alllllll but daily basis, hehehe, and for a handful a Year's now too, may I add?. :-D

But guess what?, to date, the majority of those Xiaomi phone's on here still DON'T have NFC built-in as standard either, lol, and that ofcourse is because ...

The same of alllllll my 'above' is true with that of India too actually?.

It's only here people are prepared to pay over the odds for 'premium' feature's like NFC, etc?.

Even the majority of Americans in America themselves don't bother themselves as much with this elusive NFC feature as we inevitably are all tending to here, or whatever.

I've had NFC on 1 phone I bought, almost 3 Year's ago, but for the more than 2.5 Year's I actually used it, can you guess how many times I bothered with it's NFC feature? - just the once, lol, and that was just to know it worked, and see how it worked too, or whatever?, and that's it.

So I've obviously deduced from that that NFC is clearly not so much a thang for me personally basically (though ofcourse, everyone out there has their own unique take on my above same?, lol).

As such, I've been more than happy to buy other phone's, prior + since that (from China too may I add, lol), that didn't have NFC on it ...

Case in point, I'm currently typing my alllllll (both previously + now), via such a Chinese phone now. :-D

It's an Xiaomi Note 6 Pro, I bought some Month's back into last Year - and that one has no NFC either, but thankfully (as I've expressed already), I've had no need for it, so I'm ok with that basically. :-)

Those who use their NFC thing's for banking App's, I'd always throw an err of caution too (I believe the technicalities of why I'm indirectly implying such, don't need to be explored, etc?).

But for other thing's like Oyster card thingy's and suchlike's, well ...

Each to their own I guess?, lol.

Ps.
I'm even ultra CAUTIOUS in making use of the contactless facilities built into my different bank cards, looooooool (and I pray that I'm not the only one like that too, etc?).

But again, each to their own still. :-D

I forgot to initially elaborate on earlier with China's whole We Chat, QR thing ...

Via We Chat's built-in QR code's facility, the Chinese send money back and forth to each other via it, etc?.

So for them, NFC is obviously not a thing, though in the absence of those sort of abilities, then?, who knows?.

But from what I do know though is this, other Chinese 'inspired' App's have that QR money transfer ability thing built into them too, etc?.

So perhaps it'll be a while before they (and India), cotton on to the benefits of doing it all thing's NFC too, or something?. :-)
Edited by: "amour3k" 14th Jan
14th Jan

Loooooooooooool, ahhhhhhhhh well. ;-)
14th Jan
What the hell... that's ridiculously cheap!! that's a lot of phone for the money. Have some heat

PS the one's that are complaining or picking out minor flaws are the glass is half empty type... I'd ignore them
Edited by: "iby_m1" 14th Jan
14th Jan
Bought the Redmi 8t Bargain from a tip here as it did have NFC. It appears that they have started to add these things for the Uk market.
Edited by: "Ethan_HuntszE" 14th Jan
14th Jan
Surely you would be better off buying the Z6 or Z6 Lite for only £10+ more... newer device, bigger battery & more memory
Edited by: "shootomanUK" 14th Jan
14th Jan

Same cpu but yes it is newer, I think however it's the sub £100 that's the most impressive thing for me. Although I did almost put the Z6 instead of this.
14th Jan

Don't always go by the battery size. Some processors and screens are a lot more efficient than others. Read the reviews and see some of the real world user experiences. For the spec it looks like a great price, even as a backup phone.
Edited by: "mr_johnsie" 14th Jan
14th Jan

I too have monitored that one of late also, lol.

So needless to say, that potentially my next 'considered' phone purchase of 2020!. :-D

As I've obviously not bought any phone's this Year as yet(and don't wanna be hasty via that route for the sake of it either ... ) lol.

Totally with you yeah. However, having read a lot of things in regards to lenovo phones in the past, I made my assumption based on that. Hopefully the optimisations are better with them now.