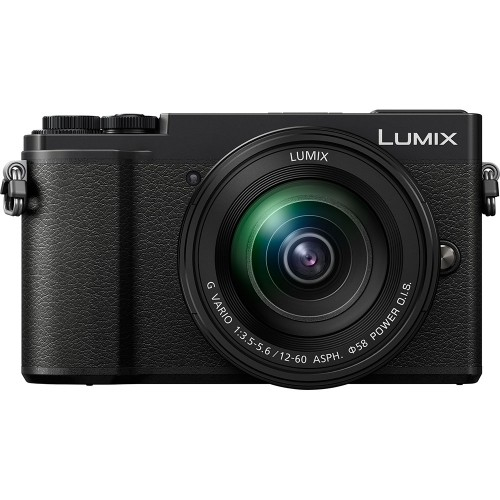 £569UK Digital Deals
6
Get deal*Get deal*
6Get deal*Get deal*
Posted 30th Apr
I bought this a couple of weeks ago, however before I had chance to post it the deal ended. Personally I thought given it comes with two lenses it was a great price.


The Panasonic Lumix GX9 in Black with 12-60mm lens kit (DC-GX9MEB-K) is a micro four thirds mirrorless digital camera, with a rangefinder inspired body. A black, sleek compact body housing a 20.3 MP Digital Live MOS sensor, along with a Venus Engine image processor. The Panasonic GX9 is able to record UHD 4K movies at 30 or 24 fps, record full-resolution stills at up to 9 fps with AF-S or 8MP stills at 30 fps with a top sensitivity of ISO 25600. The Dual I.S.2 system offers the use of both in-camera and in lens image stabilisation for dual performance to effectively minimise camera shake by up to four stops. Offers a versatile feature set to please photographers and videographers alike.

This kit comprises of the Panasonic GX9 body in black, with Lumix G Vario 12-60mm f/3.5-5.6 ASPH. POWER O.I.S. Lens (H-FS12060E) and they are also including a freePanasonic Lumix G 25mm f1.7 Asph. Lens (H-H025ME-K)
PostTweetShare Share with WhatsApp Share with Messenger
Community Updates
UK Digital Deals
New Comment Subscribe Save for later
6 Comments
30th Apr
A little expensive - not a bad deal by any means, the camera has just, for some reason, gotten quite expensive.

Biggest improvement here is Panasonic's JPEG engine. It's really good here.
30th Apr
Really good camera. Shares the same sensor as most of its wayyyy more expensive cousins. If you need better battery life, a better grip and weather sealing, you could probably get the more DSLR-sized G80 with the 12-60mm for £550 or less. Otherwise this is a good way to go.
30th Apr
This is the biggest version of the "Apple Watch" I've seen. Need a very strong wrist to carry this on it.