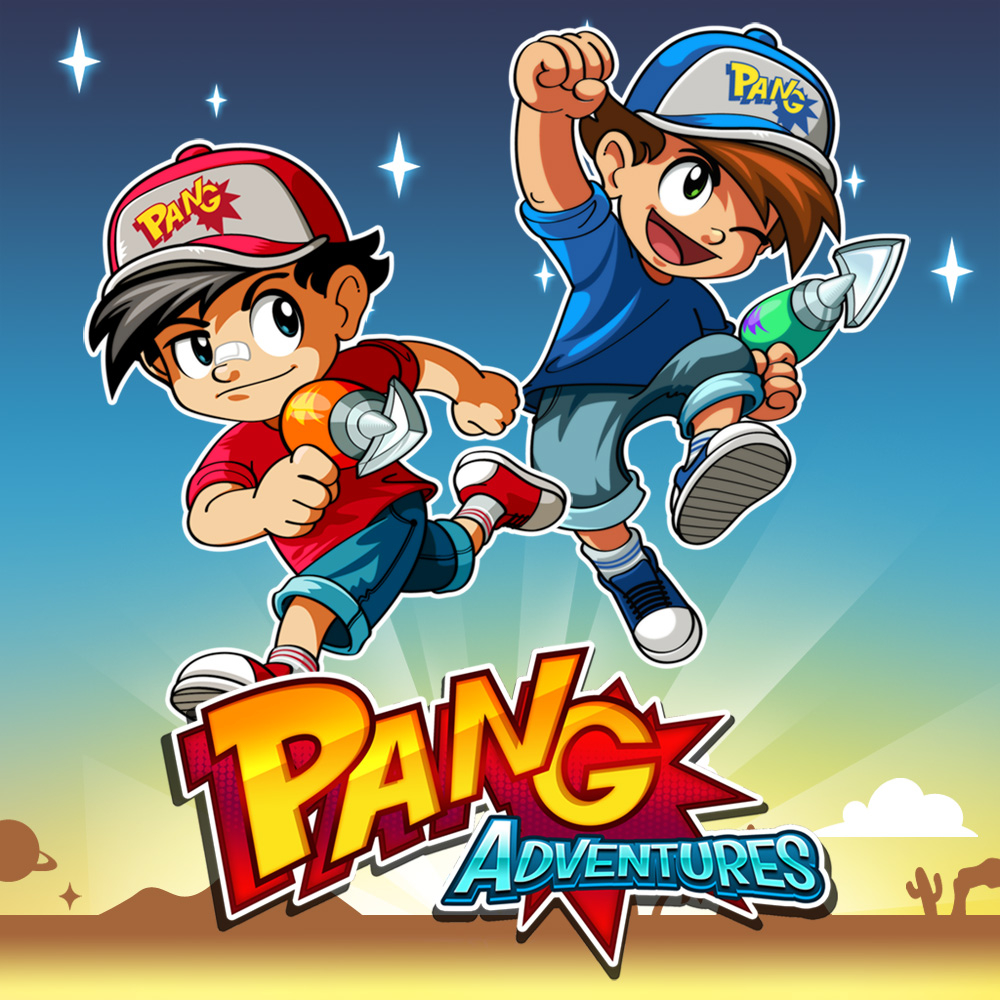 I remember paying pang ages ago, i was keeping an eye for the price to drop and now it did, I'm getting it and thought some people would like it too.

It can be had at a considerable less cost (£2.23) at the South Africa store if you prefer.


The Pang series is a beloved collection of arcade games from the 90s. Guide two brothers around the world to save humankind from an alien invasion! Use your skills to overcome the attack balls pouring from the skies & rescue the world from impending annihilation!

Local Co-op in every game mode!

The Bros have upgraded their gear since the last invasion: machine guns, flamethrowers, shurikens... you name it, they've got it! Electric, explosive, smoke & lava balls will all be deployed to knock them off their feet!

Boss fights! For the 1st time, the Bros. come face-to-face with the nefarious Alien Commanders! They didn't come to Earth for the sightseeing... so get ready to blow them to smithereens!
PostTweetShare Share with WhatsApp Share with Messenger
Community Updates
Nintendo eShop DealsNintendo eShop discount code
New Comment Subscribe Save for later
30 Comments
18th Apr
Thanks. Loved this game. That’s my Saturday night sorted
18th Apr
Voted 🔥

I love this game! Reminds me of when I used to play with sis on the SNES.

I'm trying to get hold of a Switch (I know you're laughing at me when reading this ) .

Does anyone know if there's an expiry date on claiming these digital downloads?

If you don't have one already you need to create a Nintendo account, you will have to link your switch to your Nintendo account before being able to purchase games. This game together with a few others will be on sale till tomorrow but Nintendo does sales all the time.
18th Apr

Ah okay! Thank you so much neca
Must get a Switch first
18th Apr
Graphics are a bit over the top, like an over saturated mobile game, but gameplay is similar to the classic. Also has online play.
18th Apr
Used to play the original arcade in a little sweet shop around the corner from my house. Great fun
18th Apr
Used Revolut before for the South Africa store. Now it’s no longer working “This credit card cannot be used”
18th Apr
Great game, played on the Amiga 500 then still got my pang collection for PS1 and this was a great addition.
18th Apr
Used to love this as a kid, going down to the local Apollo video store, where 50p seemed to last a lifetime now it seems a lifetime ago....!
18th Apr

I've used Halifax and had no issues.
18th Apr

I've used Halifax and had no issues.

Revolut was working for me 2 days ago
18th Apr

When?Revolut was working for me 2 days ago

65 minutes ago, playing the game since.
18th Apr

65 minutes ago, playing the game since.

I've changed my account to SA and Halifax clarity allowed me to purchase it. It could be that some cards have stopped working now.
18th Apr

Yes, but must have been VERY recently or there’s a temporary issue as, like I said, I purchased a game 2 days ago no problem!
18th Apr
Even tried South Africa VPN and still not accepted.
18th Apr
Just played for first time and got to say super impressed. So much fun in coop. Was playing with 5 and 6 year olds and they loved it. Great how you can revive eachother when hit. Got through two worlds and bosses in about hour. Very slick game. Well worth the £2ish I paid at the SA eShop.
19th Apr

Even tried South Africa VPN and still not accepted.

I've just had a similar problem. Bought four games in SA fine and now cant buy any more with my card.

Contacted issuer and everything is fine that end too! ‌
19th Apr

Well, you know, I didn’t want to get too bogged down in the nitty gritty details like that
19th Apr

Yeah they are. Wasn’t impressed when I first loaded it up. Still great fun though and well worth the money.

Nearly as good as the GX4000 version.
19th Apr
Love it. Great memories of my childhood spent playing this game.
19th Apr
Yes op, loved the original. Had no idea this was available on Switch. Time to introduce the kids to a real classic! Thank you
19th Apr
I loved Pang back on the Amiga. I bought this yesterday and for £3.60 it's a decent purchase.
19th Apr
Thanks. This brings back a few memories. Just got it for nephews and they love it