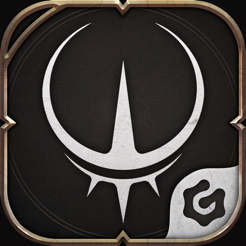 Pascal's Wager is an action role playing game with the style of dark fantasy. The game provides its players with top-notch picture quality and a feast for the senses that the mobile platform has never had before. In the game, the world is shrouded by dark mist, where light is dim and mysterious. People there become lunatic, and nobody knows the secrets behind that.

Players can play multiple characters to experience the strong storyline and reveal various hidden areas of the map. Along the way, they will fight unbelievable enemies, confront epic bosses, and embrace overwhelming death and truth. All the while, they'll be engrossed by a magnificent soundtrack performed by a world-class orchestra.
PostTweetShare Share with WhatsApp Share with Messenger
Community Updates
IOS App Store Deals
New Comment SubscribeSave for later
3 Comments
2nd Jun
Out for Android on June the 25th. Can't wait. Heat added.
2nd Jun
Saw the symbol and immediately thought "Quake mobile?"
2nd Jun
Well thats clearly a quake logo rip off