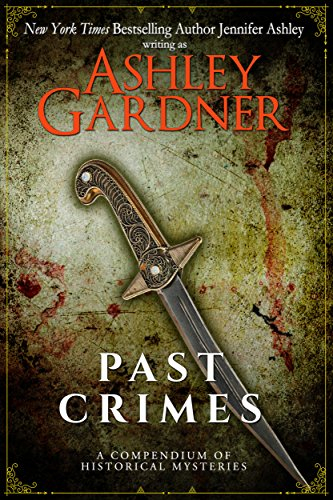 Past Crimes: A Compendium of Historical Mysteries Free Kindle Book at Amazon

FREE£0.01Amazon Deals
0
Get deal*Get deal*
0Get deal*Get deal*
222°
Past Crimes: A Compendium of Historical Mysteries Free Kindle Book at Amazon
Get*Get deal*
Posted 23rd Sep 2020
Step into the past through three historical mysteries that reach from Imperial Rome to Victorian London.

Leonidas, freedman, once the most popular gladiator in Rome and champion of the games, now must fight for his life outside the arena. A man who owed him money was murdered, and Leonidas is a prime suspect. With the assistance of Cassia, daughter of a Greek scribe who has been bestowed upon him as his slave, Leonidas fights for justice in the back lanes of Imperial Rome.

Kat Holloway, a young cook who is highly sought after by the wealthy of Victorian London, becomes embroiled in murder and must clear her name. Only the mysterious Daniel McAdam, who is much more than he seems, can come to her aid.

Captain Lacey agrees to help a society matron discover what has become of her cherished diamond necklace and to clear her maid, who has been arrested for its theft. Lacey quickly becomes enmeshed in scandal and past secrets, and finds himself competing with the underworld criminal, James Denis, for the necklace's retrieval.