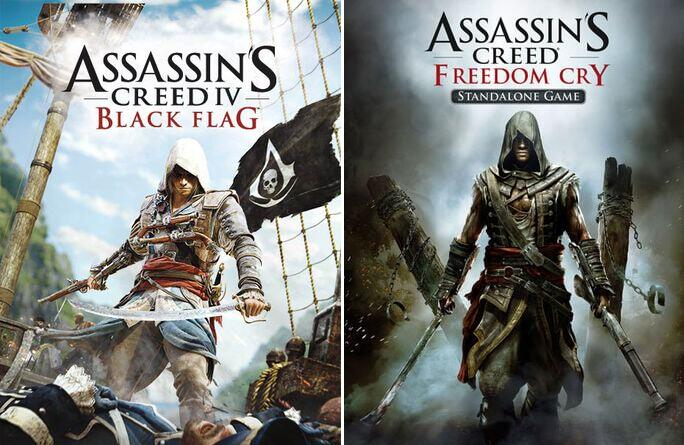 It is 1715. Pirates rule the Caribbean and have established a lawless Republic. Among these outlaws is a fearsome young captain named Edward Kenway. His exploits earn the respect of legends like Blackbeard, but draw him into an ancient war that may destroy everything the pirates have built. 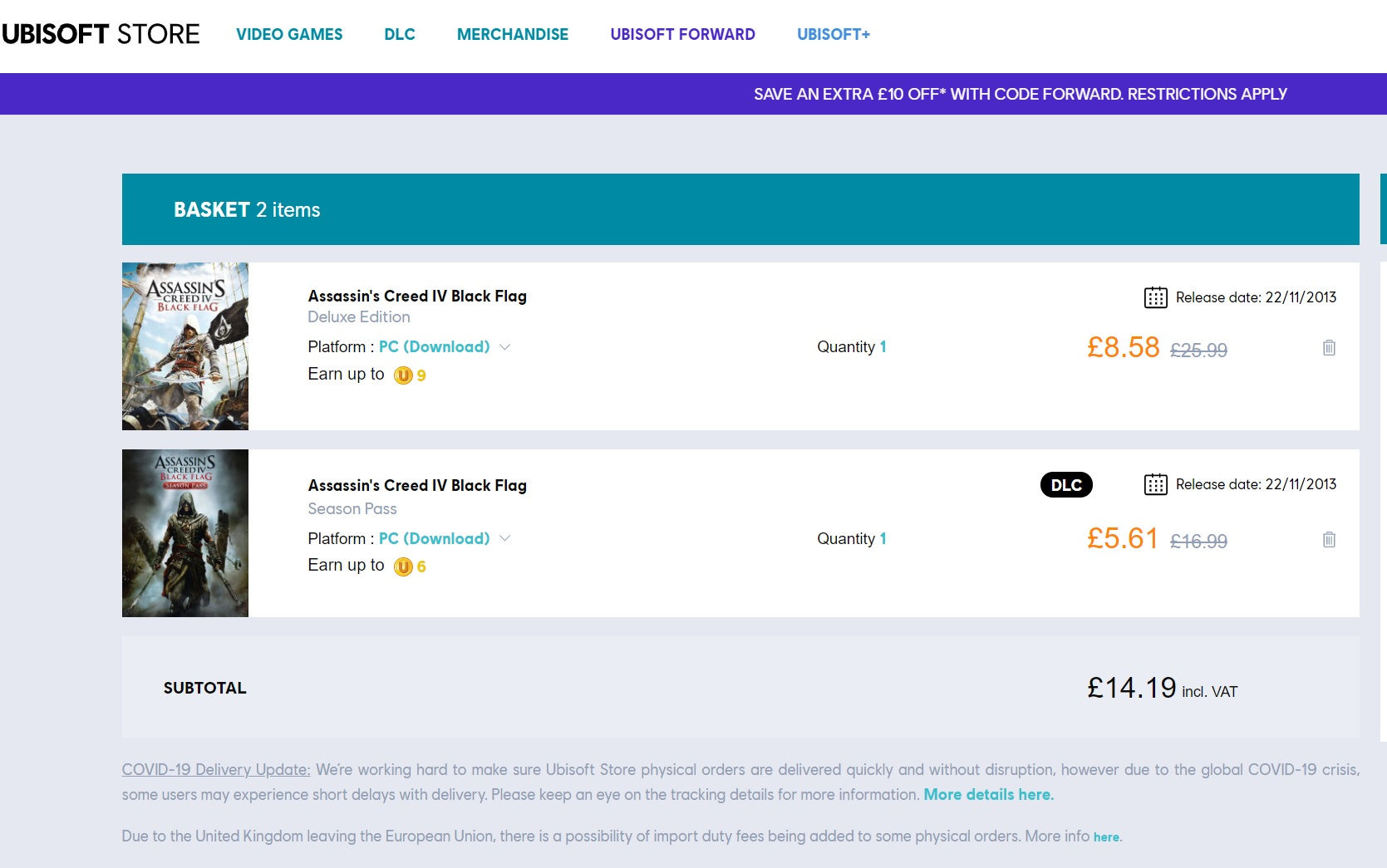 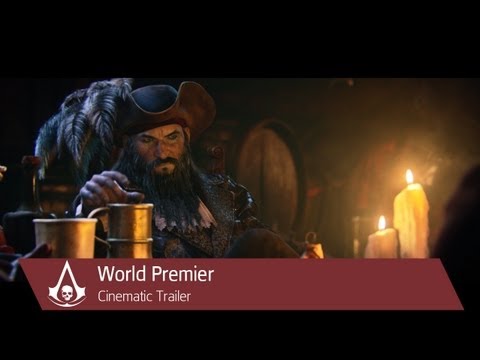 This pack contains new locations to discover and explore: Sacrifice Island, Black Island and Mystery Island. Find the hidden treasure chests to get access to new outfits and weapons for Edward, and figureheads and sails for you ship. Obtain new and exclusives costumes, pictures, titles, relics and emblems for multiplayer! 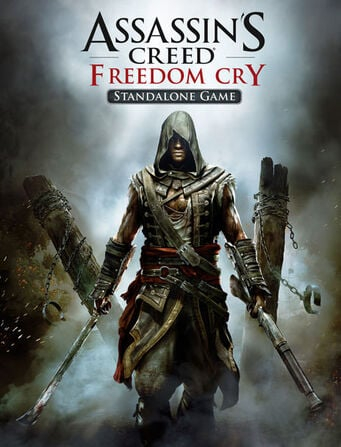 The Ubisoft Store offers up to 80% off on select video games titles from June 9th at 5PM AM CET until June 22nd, 2021 at 5PM CET. Discounts vary from title to title and range from 5% to 85% off, please check product pages for specific discounts.


£10 COUPON (VALUE MAY VARY BY TERRITORY)

You can apply your coupon to purchases over the minimum purchase requiment described in the table below of our latest releases such as Assassin's Creed Valhalla, Watch Dogs: Legion, and Immortals Fenyx Rising as well as the majority of our games*.

To redeem your coupon, enter the code FORWARD in the dedicated field on the cart or the checkout page of the Ubisoft Store. The coupon can be used on either the Ubisoft Store on the web or on the Store within the Ubisoft Connect for PC launcher (but may not be used on merch.ubisoft.com). The coupon can only be applied on purchases that meet or exceed the minimum amounts below (excluding tax and shipping), as applicable.
PostTweetShare Share with WhatsApp Share with Messenger
Community Updates
2 Comments
Post a comment