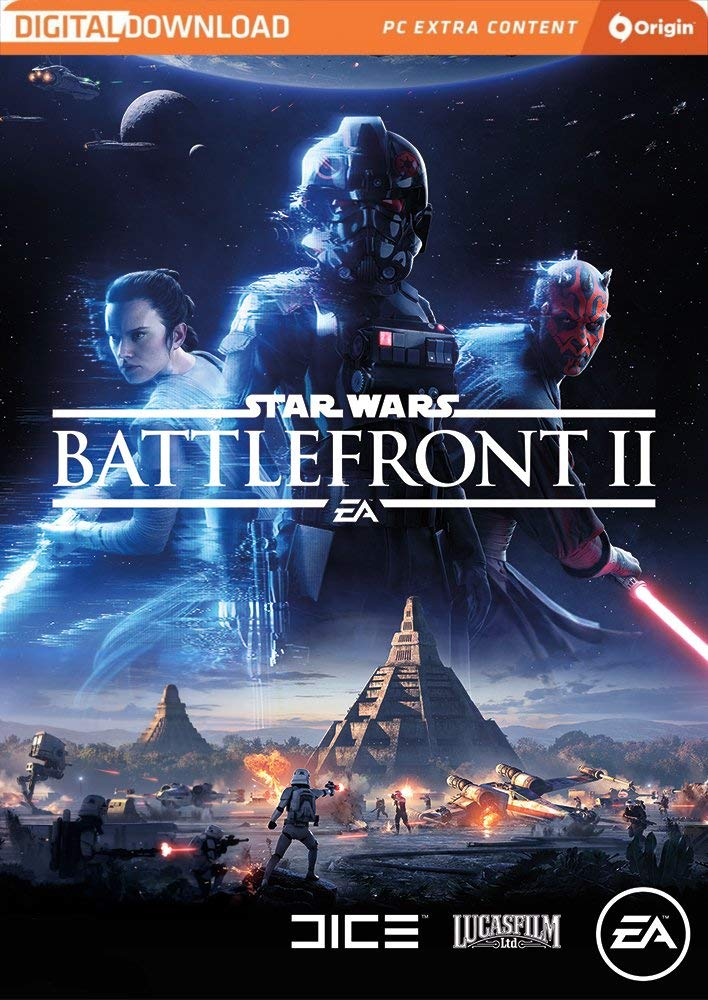 Cheaper than the Origin Black Friday sale Redeems on Origin.


Key Features:
A New Hero, a Story Untold
Jump into the boots of an elite special forces soldier, equally lethal on the ground and space, in an emotionally gripping new STAR WARS campaign that spans over 30 years and bridges events between the films' Star Wars: The Last Jedi; and Star Wars: The Force Awakens.

The Ultimate Star Wars Battleground
A Star Wars multiplayer universe unmatched in variety and breadth where up to 40 players fight as iconic heroes, authentic-to-era troopers and in a massive array of vehicles on land and in the air - as the battle rages through the galaxy.

Galactic-Scale Space Combat
Space combat has been designed for Star Wars Battlefront II from the ground up with distinct handling, weapons and customization options. Join your squadron and weave inbetween asteroid fields, fly through Imperial Dock Yards and take down massive capital ships as you pilot legendary starfighters in high stakes dogfights with up to 24 players and 40 AI ships.

Better Together
Team up with a friend from the comfort of your couch with two-player offline split-screen play. Earn rewards, customize your troopers and heroes, and bring your upgrades with you on the online multiplayer battleground.

Master Your Hero
Not just an iconic hero - your hero. Master your craft with customizable character progression. Upgrade abilities unique to each hero, trooper class, and starfighter. Use these abilities to adapt and modify your character's powers, either as lethal active effects on your opponents, helpful status boosts, or tactical assistance, to counter any opponent on the battlefront.
PostTweetShare Share with WhatsApp Share with Messenger
Community Updates
Amazon DealsAmazon discount code
If you click through or buy, retailers may pay hotukdeals some money, but this never affects which deals get posted. Find more info in our FAQs and About Us page.
New Comment Subscribe Save for later
19 Comments
26th Nov 2019
Great game, especially with all the new content, i just wish they'd give the pc version native splitscreen support, luckily there is a mod 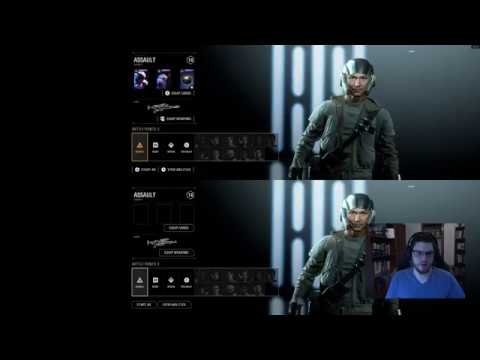 26th Nov 2019
Yes agreed this is totally worth it now, stripped of lootboxes, All dlc was free & still more coming out.
less than £4 and all dlc stuff free. Decent, serves EA’s right for being greedy in the first place though, I would have probably happily paid for an expansion pass or two considering the amount given away free
26th Nov 2019

Wow, thanks for sharing this.

Is the single player mode any good? I steered clear of this game when it first came out because it was loot box hell
26th Nov 2019

Single Player: It doesn't add anything new to FPS games, but that being said it is well-polished for what it is. Cinematic and on-the-rails for sure. But I still found it an enjoyable play-through. Its easily worth £3.74 anyway!
Edited by: "gareth.williamsH7H" 26th Nov 2019
26th Nov 2019

Wow, thanks for sharing this.Do many still play the multiplayer?

Not had any problems finding matches online
27th Nov 2019
Has this expired? When I follow the link it’s still up but when I sign in to my account to purchase it says unavailable due to geographical restrictions. I’m from the uk
27th Nov 2019
Turn your vpn off?
27th Nov 2019
Yeah my VPN’s off. It’s weird if I’m signed out it’s available but if I’m signed in it’s not
27th Nov 2019

wikihow.tech/Cha…zon
27th Nov 2019
Thanks buzz all sorted. Was still in the US from one of my many ‘trips’. I did try changing my location before messaging in here but was just changing the delivery address
Edited by: "Xaphan" 27th Nov 2019
27th Nov 2019
So does the standard edition contain all the DLC now?
27th Nov 2019

So does the standard edition contain all the DLC now?

DLC for BF2 has always been free so it comes with the base game. They dropped it as bits of content throughout the last two years rather than like how BF1 did it.
Edited by: "felton92" 27th Nov 2019
27th Nov 2019
How many maps is there now for the large game modes? Got bored quickly at launch and have they released the turning point game mode (no heroes but large maps) from the 2015 version yet? I got tired of multi heroes running around and one hitting over and over.
27th Nov 2019
Sweet
5th Dec 2019
deal ended!