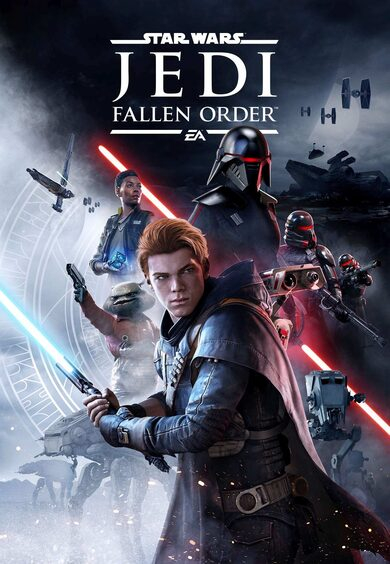 Payment is with credit card, 20p extra for PayPal Make sure to use code 2020TEN at checkout. 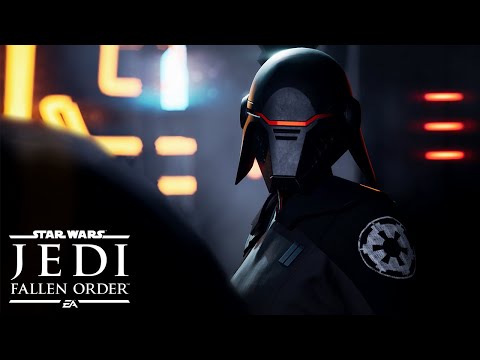 Star Wars Jedi: Fallen Order Origin key brings a single-player action-adventure game developed by Respawn Entertainment. Control one of the last standing Jedi, Cal Kestis, and face off against the ever-expanding Empire’s control. Use your lightsaber and numerous captivating Force abilities in your fight against some of the most challenging enemies all throughout the series. Embark on this epic odyssey head-on!

You’ll use your lightsaber plenty, that’s a fact. You’ll learn new skills and moves while you progress to become a one of a kind Jedi lord. Your character is still young in his training, so the potential is immense! Buy Star Wars Jedi: Fallen Order Origin key and combine your swordsman skill with the use of Force powers. Pull and push enemies, and even slow the flow of time. These are just the very few combat features out of a vast array of others that the game promises.
PostTweetShare Share with WhatsApp Share with Messenger
Community Updates
Eneba Deals
New Comment Subscribe Save for later
20 Comments
6th Feb
Decent price for this, I enjoyed it- reasonable little Star Wars romp for the price but not particularly challenging. Heat from me
6th Feb
Didn't think it would drop under £25 so quickly
6th Feb
It's not a long game, you might want to consider £15 Origin Premier and then try some other new games too.
6th Feb
Now it's under £25 why do I want to wait till it's under £20?
6th Feb
Will love them to make a star wars game like this but like kotor were u get ur own ship and travel to differant planets open world would be so good
7th Feb
From what I have seen of this game it is a poor mans Uncharted with lightsabers...was not impressed.
8th Feb

uncharted is a poor mans Tomb Raider :P
8th Feb
Came to £23.61 when I tried it for some reason. Still not bad but they also charge £1.76 for using PayPal. However this works out cheaper than CDKeys who do not charge so... eh.
8th Feb

So why'd ya come here?

To comment as I did. I gather you disagree and think it is a great game...it gets mixed reviews.
10th Feb

Not tried it but thinking about buying it. However, imo there's no point coming to this thread stating you don't like it really. Perhaps you're trying to discourage others but really you should let them decide for themselves.
10th Feb

Opinions and people's interest in a discount are two different things, keep it where it belongs.
Edited by: "taishifox" 10th Feb
11th Feb

Interestingly you are still trying to tell me how to conduct myself on this forum after what I have already said.

I think you will find nearly all threads on here have comments with opinions about the product in question, including your own ranted opinion in one of the paltry 6 deals you have posted in the last 6 years of registration.
11th Feb

It would be a bit of a pointless place if people didn't make it a community and gave some opinions on the deals that are being posted.

Negative or Positive should be encourage so that the members can make an informed decision.

It's not based on the deal but the game it's related to. It's still a good deal, whether he likes it or not is rather irrelivant here. Like I said; keep it where it belongs, ie a game website or something. It amazes me that people seem to think they can just do what they want where they want how they want,. not enough discipline and too many ignorant people these days if you ask me.
Edited by: "taishifox" 11th Feb
11th Feb

What's more interesting is you still act like your status gives you some kind of right when FYI it does not.
11th Feb

I've always thought that the more info on a product that I'm buying is better. It's great I can often find the cheapest price on here however just because it is bit cheaper doesn't mean I'll make the purchase now.
He's left a comment that is relevant to the thread in which it is posted unlike this conversation.
11th Feb

Wrong, I mentioned it because I am a VIP through posting deals and being helpful..also have been here for 14 years so have a clear indication about how threads are conducted and run.

I am clearly telling you that you are wrong to tell me how I should be conducting myself on this very forum, and that you are also wrong...let me reiterate again.....

' I think you will find nearly all threads on here have comments with opinions about the product in question, including your own ranted opinion in one of the paltry 6 deals you have posted in the last 6 years of registration.'
11th Feb

If that comment is based around myself posting an opinion on here you do realise that insults on here are frowned upon and can lead to suspensions.
15th Feb

If you consider constructive criticism and stating a fact an "insult" then that's not my problem. We have a couple of sayings here; if the cap fits wear it and truth hurts. There's a difference between making a general statement and actually insulting someone. For someone who has been around alot on a forum you seem to lack social understanding and your mannerism and attitude could certainly do with some work, it comes across quite arrogant.
Edited by: "taishifox" 15th Feb