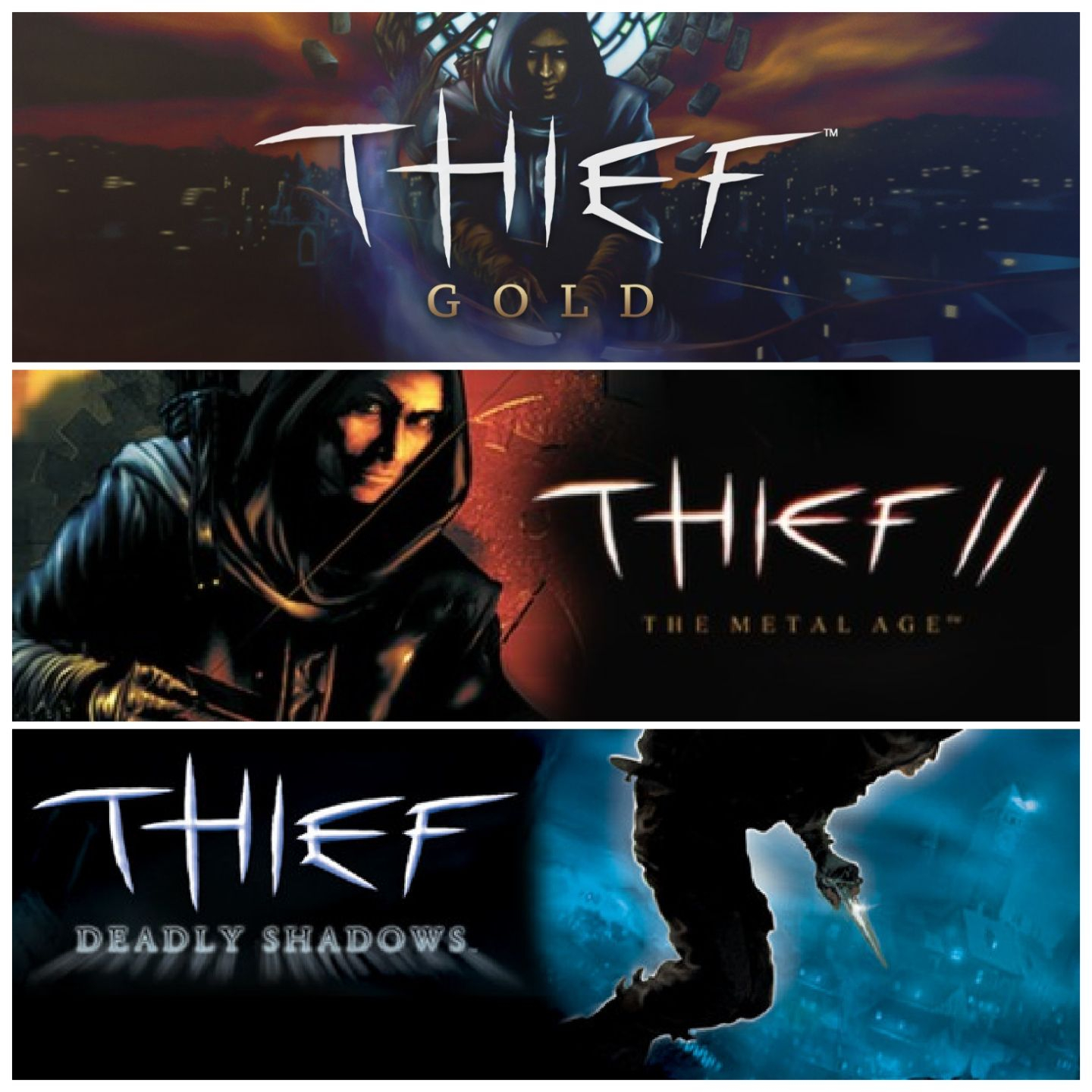 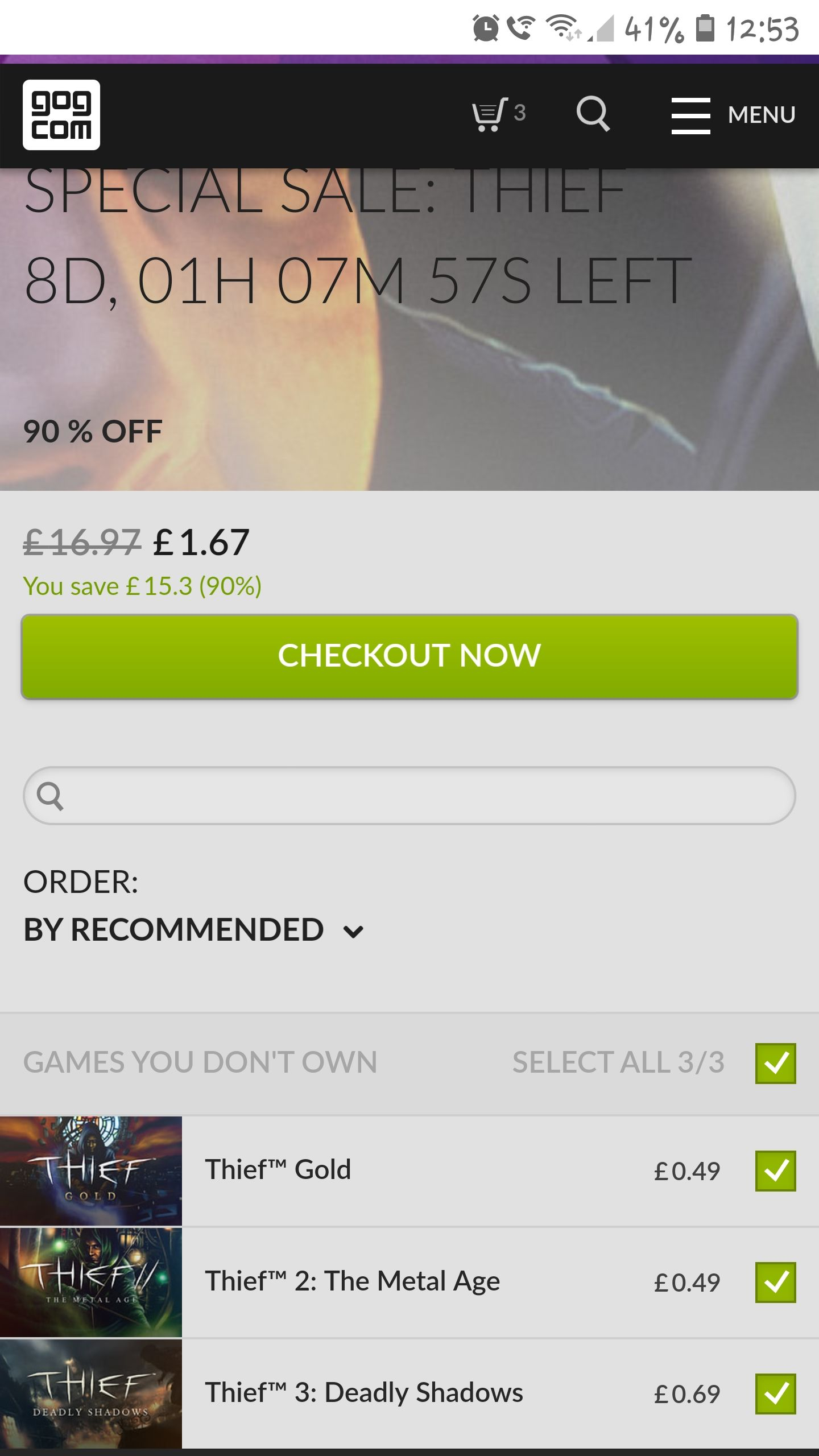 Having received training from an enigmatic organization known as the Keepers, Garrett leaves the order and goes back to the life of a thief on the streets of the City. Once you enter the underworld you have to deal with all the consequences - you are not the only one out there looking for decent loot. Hide in the shadows of the dark, savage city. Sneak into old ruins, haunted cathedrals and mansions of the rich. Incapacitate your enemies quietly or in an open fight. This unique sneak-em-up game provides you with a range of means to achieve your goal. Remember though - secrecy is your best friend.

THIEF™ GOLD is a first-person perspective stealth game. It was the first game to use light and sound gameplay mechanics – different surfaces cause varying noise (for example carpets are quiet and ceramic tiles are very loud). You can use sound to your advantage - it’s not only your main source of information on how close your enemies are but you can use it to distract them, for example by throwing objects. With unscripted levels, and objectives and paths altered based on difficulty settings, THIEF™ GOLD can give you hours of non-repetitive gameplay.

Thief™ II: The Metal Age gives you a chance to revisit the dark streets of the City, now changed by the Order of Mechanists, a new cult which has embraced many of the followers of the fallen religion of the Hammerites. In a world of steam robots and cameras Garrett will have to face a new opponent - Sheriff Gorman Truart, a lawman determined to rid the City of all criminals, starting with master-thief Garrett. Equipped with a new set of tools, including flash mines and scouting orbs, Garrett has to keep himself alive and unveil the secret behind Truart's actions. Starts out looking as a simple case of corruption will eventually become much more, and Garrett again finds himself a reluctant savior--but that doesn’t mean he’s not going to rob the City blind while he saves it!

Are you the sneaky type? Do you have a problem with the concept of personal property (unless it's your's)? Do you feel that shadows are your best friends? Thief™ II: The Metal Age will provide you with hours of stealth and thievery, just the way you like it.

In the third installment of the Thief™ series, master-thief Garrett is contacted by Keeper Artemus with a mission to steal two valuable artifacts. At the same time, Garrett learns about a prophecy: the coming of a Dark Age. He embarks upon a journey to unravel a mystery that threatens the existence of the order of Keepers. Is it possible that there is a traitor in their midst?

The stealth and thievery game, Thief™: Deadly Shadows comes with a number of improvements over two previous parts. Released in 2004, it left behind the aging Dark Engine, using a heavily modified Unreal engine instead. Realistic lighting effects have been implemented: each character and object now casts its own shadow. A third person's view has been made available in addition to the standard first person perspective.

The stealth system that made Thief™: The Dark Project and Thief™ 2: The Metal Age famous is still in place. You have to stick to the shadows and avoid making noise, as guards will react to anything suspicious. It is also the first game of the series that introduced free roaming. The City, divided into several unlockable districts, is yours to explore. You can interact with the city's inhabitants: pickpocket, steal, or even mug them for loot.