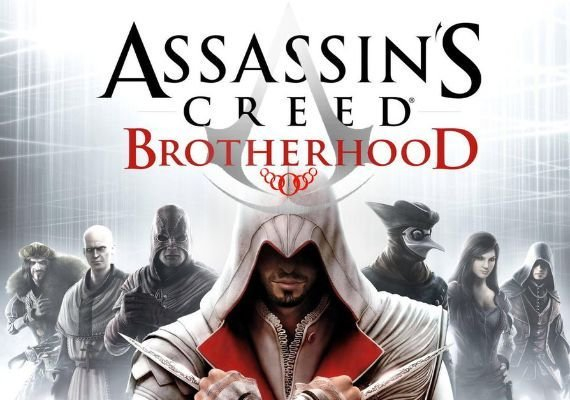 £3.09MMOGA Deals
2
Get deal*Get deal*
2Get deal*Get deal*
Posted 27th Mar
Following on from the deal I posted for Assassin's Creed 2, this is the direct sequel to that game. I originally bought AC2 because I remembered playing it ages ago but turned out it was Revelations I played. Now I'm into the storyline, so I'm playing the games in order and despite the confusing titles, this is the next game in the list!

I wanted a game I could play with my PlayStation controller on my non-gaming laptop. There have been times in playing 2 where the frame rate dropped but it has only been during cutscenes where it is rendering the scenery from funky angles and whatnot, during gameplay it has been perfectly smooth. The laptop has an AMD Ryzen 5 2500U 2.0 GHz processor with onboard Vega Mobile graphics and 8 Gb RAM outputting to 1080p with the graphics settings on medium.

This key lets you download the game through Uplay which is required to play the game however you get the key (i.e. through Steam). Once the game is downloaded, you can add the game to your steam library. The Uplay interface also allows you to access and install cosmetic add-ons like costumes with points you earn through the game. It also provides access to "The Da Vinci Disappearance" which is a free DLC for the game taking place after the main story has ended.

Happy gaming everyone and please stay at home and stay safe.
PostTweetShare Share with WhatsApp Share with Messenger
Community Updates
MMOGA DealsMMOGA Discount Codes
New Comment Subscribe Save for later
2 Comments
28th Mar
A classic. Ahh the nostalgia
28th Mar
This should give me the stealth training i need to survive a trip to the shops.