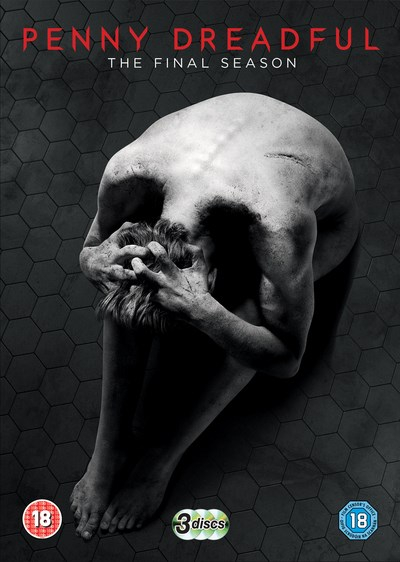 All nine episodes from the third season of the supernatural drama series starring Eva Green, Timothy Dalton, Billie Piper and Josh Hartnett. Drawing inspiration from numerous pieces of 19th century Gothic literature including Mary Shelley's 'Frankenstein', Bram Stoker's 'Dracula' and Oscar Wilde's 'The Picture of Dorian Gray', the series follows Sir Malcolm Murray (Dalton) and Vanessa Ives (Green) who come up against various supernatural threats in Victorian London. In this season, Sir Malcolm travels to America to rescue a captured Ethan (Hartnett) while Vanessa becomes increasingly uneasy as an evil presence arrives in London. The episodes are: 'The Day Tennyson Died', 'Predators Far and Near', 'Good and Evil Braided Be', 'A Blade of Grass', 'This World Is Our Hell', 'No Beast So Fierce', 'Ebb Tide', 'Perpetual Night' and 'The Blessed Dark'.
PostTweetShare Share with WhatsApp Share with Messenger
Community Updates
Zoom DealsZoom voucher codes
If you click through or buy, retailers may pay hotukdeals some money, but this never affects which deals get posted. Find more info in our FAQs and About Us page.
New Comment Subscribe Save for later
1 Comment
1st Jan
Heat for the price. A rushed final season and an underwhelming conclusion. This was great up until that point. Such a pity.