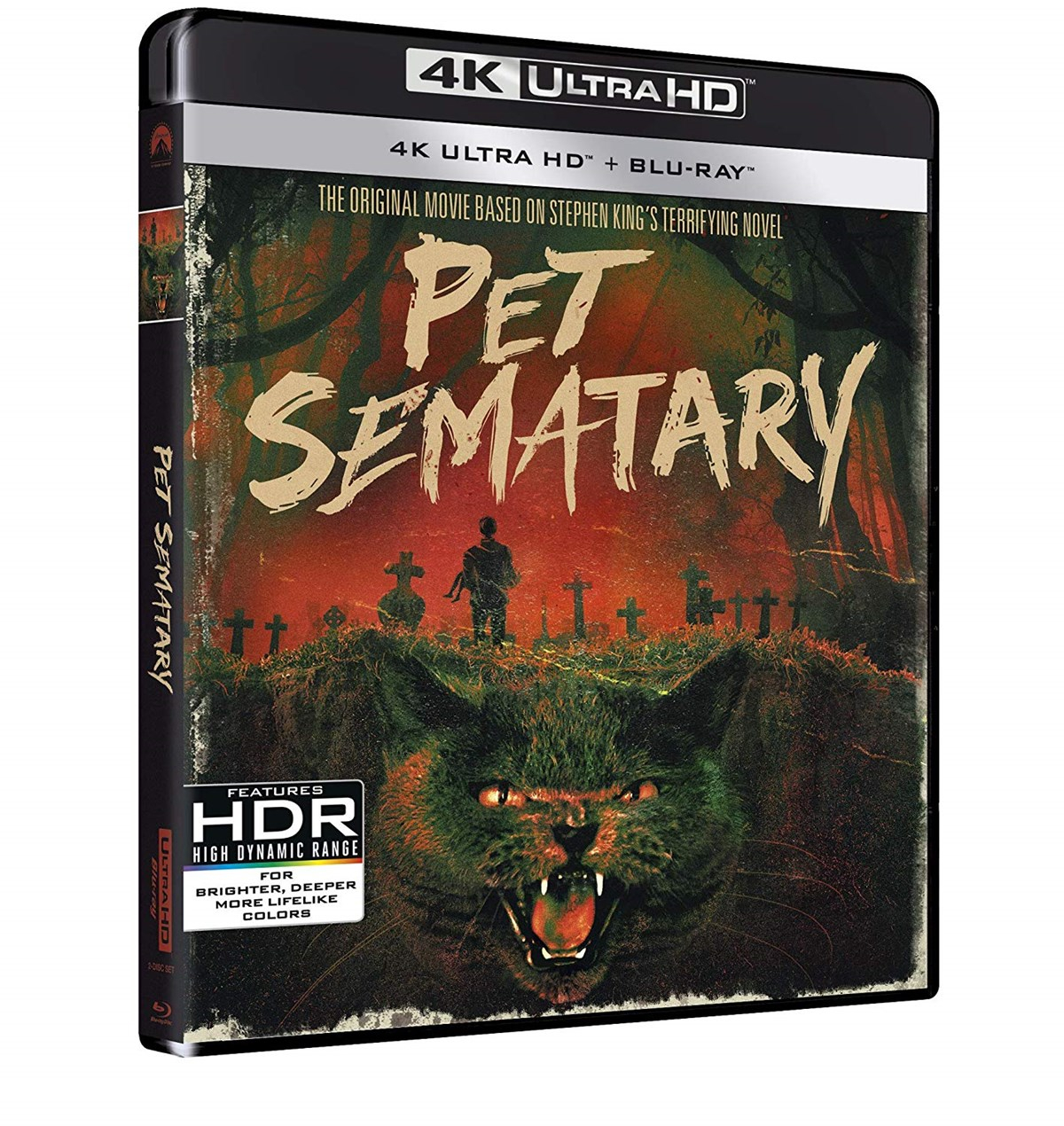 Cracking price for this

The terrifying tale by Stephen King is also a beloved adaptation of the best-selling author's work. Newly remastered in 4K for its 30th Anniversary, Pet Sematary follows the tragic story of the Creed family. After their cat is accidentally killed, a friendly neighbour advises its burial in a mysterious nearby cemetery. When the cat comes back, it's only the beginning of an unthinkable evil leading to hell and back. Sometimes, so it seems, dead is better.

Disc 1 - 4K ultra HD + special featuresFear and remembranceA look back at this classic with the cast and crew of 2019's Pet SemataryRevisitation - new interview with Mary LambertDirector Mary Lambert shares memories of the movie.3 new behind the scenes image galleriesIncluding never before seen storyboardsCommentary by director Mary LambertDisc 2 - Blu-ray + new and original special featuresStephen King Territory. The characters. Filming the Horror.
PostTweetShare Share with WhatsApp Share with Messenger
Community Updates
Zoom DealsZoom voucher codes
New Comment SubscribeSave for later
2 Comments
30th May
Oft, the ankle scene in UHD sounds grim Think I might have to grab it. (not your ankle)
30th May
To this day this is still probably the movie that scared me the most theres an atmosphere about it ive just never experenced with any other horror