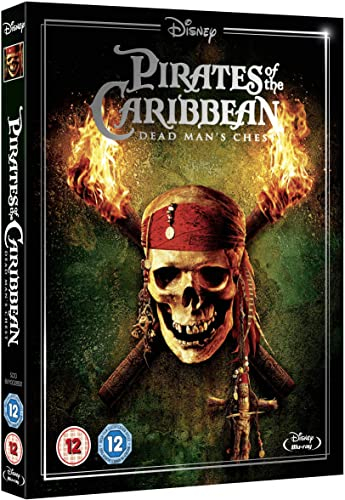 Captain Jack Sparrow is back in this adventure sequel. Once again thrown into the world of the supernatural, Jack (Johnny Depp) finds out that he owes a blood debt to the legendary Davy Jones (Bill Nighy), Captain of the ghostly Flying Dutchman. With time running out, Jack must find a way out of his debt or else be doomed to eternal damnation and servitude in the afterlife. But Jack will not give in without a fight, which is especially bad news for Will Turner (Orlando Bloom) and Elizabeth Swann (Keira Knightley), who always seem to get caught up in Jack's mishaps. If Jack can't find a way to rid himself of Davy Jones once and for all, it may just spell the end for the three adventurers.
PostTweetShare Share with WhatsApp Share with Messenger
Community Updates
Amazon DealsAmazon discount code
New Comment Subscribe Save for later
2 Comments
14th Apr
They are all unwatchable apart from the first one.
14th Apr

In my opinion, they are all unwatchable apart from the first one.