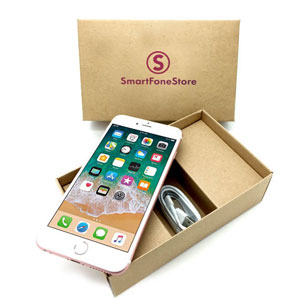 Nice picture of an iphone!

That's Android users for you, they secretly want an iPhone

A device in average used condition. Ideal for kids (or clumsy adults!!) who are likely to bump and scratch the device anyway!

As Mrswitch said, I would avoid this 'Good' grade. For the price you could have brand new Mi 8 or Pocophone and then just load Pixel Rom, you won't see a difference then why pay more.

How do you load the pixel rom?
28th Jan

You'll see a difference in the camera. Even using the rom or gcam app (both of which are a bit of work for the average user) the pics will still be a step down from the pixel 3 range, even the 3a.

If there's one thing Google have managed to do well in the Pixel range, it's cameras...at least until the mess that is the Pixel 4.
28th Jan

Well, maybe, not a huge difference on DXOmark though, they bioth share the same sensor, and Mi 8 will have advantages in other areas as well.

The 12.2-megapixel, f/1.8 aperture-toting Sony IMX363 sensor that Google has used on the Pixel 3a XL is the same as the one found across the rest of the Pixel 3 range. It’s a rather unassuming piece of hardware found in other phones like the Asus Zenfone 5 and Xiaomi Mi 8. It’s leveraged to decent effect but in Google’s hands, it’s outstanding, lending the 3a XL series camera credibility.

PS. Not saying Pixels are bad phones, but for the price (Brand New Mi 8 vs Scratched 3a plus £40) I see one clear winner here .
Edited by: "pablomalin" 28th Jan
28th Jan

How do you load the pixel rom?

Fair enough. I'm yet to be convinced by DXOmark given that pretty much every new flagship seems to get the new top score even though real-world photos don't often seem to hold up to that ranking, but then I guess there's a lot of personal preference in whether you prefer overly saturated vs more realistic etc.

I know Asus and Xioami have both made great strides in their devices in recent years, and I would seriously consider both if not for their skins and the desire to not have to break warranty and mess around with flashing roms. I guess it all comes down to personal preference though.

I am not a huge fan of used phones like this because chances are they will have more scratches and dents than any phone I've owned (why people don't invest a few pounds in decent cases and screen protectors is really beyond me) but I'm just saying that a Mi 8 and flashing a rom is not exactly a like-for-like for the average consumer, especially if they are getting it for the camera.

You make a great suggestion for someone wanting a cheap, good spec phone though.
29th Jan
I was able to compare the photo quality between the Pixel 3a and a One Plus 3T running a GCam port and to be honest there was very little difference when pixel peeping. Night Sight works fine on the One Plus 3T, providing amazing hand held results which I couldn't match with my Sony RX100 mk2. The only mode that didn't work was slow motion video, which isn't a deal breaker for me.

In the end I preferred the ergonomics of the One Plus 3T, which uses the chin for buttons unlike the Pixel 3a, negating the advantage of the Pixel 3a tall thin screen. The only disadvantage with the One Plus 3T is that it is limited for future versions of GCam as the official One Plus updates have stopped at Android 9 (I don't use ROMs). XDA developers have got links to GCam ports for many Snapdragon mobiles.