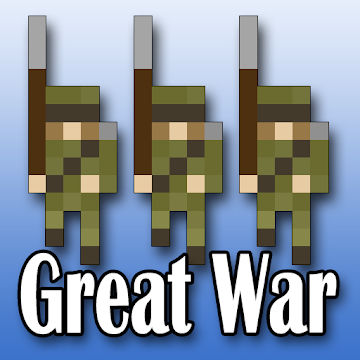 Has a rating of 4.4, with no in-app purchases or ads.
Android only - enjoy! Pixel Soldiers: The Great War is a simple to play, but difficult to master turn based strategy game set during the First World War. You will choose to command the armies of either the Entente (France, Britain and Russia) or the Central Powers (Germany, Austria and the Ottoman Empire).

You will fight from 1914 to 1918 on the Western Front and Eastern Front. You will land on the beaches at Gallipoli, desperately hold or seize the important city of Verdun and try to achieve a breakthrough on the Somme.
PostTweetShare Share with WhatsApp Share with Messenger
Community Updates
Google Play DealsGoogle Play voucher
New Comment Subscribe Save for later
2 Comments
1st Mar
Thanks op!
1st Mar
Make War Great Again