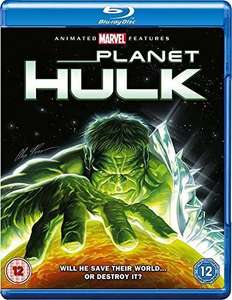 Animated adventure based on the Marvel Comics characters. Betrayed by Earth's heroes and exiled into outer space, the man-monster Hulk (voice of Rick D. Wasserman) lands on the distant planet Sakaar, ruled by the tyrannical Red King (Mark Hildreth). After being sold into slavery, Hulk becomes the planet's mightiest gladiator, but his new masters soon find out they've got much more than they bargained for. The cast also includes Marc Worden, Lee Tockar and Liam O'Brien.