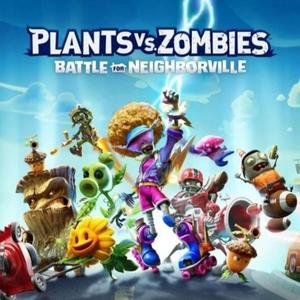 Ok thought would post this as my boy is a mad pvz fan and had email about buying the founders pack today 6 weeks early at a reduced price ie xbox with ea access £22.49 so it is a deal as once released officially its £34.99 and reading through the founders pack details it is exactly the same as the standard game when released (even shows as owned on store) so hope it helps other fans whos been waiting for its release.
PostTweetShare Share with WhatsApp Share with Messenger
Community Updates
EA Games Deals
If you click through or buy using any of our links, retailers may pay hotukdeals some money, but this never affects which deals get posted. Find more info in our FAQs and About Us page.
New Comment Subscribe Save for later
43 Comments
5th Sep 2019
Nice! Ordered love the first two so this was a no brainer.
5th Sep 2019
Worth noting that this Founders Edition is only available until 18th October, at which point it will become unavailable and replaced with the Standard Edition which will be priced at £34.99
5th Sep 2019
Already bought this morning ready for me coming home in 2 weeks. My 2 boys love it and to be fair i play too and really like it. Once it reverts to the standard edition i believe you can pay the extra £10 and upgrade to the deluxe edition
5th Sep 2019

Sorry - I meant to emphasise the £10 reduction here as as the deal, not that you'd lose anything by purchasing this.
5th Sep 2019

Ahh I'll have to look into the deluxe i did read anything earned in the 6 weeks run up to its standard release is carried across.
5th Sep 2019
Excellent deal! I loved the first 2, I’m hoping this will be just as good
5th Sep 2019
Bought this morning on Origin for£25. Never got around to playing the PS4 beta, is it any good?
5th Sep 2019
Such a shame PvZ is now just a generic third person shooter with towers, miss the original formula but EA selling a game for under £50 is really surprising
5th Sep 2019
Decent game, with loads more to come over the coming weeks. Plus you get some rare items for logging in each week.
5th Sep 2019

Founders is only available until September 30th! Then it'll be gone and you won't be able to buy the game in any form until 18th October. EA Access / Origin Access get the 10hr trial from Oct 15th.

Game is great so far, definitely feels like some things still need tweaking / improving like balance and smoothness but what's here is still great. PvP is pretty Overwatch'y with a ton of customisation, but PvE is absolutely great in coop especially - a mini open world area with a whole lot of hidden collectables and puzzles along with quests etc.
5th Sep 2019
So Picnic was just the Beta name?? Was enjoyable and liked the single player
5th Sep 2019

You really haven’t played much of either Garden Warfare game if all you deem it as is a generic 3rd person shooter with towers. Especially the 2nd game.
5th Sep 2019

The Founders edition is going to be updated weekly untill the full release on 18th October for £35 but if you buy the Founders edition now you don't need to buy the game again you keep it so it works out cheaper buying it now.
Edited by: "MWilky90" 5th Sep 2019
5th Sep 2019
Will have to show my son this he really enjoyed the other ones
5th Sep 2019
Bought this for my PVZ loving 11 year old son last night - he thinks its fantastic and well worth his pocket money.
5th Sep 2019
I love PvZ so this was a no brainer (sorry) anyway.

It's cheaper if you have EA Access, however you should be able to buy it without. However the game does require you having online access.
5th Sep 2019

They still make the mobile games too, PvZ3 is in Alpha ATM.

And i believe anything earned is carried across.
5th Sep 2019
What a weird name considering this is Garden Warfare 3 in all but name. Not even sure whats new about it other than 2 extra characters. Will be f2p mechanic choc-a-block anyway
5th Sep 2019
That fact that they haven't called it 3, makes it suspect...
5th Sep 2019
This is all well and good but they will probably throw it on EA Access straight after it comes out.
Edited by: "ArcAndPie" 5th Sep 2019
5th Sep 2019

Guys not looked at this yes, how bad is the ingame purchase items?

Right now there's none. On October 1st their battle pass begins, called "Festivals. They'll be free with the option to pay for level skips basically. Same as Fortnite does only the battle pass itself is free. Sounds extremely fair on paper.
Edited by: "lucifon" 5th Sep 2019
5th Sep 2019
as much as i enjoyed PVZ: Garden Warfare 2 i wish theyd return to their roots and make another base defense game like the original
5th Sep 2019
Disappointed to find the PC version has the split screen omitted. Would have much preferred to have bought it there. Console version it is for co-op then
Edited by: "CraigDn" 5th Sep 2019
5th Sep 2019
Just ordered after checking for split screen local co-op, looks like it's only on console for some reason but xb1 has local multiplayer split screen co-op in all modes apparently, plenty of content in the previous games and great games to play with the kids.
Edited by: "worto03" 5th Sep 2019
6th Sep 2019
On my son's dashboard it is £22.49 with ea access or £24.99 without
Edited by: "moschops1" 6th Sep 2019
6th Sep 2019
Bought, thanks for heads-up.
6th Sep 2019

Can you share an EA code for ps4? Sorry i don't have ea access and my son wants this game. Thanks
9th Sep 2019
Does anyone have a code for xbox1
9th Sep 2019
I just went onto electronic first, bought a £25 code for £22 then bought the game