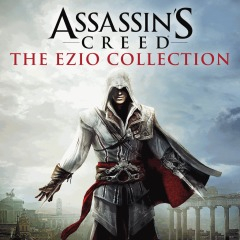 Good price for those that want the digital version, can be picked up for a similar price on physical disc version.

Play as Ezio, the most iconic Assassin in the franchise, and follow his journey from a young man learning the ways of the Assassins in 15th-century Renaissance Italy, then into Rome where he takes leadership of the entire Brotherhood of Assassins. Finally embark on Ezio’s final adventure in 16th-century Constantinople, as he walks in the footsteps of his great mentor, Altaïr, on a journey of discovery and revelation.

Great price, when was that?
23rd Feb

Great price, when was that?

Got mine a while ago on Xbox One. It looks like it was that price a few months ago but for some reason PS4 price doesn't go that low (for now).