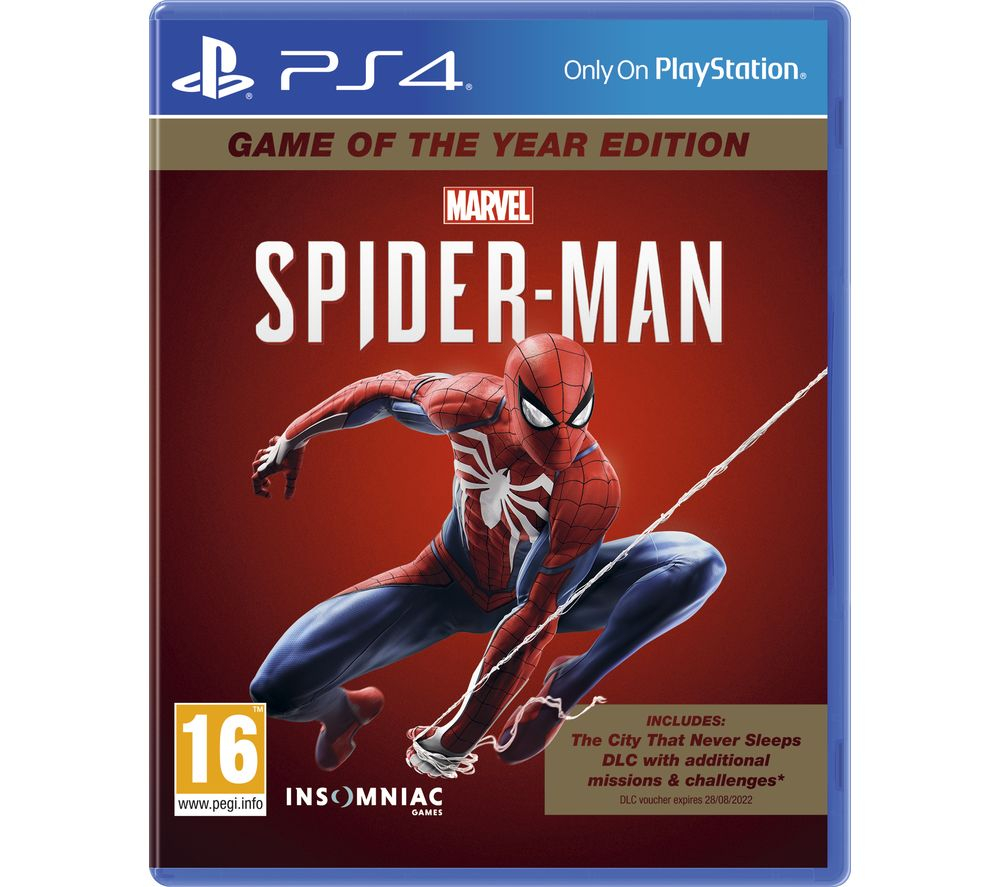 In Marvel's Spider-Man: Game of the Year Edition, you'll get the full original game, as well as three post-launch story chapters with new characters and missions.

As familiar enemies team up to create the Sinister Six and complete a prison breakout, it's your job to help save the day and restore order in a disrupted city.