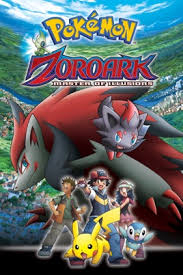 How about some Pokemon fun, a total of 12 fan favourites movies are free here to Stream from the Pokemon Site.

The movies individually are £3.49 each.

Edit: 3 more movies have been added taking the total to 12 movies now 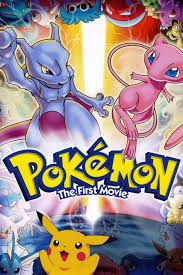 The adventure explodes into action with the debut of Mewtwo, a bio-engineered Pokémon created from the DNA of Mew, one of the rarest Pokémon of all. After escaping from the lab where it was created, Mewtwo is determined to prove its own superiority. It lures a number of talented Trainers into a Pokémon battle like never before—and of course, Ash and his friends are happy to accept the challenge! 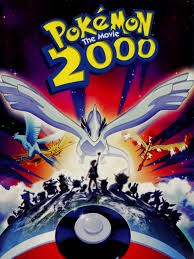 Ash and his friends are on their journey through the Orange Islands—but even this seemingly quiet chain of islands dotted throughout the waters far south of Kanto has its own mysteries, adventures, and Legendary Pokémon! Lawrence III certainly knows it, which is why he's now traveling to the different islands and capturing the three Legendary birds—Moltres, Articuno, and Zapdos. But even with all their power, those three are merely a stepping stone to an even greater prize: Lugia, the guardian of the sea! 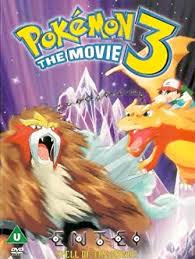 A crystal catastrophe is unleased upon Greenfield, and Ash, Pikachu, and friends must figure out how to undo the damage to the once-beautiful town. But the unthinkable happens when Ash’s mom is kidnapped by the powerful Entei, a Pokémon thought to have existed only in legend. Now Ash must go to her rescue, uncertain of what he’ll uncover when he unlocks the real secret power behind the unbelievable turn of events: a young girl whose dream world is being turned into a nightmarish reality by the mysterious and unstoppable Unown! 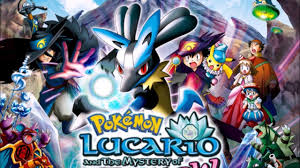 Hundreds of years ago, Camaron Palace and its people were saved by the noble sacrifice of Sir Aaron, an Aura Knight. From that day forward the people have always honored his deeds with an annual festival. Of course, Ash isn't really much of a history buff—he's more interested in the Pokémon competition being held! Only when he wins and is asked to don the ceremonial role of Aura Guardian does Aaron's importance become clear—especially when Lucario emerges from Aaron's staff! Aaron isn't a hero to this long-dormant Pokémon—all Lucario remembers is the master that betrayed it! 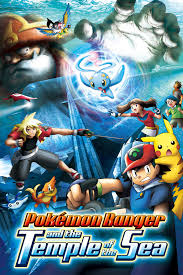 Pokémon Ranger and the Temple of the Sea (2007) 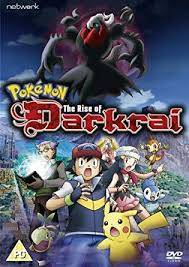 Ash may think he's seen everything when it comes to Pokémon, but is he ready to face the mysterious Darkrai in his latest awesome adventure?

While on their way to a Pokémon Contest, our adventurers pass through Alamos Town, home of the Time-Space Tower. With the beautiful Alice, Ash and his friends discover that something is causing terrible nightmares for Pokémon and people alike! Baron Alberto, a dashing but arrogant fellow, immediately blames this turn of events on Darkrai. 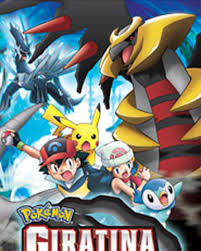 Giratina is the sole Pokémon living in the Reverse World, a little-known realm adjacent to our own. Enraged when Palkia and Dialga disrupt time and space, it drags Dialga into the Reverse World for a battle—but the conflict is broken up by a tiny Shaymin, the Gratitude Pokémon! 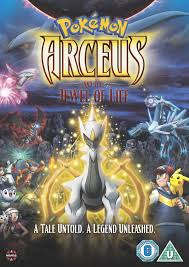 Get ready for the latest Pokémon movie, Pokémon: Arceus and the Jewel of Life! This final installment in a three movie story arc reveals that the Legendary Arceus is at the center of the recent disruptions in the Pokémon World. First the epic battle that threatened to tear a hole in the space-time continuum took place between Dialga and Palkia. Then Giratina, the sole defender of the Reverse World, had to take action to protect the precarious balance of its home and the Pokémon World. Now, Michina Town is at the heart of the action. The town has a long history and checkered past in relation to the mighty Arceus—after Arceus granted the townspeople some of its power as the Jewel of Life, they betrayed the Pokémon! 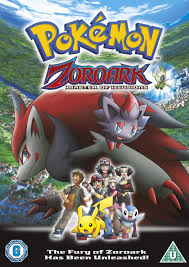 It is the most anticipated event of the year, and as hundreds flock to Crown City to watch the exciting competition unfold, Ash, Pikachu, and his friends encounter a mysterious new Pokémon they have never seen before. 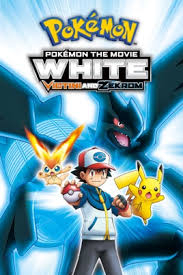 Pokémon the Movie: White—Victini and Zekrom (2011)

During their travels through the Unova region, Ash and his friends Iris and Cilan arrive in Eindoak Town, built around a castle called the Sword of the Vale. The three Trainers have come to compete in the town’s annual battle competition, and Ash manages to win with some unexpected help from the Mythical Pokémon Victini! It turns out Victini has a special bond with this place... 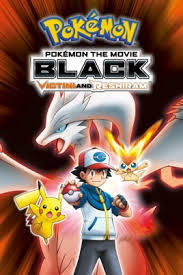 Pokémon the Movie: Black—Victini and Reshiram (2011)

During their travels through the Unova region, Ash and his friends Iris and Cilan arrive in Eindoak Town, built around a castle called the Sword of the Vale. The three Trainers have come to compete in the town’s annual battle competition, and Ash manages to win with some unexpected help from the Mythical Pokémon Victini! It turns out Victini has a special bond with this place... 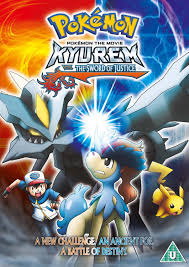 Pokémon the Movie: Kyurem vs. The Sword of Justice (2012)

Ash and Pikachu, along with their friends Iris and Cilan, are on a train headed to the next stop on their journey. From the train, Ash spots an injured Pokémon—one he’s never seen before. He’s trying to figure out how he can help when the train is attacked by the Legendary Kyurem, a Dragon-type Pokémon with immense power! Ash and the others barely manage to escape the rampaging Kyurem’s attack, and as the dust settles, they turn their attention to the injured Pokémon. Their new acquaintance turns out to be the Mythical Pokémon Keldeo, and it’s on a mission to rescue its friends—Cobalion, Terrakion, and Virizion, the Legendary Pokémon known as the Swords of Justice—from Kyurem’s icy clutches!

Yes! The one in the weird language, I thought it was so cool.
2nd May
I stopped watching both the movies and tv show just after the 3rd movie came out (legendary dogs). I want to watch ALL OF IT; but my god it's intimidating now >_>
3rd May

I have Mewtwo and Mew, both movie promos, thought I got both from first movie but such a long time ago
3rd May
I can't find a way to play the movies. When i click on any of them it just shows a page with a description but nothing to play. I'm on my phone.
3rd May

Edit. The links above work. Going to "get deal" didn't work
Edited by: "jameshothothot" 3rd May